A police officer assigned to Stuttgart's inner city and cybercrime cases has been named Miss Germany. Nadine Berneis beat 15 other finalists for the title billed as Germany's longest-running beauty contest. 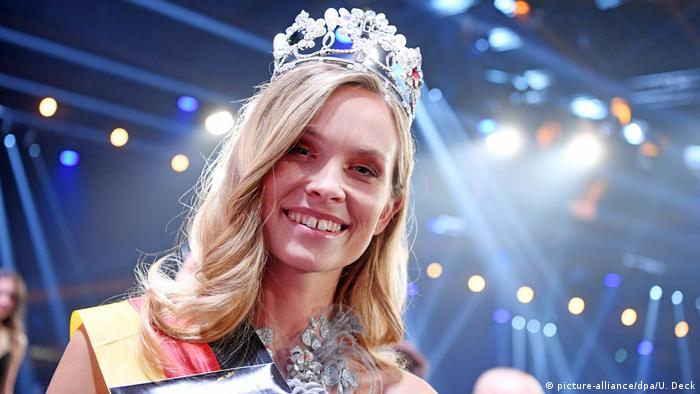 Freshly crowned Nadine Berneis said Saturday she would apply for one year's leave from her Stuttgart police precinct for her new role as German beauty emissary.

"My dream has come true," said Berneis, originally from Dresden in Germany's eastern state of Saxony, and an enthusiast of endurance fitness training and cycling.

The 28-year-old was picked by a four-member jury, including the British dancer Nikeata Thompson and former German "law-and-order" federal parliamentarian Wolfgang Bosbach.

Second-placed was Pricilla Klein, a 23-year-old student from Hamburg. Top-placed Berneis' prize includes a year of travel, a car and clothing.

For the first time, contestants paraded solely in evening gowns and leisure wear. Organizer Max Klemmer said swimwear would no longer be part of the contest that at the outset saw 9,500 applicants go through 104 regional primaries.

Klemmer is a third-generation member of the concern MSG founded in 1960 and based in Oldenburg in northern Germany. Since 1993 it has also run a Mister Germany event. 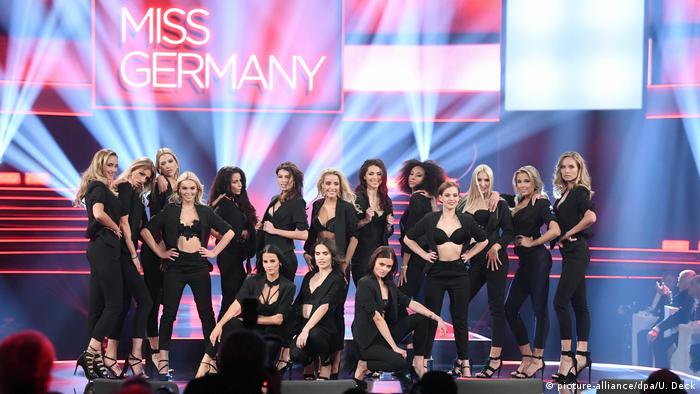 Previewing her bid in an amateur video, Berneis said her move from Saxony to begin her police training at Biberach near the southwestern city of Ulm, then aged only 18, meant learning the markedly different German dialect in Baden Württemberg.

"At the start, I had problems with the dialect ... the tutors made no extra [compensatory] effort, but despite everything I coped really well and through the training and the vocation, in general, I became a truly self-confident woman.

"I would recommend to everyone to do that; to leave home at an early age to develop self-independence without the parents," she said in the video.

On patrol in heavy gear

Her initial assignment for one-and-a-half years was to a police squad based in Bruchsal, near Mannheim, deployed for crowd control at football matches and demonstrations.

"I've been a police officer for 10 years and have never regretted whatsoever that I've chosen this path," said Berneis, who now faces a year out as a fashion celebrity.

Miss Germany's 2018 winner Anahita Rehbein, also from Stuttgart, told the German news agency dpa on Friday that she planned to return to university and complete her bachelor's degree in educational science.

She hoped to work subsequently in personnel management, preferably in a fashion concern, Rehbein said.