How the Bundesliga is responding to the energy crisis | Sports | German football and major international sports news | DW | 17.08.2022

How the Bundesliga is responding to the energy crisis 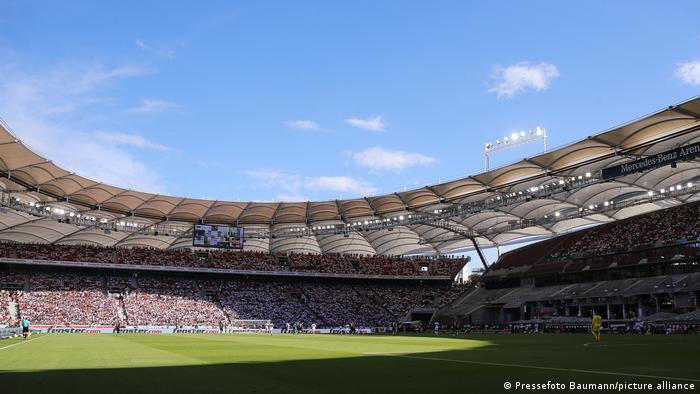 In Stuttgart and other Bundesliga stadiums, the floodlights are often turned on during afternoon games

Freiburg say they are "well positioned in some areas" to cope with the soaring energy prices in Germany. In a written response to a DW query, the southwestern Bundesliga club said it had long sought to "make itself independent of price fluctuations" while drawing on "sustainable energy."

The club's new stadium, which began operation just last month, is indeed on the cutting edge when it comes to the use of renewable energy.  A total of 6,200 solar panels on the roof of the Europa-Park-Stadion generate a peak output of around 2.4 megawatts. The only stadium in the world that can top this is that of Istanbul club Galatasaray, which has 10,400  solar panels that produce 4.2 megawatts.

With more than 1,700 hours of sunshine per year, Freiburg is considered the sunniest city in Germany. The stadium's projected electricity needs are to be completely covered by the photovoltaic system. The stadium's entire heating needs – including the energy-intensive under-soil heating system – come from waste heat generated by a nearby chemical plant.

Bayer Leverkusen use more efficient district heating and green electricity instead of gas or oil to power their stadium.

"This means we are using two energy sources that are not directly affected by the current critical supply situation," the club told DW. "And the fact that we generally buy green electricity well in advance gives us long-term energy security."

In addition, the club has long been working to optimize its use of energy. For example, the stadium's under-soil heating system is "coupled with a weather station, which ensures that it is only used when actually needed."

The under-soil heating system is also a key part of Bayern Munich's efforts to conserve energy. The system at the Allianz Arena is no longer powered by gas, but instead by an air-source heat pump, which draws most of its energy from solar power.

The club has cut in half the time that the arena's exterior LED lighting is illuminated after dark and the club is looking at the possibility of reducing the length of time that the LED floodlights light up the pitch. 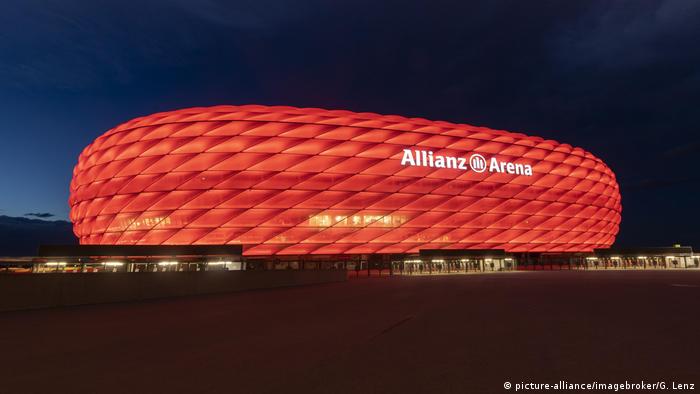 "We are, after all, also interested in this for cost reasons," a Bayern spokesman told DW. "Otherwise, it's going to get expensive as hell."

This begs the question as to why the Bundesliga can't simply move to earlier kickoff times in order to reduce the need to fire up the floodlights. The German Football League (DFL), which operates the Bundesliga, points to existing TV contracts as a roadblock. However, there does seem to be movement on this issue as well.

Saving energy is a "task for society as a whole that we are not avoiding," Werder Bremen told DW. "We are in close communication with the DFL and the TV production companies on this issue. One of many ideas being discussed here is reducing the use of floodlights at afternoon games."

However, the DFL requires that the stadiums provide a prescribed level of light intensity to ensure high-quality TV broadcasts. Another potential stumbling block is the fact that goal-line technology only works properly under sufficient lighting.

The floodlights in around half of the Bundesliga's 18 stadiums have already been converted to LED. Although these are more expensive to purchase than conventional halogen floodlights, they are significantly less expensive to operate and have a longer service life.

However, for Bundesliga clubs that don't wholly own the stadiums they play in, any decision to make such an investment is not just up to them. Eintracht Frankfurt, Mainz, Cologne and Hertha Berlin are all mere tenants. Others only partly own their stadiums – such as Werder Bremen who own 50% stake, with the other half held by the municipality, or Stuttgart, where the split is 40-60.

This is the main reason that there can't be a one-size-fits-all list of measures to cut energy consumption in the Bundesliga. However, all of the clubs have all been looking for ways to conserve energy since long before Russia launched its invasion of Ukraine – something that has made the matter much more urgent. 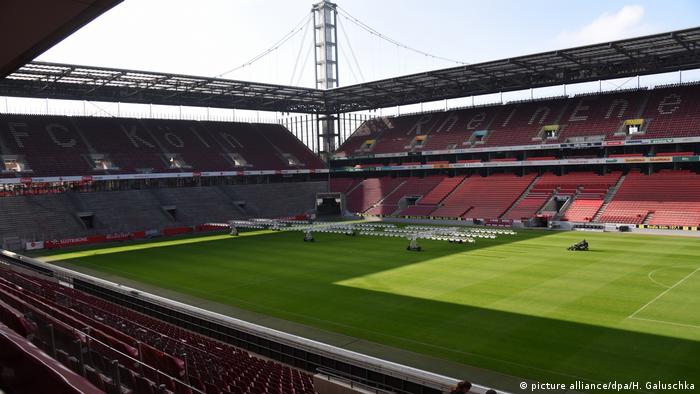 So far, Borussia Mönchengladbach don't have to worry about a cost explosion, as the club has "long-term contracts at fixed prices" with its energy supplier.

"The utilities can only pass on costs to the consumer despite existing contracts if the federal government invokes stage three of its'emergency gas plan,'" the club told DW.

"Borussia would then face significant additional costs for its gas supply."

From refrigerators to recovery pools

Mönchengladbach's stadium is now lit up green on matchdays only, instead of every day of the week. Borussia and most other clubs have called on their employees to save energy wherever possible. Werder Bremen, who along with Freiburg, were one of first in the league to adopt solar technology, established an "energy task force" back in March. Its aim is to uncover potential savings, no matter how small. The refrigerators in the stadium's catering area now remain switched off between match days, as do air conditioning units in the summer months. The club also lowered the supply temperature of the heating system.

In Munich's Allianz Arena, rooms are either cooled or heated by two degrees Celsius less than previously, depending on whether it is summer or winter. The hot water in the washrooms has been turned off.  Private box tenants now must apply for these to be heated. Previously, they were kept at a certain temperature all the time. Clubs such as Hoffenheim and Mönchengladbach are also saving on lighting both indoors and out – including in their parking lots.

In Mönchengladbach, the Bundesliga players share their recovery pool with the reserves and youth sides. Most of the clubs that responded to DW's queries said they were also planning to use their under-soil heating as little as possible, not only in the stadium but also at their training facilities.

The fact that the World Cup in Qatar will force the Bundesliga to shut down from November 13 to January 21, 2023, may well provide the league with its biggest energy savings this season. What happens in Qatar during those 10 weeks will be another story entirely.

What is the Bundesliga doing for the climate?