How Holocaust perpetrators are prosecuted in Germany | Germany | News and in-depth reporting from Berlin and beyond | DW | 07.10.2021 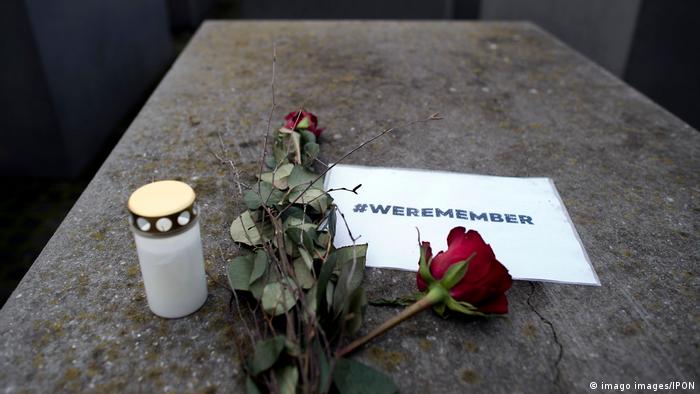 The trials of 96-year-old Irmgard F*., a former secretary at the Stutthof concentration camp, and an unnamed 100-year-old who once worked as an SS guard at the Sachsenhausen concentration camp both began in the last two weeks, with Holocaust survivors and their families expected to appear as co-plaintiffs and witnesses.

There has been flurry of trials of surviving Nazis in recent years in Germany. The details of the defendants' stories and the extent of their participation in the Holocaust differ, but the charge for them and other potential Nazi perpetrators is always the same: Accessory to the murder of however many people are known to have died at the camp during the period they worked there.

The spectacle of nonagenarians being hauled before a court to answer for crimes sometimes committed in their teens has troubled many, but in some ways that is the point. As Efraim Zuroff, head of the Simon Wiesenthal Center, told DW at the start of the Sachsenhausen trial on Thursday, "This also sends a very powerful message that if you commit such terrible crimes, even many years later, you might be held accountable. And I would add that these trials are important in terms of the fight against Holocaust denial, Holocaust distortion."

There are reasons for the delays: It took the German government decades to find the political will — and the judicial system just as long to find the legal means — to prosecute perpetrators.

A crime too big for any court

An oddity of the German criminal code is that, though anyone who publicly "approves of, denies or downplays" the Third Reich's crimes can be prosecuted, actually participating in those crimes has never been covered by a specific law. Of course, defining "participation" in the Holocaust is legally difficult, and historians have struggled to arrive at a definitive number of people who could be said to be perpetrators.

But the absence of a law has created a problem for those state prosecutors who became, at least over the last few decades, more willing to pursue former SS officials and concentration camp guards.

That means that to make any charges stick, you need to be able to define the crime: Murder is the most relevant in Holocaust cases, not just because it is the most serious, but because — unlike the many other crimes committed in Nazi concentration camps (such as rape, torture, wrongful imprisonment, manslaughter) — it has no statute of limitations, which means that it does not matter that these murders happened over 70 years ago.

But the German legal system also requires specifics: Any violent crime must have a date, a location and identifiable victims, which, in the context of a vast murderous bureaucratic system that lasted years and spanned a continent, becomes difficult to ascertain. The sheer inhumanity and enormity of the Holocaust makes it difficult to prosecute anyone for it. Wasn't every individual merely a "small cog in the machine," as their defense lawyers have often argued, and invariably argue today? The crime of the Holocaust is literally too big for any courtroom.

This was what prosecutor Fritz Bauer grappled with. An exiled German Jew who returned to Germany after the war, Bauer dedicated his life to bringing Holocaust perpetrators to court, making him plenty of enemies in a judiciary that still employed many Nazi-era judges.

The cases Bauer spearheaded as chief prosecutor in the state of Hesse, especially the spectacular Frankfurt Auschwitz trials of 1963 to 1965, served an immense historical role: For the first time, documentary evidence and eyewitness testimonies of what had happened day by day at Auschwitz reached a wider German public.

But Bauer himself died convinced that the Auschwitz trials had been a failure because the judges only ended up convicting defendants who were guilty of excessive brutality and unlawful executions — in other words, crimes that actually broke Nazi law at the time — not participation in mass murder itself.

As the historian Rebecca Wittmann wrote in her book, Beyond Justice, a paradoxical and grotesque situation often arose during the Frankfurt trials: Judges used Auschwitz's own regulations as the legal standard by which the perpetrators would be judged. To Bauer, and to many at the time, the Frankfurt judges effectively legitimized the Nazi regime, rather than exposing the whole system as a crime against humanity and convicting the defendants for taking part in it.

Since then, the German judiciary has slowly and painfully attempted to correct this interpretation. But the breakthrough only came in 2011, with the trial of Ukrainian-born Nazi collaborator John Demjanjuk in Munich. The judges at that trial decided on a new legal interpretation, which, crucially, was based on the radical assumption that the Holocaust itself was a murderous system, and therefore taking part in it could be a crime.

That meant that the prosecutors only had to prove that Demjanjuk had served as a guard at the Sobibor death camp. His ID cards and service records were enough to convict him of accessory to 28,000 murders.

Demjanjuk died aged 91 in a nursing home before he could serve his sentence, but his conviction belatedly gave new impetus to Germany's leading authority on documenting and pursuing Nazi perpetrators: the Ludwigsburg-based Central Office of the State Justice Administrations for the Investigation of National Socialist Crimes.

Now, for the past 10 years, the Ludwigsburg office has been scouring its own records (and those in other countries), to find the last few surviving Nazi perpetrators in the hopes of bringing some final cases to court.

These are partly to correct the judiciary's past failures, but also to give Holocaust survivors and their families the chance to tell their stories in a German courtroom. Given the ages of both perpetrators and victims, the office's work is likely to be over within a few years from now.

The Lesson - Teaching the Holocaust to Germany's Generation Z

What connection do German school students still have with the Holocaust today? Germany's Generation Z, born between 1996 and 2009, faces a history lesson that is far removed from them, yet still moving.