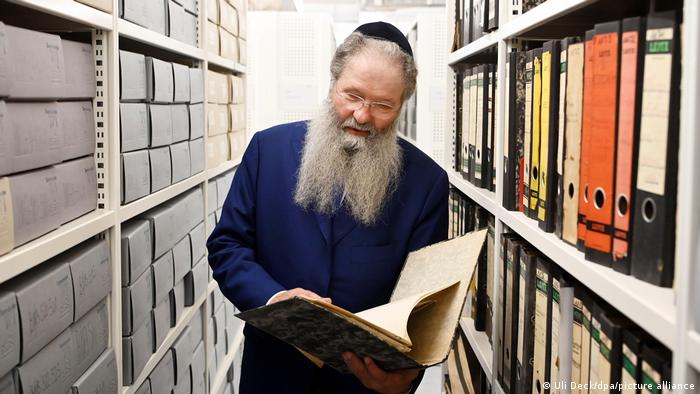 The Central Archive for the History of Jews in Germany reopened at its new location on the site of the former Landfried tobacco factory in downtown Heidelberg on Tuesday.

Founded in 1987, the archive contains the files of Jewish communities throughout Germany as well as literature about Judaism including documents from before the Nazi period and the Holocaust.

Previously, the archive's holdings had been on display at several locations in Heidelberg.

The collection in Heidelberg includes minutes of meetings and information about celebrations within the community as well as documents such as letters from Jewish soldiers from World War I, and reports on the health of Holocaust survivors in the postwar years.

Josef Schuster, the president of Germany's Central Council of Jews, said the archive is a great treasure in that it preserves the memory of Jewish life in Germany.

"Such an archive is of central importance in order to make sure of one's own past," Schuster said. Noting the archive is open to all, he added, "a lack of knowledge about a minority in particular leads to dangerous prejudices."

The archive's place in modern Germany

The archive itself holds nearly 2,000 linear meters (656 feet) of files, which have come to the collection mainly from Jewish communities, associations and individuals in the postwar period.

A similar collection existed before the rise of National Socialism in Germany but was destroyed in 1938. The Nazis made use of the archive's information in the persecution and murder of Jews in Germany.

Head of the archive Ittai Joseph Tamari said the archive is in the process of digitalizing its collections.