Once a secretary at the Stutthof concentration camp, Irmgard F. is being charged with complicity to murder in more than 11,000 cases. A Stutthof survivor tells DW that he thinks it's too late. 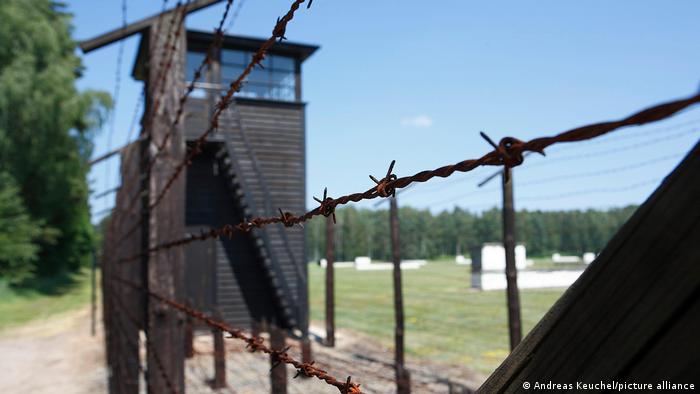 "I wanted to live!" Abba Naor says when asked how on earth he managed to survive four years in Nazi-run camps. "I didn't want to die. It was easy to die. And much harder to stay alive. Maybe that was what left such an impression on me? I don't know." He says he can be very stubborn. "I was right," he says. "Today, I have 11 grandchildren. I'm a rich man."

Each year, Naor, now 93, makes the journey from Israel to the city that has become his second home, the Bavarian capital, Munich. It is there that he spends several months dedicating himself to what he sees as his mission in life: visiting schools and sharing the experiences of his suffering. Of how he spent many of his formative years in the clutches of the Nazi death machinery. About how that murderous machine destroyed his family. 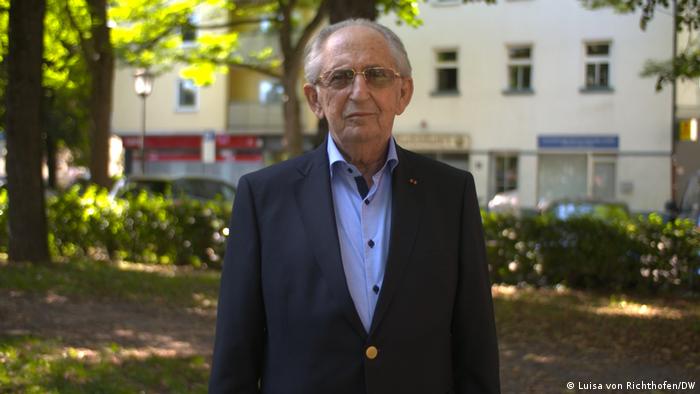 Abba Naor tells his story as a form of therapy

'We were proud Lithuanians'

Naor was born into a Jewish family in Lithuania in 1928. "It was a happy childhood," he says. "More than anything, we were proud Lithuanians, and of course there was a certain amount of antisemitism. It was all part of the folklore."

Naor was just 13 when the German army, the Wehrmacht, marched into Lithuania, which was at the time under Soviet occupation. Members of the Jewish population in his hometown of Kaunas were forced into the ghetto. Naor and his family of 23 people found themselves crammed inside a two-room apartment. Despite some initial relief about the fact that they were at least protected from the murderous greed of their Lithuanian neighbors, it quickly became clear that the ghetto was a place of horror.

Shortly after their arrival, Naor's older brother and some other youngsters went out to try and find some additional food supplies, which was illegal for Jews living under occupation law. They were caught and shot dead by the Germans. "For a long time, I refused to believe what my parents told me," he says. "I was sure that he'd come back. We simply couldn't imagine that they would also kill children."

'We began to learn that we were no longer a family' 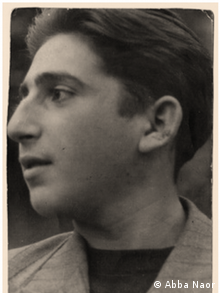 Seventeen-year-old Naor was freed by US troops

Naor and his family spent three years in the Kaunas ghetto. Then, in July 1944, he was taken out of Lithuania together with his parents and his younger brother. They soon found out that they were being taken to the Stutthof concentration camp east of the city of Gdansk in present-day Poland.

"When were deported to Stutthof, we were still what you might call half human. We were wearing our own clothes. And, after all, in the ghetto, we had been living with our family. In Stutthof, we began to learn that we were no longer a family."

They were split up. The men to one side, women and children to the other. On July 26th, 1944, 16-year-old Naor witnessed how women and children were ordered to gather on the other side of the fence. "I saw my mother and my little brother in a long line with other women and small children. That was when I realized that I was seeing them for the last time. That much was clear."

The same day, Abba Naor's mother and his brother were deported to Auschwitz, where they were murdered. His mother was 38. His brother just 6. 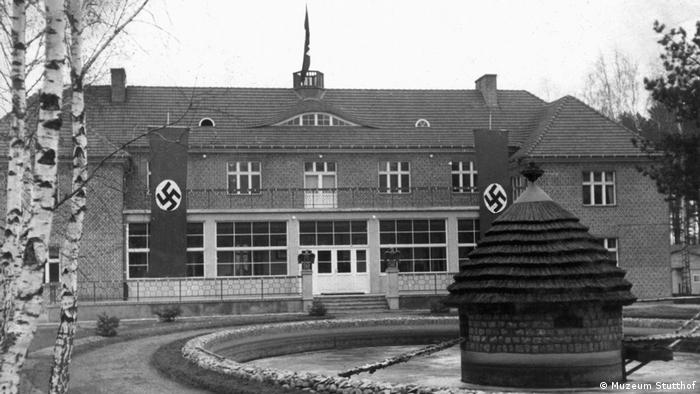 Irmgard F. worked as stenographer and typist in the camp director's office at Stutthof

On the other side: Irmgard F.

Just 19 at the time, Irmgard F.* might well have been going about her daily work. She was the secretary of camp director Paul-Werner Hoppe. Now, nearly eight decades later, she goes on trial.

State prosecutors in Itzehoe say that "in her function as a stenographer and typist in the camp director's office at the Stutthof concentration camp between June 1943 and April 1945 she assisted those responsible for the camp in the systematic murder of prisoners."

Today aged 96, she is charged with complicity to murder in more than 11,000 cases.

F. has already given testimony concerning her role at Stutthof twice. In 1954, she said that on a daily basis, Hoppe had dictated letters and radio messages to her. Beyond that, however, she says that she knew nothing of the Nazi killing machinery that, in immediate proximity to her place of work, was being used to kill tens of thousands of people.

'The trial comes too late'

Naor has refused to appear as a co-plaintiff in the trial. He even believes that the elderly defendant should be left in peace, arguing that the "big fish" have been allowed off the hook.

"They didn't show what it looked like in the office in Stutthof in order to see how she worked," he said. "But, if she did commit some serious crimes, why has it taken until now to bring her to trial?" He also believes that "simply living with the feeling that you have done something bad to another person is sometimes worse than being in prison."

Attorney Onur Özata is representing several co-plaintiffs, victims and relatives in the trial. He told DW that some survivors see things very differently from Naor. People, he says, do not take part in a trial like this because they crave revenge. Instead, Özata says, the important thing for many survivors is to bear witness in court ꟷ to tell their story: "What they say is: We don't want this suffering to be forgotten."

Irmgard F.'s attorney Wolf Molkentin also told DW that he believes it is right to go through with such trials of suspected Nazi crimes, even when so much time has passed: "In my view, it's not enough to point to all that's been neglected in the past — for instance, the fact that so many perpetrators were never brought to justice — and then to argue that trials like this should no longer take place."

Molkentin says he has no intention of adopting a confrontational approach by, for example, attacking testimony given by survivors: "On the contrary, I want to be part of a process of ensuring a fitting setting for exploring the facts." That, he says, is very important.

As the defense attorney, he plans to take a very critical look at the personal accusations leveled against his client: "We must carefully clarify what precisely is known about the alleged murderous activities, as well as the extent to which this justifies a charge of complicity to murder." 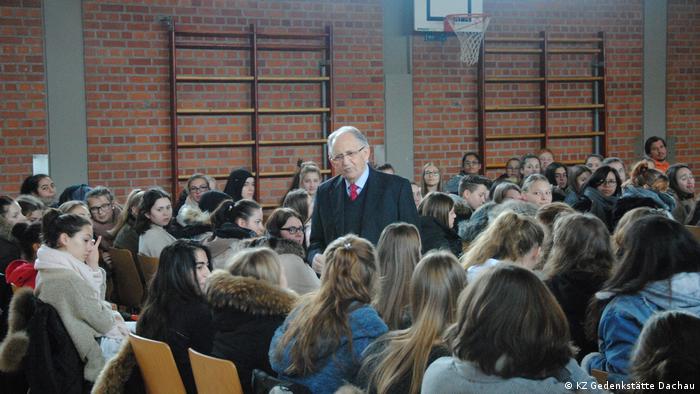 School visits: A form of therapy

Naor survived the Stutthof camp, as well as Utting and Kaufering, two forced-labor camps in Bavaria. After his liberation by US troops, he emigrated to Israel. For decades, he kept his suffering very much to himself.

Until he found a way to tell his story. Naor has since visited hundreds of schools where he has delivered testimony to what he went through. Children, he says, are his young therapists. They give him the strength he needs to confront his pain: "And I see it as my duty to keep the past alive and make clear to young people what can happen if we are not vigilant."

*Editor's note: DW follows the German press code, which stresses the importance of protecting the privacy of suspected criminals or victims, and urges media outlets to refrain from revealing full names.