How Germany is preparing to digitize government and labor | Business| Economy and finance news from a German perspective | DW | 03.05.2019

Germany's independent Digital Council is looking for answers to the digital future. One of the group's members tells DW why Germany is already on the right path, despite the country being known for its bureaucracy. 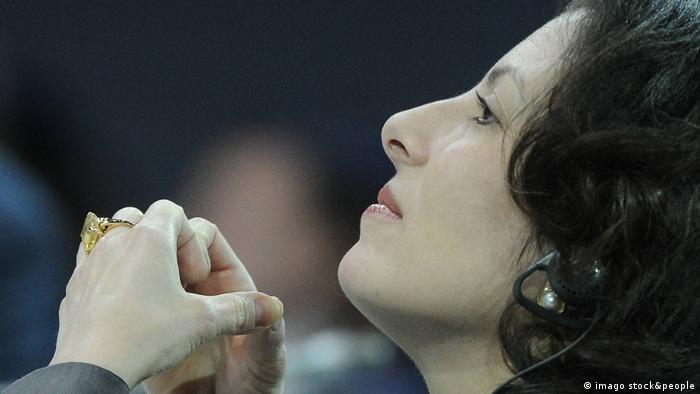 Beth Simone Noveck is one of 10 members of the Digitalrat, a council founded in 2018 to help the German government with the problems of bringing the country into the digital age. They work on proposing policies, projects and platforms to digitize government, but also education and work.

DW: How did this Digitalrat partnership come into existence? Who made the first call?

Why did you decide this would be something you're interested in personally?

It's a great honor to be asked by any world leader, especially by someone as influential and important as Chancellor Merkel. Also, the Digitalrat being a group that's focused on taking action was really the impetus to participate. It is not yet another commission or task force or council that would write a report. What I was told is that the advice made by the group would be, where appropriate, translated directly into implementation. Not to mention the fact I get to practice my German!

Who's afraid of artificial intelligence?

Putting the art in artificial intelligence

How's it going so far? How open is the German government to your ideas, how active is the exchange of ideas?

It's a remarkably open and engaged collaboration. I have served on many councils and very often they write a report at the end but it doesn't have that much effect on the day to day of governing and policymaking. My sense is here — given that we're relatively small — there is a really great deal of enthusiasm, engagement and exchange and our opinions have been very openly solicited and invited.

Can you give an example for a recent successful collaboration?

Very early on in the work of the Digitalrat the German government was working on its federal policy on artificial intelligence. We suggested putting a draft of the policy both in German and in English online, and crowdsourcing feedback. We engaged with hundreds of global experts who provided feedback on the policy. This crowdsourced expertise found its way into the final draft that was eventually put out. So I think it was a very different way of working than people were used to doing, namely behind closed doors, and with the advice, at best, of one or two experts.

You are able to compare your work to working with other governments since you have been asked to serve for UK Prime Minister David Cameron and for the White House under Barack Obama. Where are the differences, where do you have to approach them in a different way?

I think what's different for me is the German government's broad scale of willingness. There was already a high degree of enthusiasm and interest prior to even creating the Digitalrat. I don't think they would have done this if they weren't prepared to take some of the advice that was being offered. But also we're at a greater stage of maturity compared to my time in the White House, for example, when there was less experience with using technology for governing.

When you think about Germany you don't necessarily think about digitization and innovation in this field. How is Germany doing?

You are right, you don't think of Germany as being on the bleeding edge of innovation. You think of Germany as the home of bureaucracy, as the country that invented bureaucracy. But there have been efforts under way that predate the Digitalrat. Germany's creation of an artificial intelligence strategy is far ahead of what the United States is doing, for example, and the government is moving to put five hundred citizen services online.

And yet a common belief is that Germany is hesitant and cautious in terms of cyber security and data privacy, compared to the US for example. Does that make your work more difficult?

Europe and Germany have been out ahead in terms of thinking about and legislating around privacy more so than the United States. And I don't want to discount or minimize the importance of secure protection of private data. However, it is important to raise awareness that there is a huge amount of underutilized data which governments collect that could be used for social good.

For example, the US government created a secure infrastructure for sharing anonymized cancer research data and making it available to qualified researchers and doctors and hospitals. Instead of a doctor only having access to his or her scientific research data, she can have access to a much broader pool of research data that has the potential to greatly accelerate cures for cancer.

You have met many world leaders in person like Angela Merkel and Barack Obama. How is working for and with them?

I have observed that these two leaders who have been open to and interested in changing how government works both are kind of "down to earth." First of all that makes them very appealing for me personally to want to work with. Chancellor Merkel asks really interested and interesting questions. She's incredibly engaged. When we have these meetings, she is incredibly engaged. And she grills you in a way that just reflects a genuine intellectual curiosity and commitment.

Beth Simone Noveck directs the Governance Lab (GovLab) in Brooklyn and is a professor in Technology, Culture, and Society at New York University. She served in the White House as the first United States Deputy Chief Technology Officer and director of the White House Open Government Initiative under President Barack Obama and as a senior advisor for UK Prime Minister David Cameron.

This interview was conducted by Sophie Schimansky. It has been edited and condensed for clarity.

Germany is lagging behind the fast-paced digitization happening in places like the Baltic states, with libraries in Latvia and Lithuania playing a leading role in the digital preservation of cultural heritage. (29.10.2018)