How Berlin has ruined living anywhere else | Culture| Arts, music and lifestyle reporting from Germany | DW | 07.08.2014

Leaving Berlin made DW's Anne-Sophie Brändlin realize what makes Germany's capital so unique and why it is so difficult to fall in love with any other city. 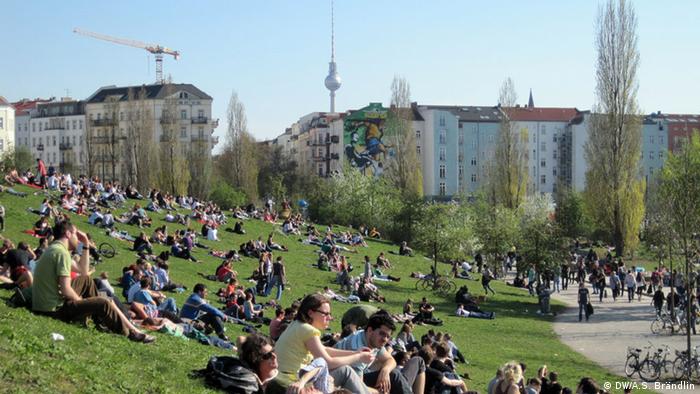 Berlin is like a passionate love affair. It spoils you with all it has to offer when you're together, and breaking up can take forever to get over.

After living in Germany's capital for many years, I don't think I will ever truly fall in love with any other city. Trust me, I've tried.

I've had short flings with world-class cities like Sydney, San Francisco and Amsterdam, where the sex appeal oozes out of the cracks in the sidewalks. But despite the beaches, palm trees, cable cars and canal houses, nothing comes close to Berlin. And here's why.

Berlin is changing - too quickly, and not necessarily for the better - but Berlin hasn't lost its one-of-a-kind soul. Despite the constant revisions, the gentrification and the invasion of global hipsters, Berlin has managed to hang on to its essence. That means making many things possible that can't be found anywhere else - not even in Sydney, San Francisco or Amsterdam. 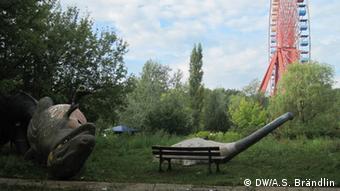 Berlin has many photography playgrounds, such as this abandoned amusement park

In the evenings I used to climb (semi-legally) onto a grungy rooftop to enjoy an after-work beer and gaze out over Berlin's skyline. Sunday afternoons were spent dancing in the sun at open airs - that is, outdoor music parties somewhere in the woods, featuring bubbles, cheap beer and happy hipsters.

I would take trips to one of Berlin's many abandoned sites, like a disused amusement park in the Spreepark, a Cold War-era spy station on Teufelsberg, or a dusty old psychiatric clinic to take pictures and soak in the eeriness.

The city that never sleeps

Living in Berlin has made it difficult to go clubbing elsewhere. The music will simply not be as good and the location will not be as creative. In San Francisco, clubs close at 2 a.m., but in Berlin, that's when the party is just getting started. There you'll get weird looks if you dress up in heels and a mini-skirt, but in Sydney you'll get turned away at the door if you're not stylish enough. And getting groped on the dance floor can happen anywhere - but not in Berlin, where people respect your space.

Mondays are a day to sleep out your hangover in most cities - or go to work, of course. Not so in Berlin, where you can go out any day and any time of the week.

That's because leisure time in Berlin is holy. In many other capitals, "all work and no play" is the guiding principle. But Berlin operates the other way around. Sometimes it seems like no one ever works. But even if they do, they still find plenty of time for their private lives before and after work. 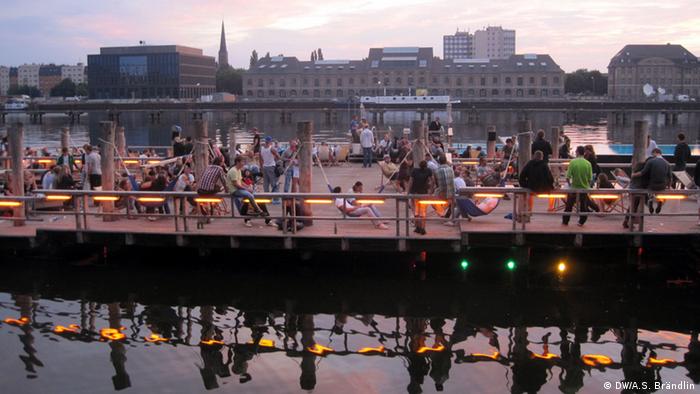 Parks are packed with people hanging out; so are the canal banks, beach bars and any of the many green patches around town. If you come as a workaholic, Berlin will teach you to let loose and enjoy life.

Why not go out on a Sunday night? You only live once. Or maybe twice in Berlin.

Melting pot of weirdness and fetishes

In Berlin, people are weird. And I mean that in a good way. They don't care how much money you have, what car you drive or what clothes you wear. No matter how different Berlin's residents are, they manage what so many societies are after: peaceful coexistence.

Once I took the subway (aka the "Ubahn") at 7 a.m. after a night out and while I was collapsing into my seat, glitter falling off my face, I realized that my fellow passengers included a businessman in a suit, a punk with torn pants and a family with overexcited kids on a daytrip to a nearby lake.

Berlin is an eclectic crowd on a relatively small piece of Earth. 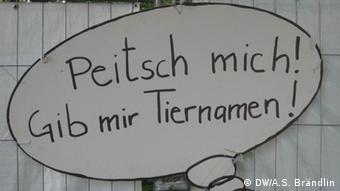 Signs like this, saying: "Spank me! Call me animal names!" can be found throughout Berlin, where any fetish is accepted

That's why people have learned to accept each other's quirks and even fetishes. If you want to spend the night in one of Berghain's legendary darkrooms, you won't be judged. If you want to walk around in a tiger outfit all day, then that's okay, too.

Berlin has been "poor, but sexy" for a while now, so I'd suggest updating the slogan with "live and let live."

Berlin does have a serious side, too, that can't be overlooked: You'd be hard pressed to find another city that has integrated its history into the cityscape and the collective consciousness as well as Berlin. There are reminders of the past everywhere, and not just in the form of museums and memorials.

Walking along Berlin's streets, you just have to look down to find cobblestones that mark where the Berlin Wall once stood or where a Jewish family lived before they were deported to a concentration camp.

Berlin openly and actively commemorates the victims of World War I, World War II and the Cold War without trying to hide any of its mistakes.

Nearly every day there is some sort of demonstration, political reading or event where you can listen to the personal stories of individuals who have experienced Berlin's painful history firsthand.

Students in Berlin, who were born after those historical events, spend their nights hovering around the kitchen table exchanging political theories over a bottle of wine. And the next morning they go out onto the streets to demonstrate for the cause of the day.

The best example is a recent city referendum that rejected plans to develop the former Tempelhof Airport site, which has been turned into a public park. It will remain a unique spot in Berlin where its residents enjoy their free time, barbecue - and discuss the next political activity.

Berlin, my former lover, will always be close to my heart. One day, when Berlin has better jobs to offer, I'll come back in a white dress and black boots and marry the city of my dreams.

Until then, I'll enjoy the many perks of not living in Berlin: shorter ways, friendlier people and more bearable winters.

The Berlin they grew up in was completely different, run by either the Nazis or the communists. As the Prenzlauer Berg neighborhood now gentrifies, DW's Leah McDonnell speaks with those who were there first. (17.07.2014)

In Berlin, be yourself to be in vogue

As Berlin Fashion Week kicks off, it's time for the locals to take out their eclectic outfits once again and get ready to rock the town. In Berlin, being in just means opening your closet, says DW's Lavinia Pitu. (10.07.2014)

US spy games in Berlin go back to Cold War

There's a long history of US spying in Berlin. During the Cold War, secrets weren't gleaned off phones but ran through surveillance centers known as "listening stations." The Devil's Mountain bears witness to that past. (24.10.2013)