Berlin residents have rejected plans to develop the former Tempelhof Airport site. They want to keep the urban space as a public park. Now the capital needs another strategy to tackle the city's housing crisis. 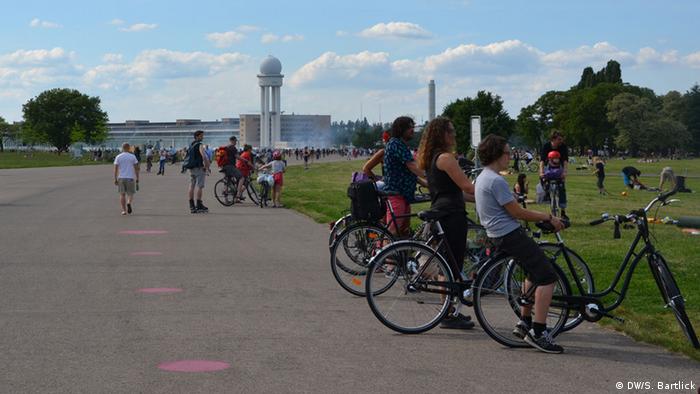 On Sunday (25.05.2014), thousands of Berlin locals were out enjoying the sun in the city's Tempelhof park. The former airport has become a beloved recreational space, and on sunny days it's packed with Berliners - barbecuing, picnicking, playing football, riding bikes, gardening, flying kites, or simply being lazy on the grass alongside the runways.

Serenity in the city

On Sunday there weren't any protesters, nor were there campaigners quizzing people on whether they had remembered to vote in the referendum to decide the future of the green area. Instead, there was only calm.

As Germans cast their ballots in the European parliamentary elections, Berlin citizens also voted in a referendum aimed to preserve the inner-city green space, which is roughly the size of New York's Central Park.

Tempelhof Airport was built by the Nazis between 1936 and 1941, and it later became a hub for the Berlin airlift during the Cold War. The site was closed in 2008, and two years later it was reopened as a public park.

Now it seems Tempelhof will be left just the way it is. Berlin has spoken - the park will remain undeveloped for a few more legislative terms. At least that's what Berlin's Mayor Klaus Wowereit promised would happen if the citizens' initiative "100% Tempelhofer Feld" proved successful. The group collected more than 185,000 signatures to launch Sunday's referendum. 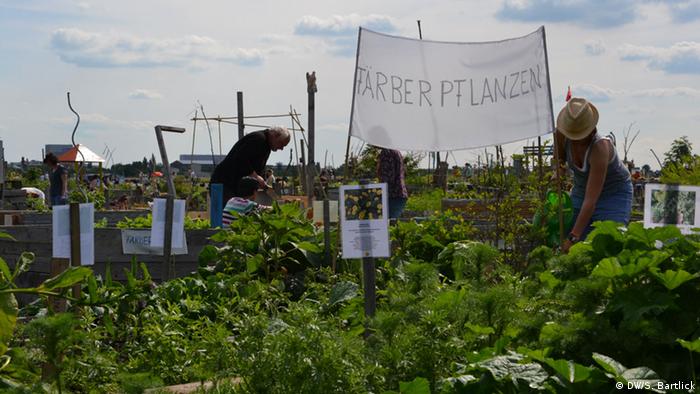 From urban gardening to sunbaking, the possibilities in Tempelhof are unlimited

The usually self-confident Mayor Wowereit hadn't expected to lose. But by Sunday evening it was clear he would have to admit defeat. Amost 65 percent of those who voted gave their support to "100% Tempelhofer Feld," rejecting the city's proposal to build 4,700 apartments and commercial spaces, as well as a public library, on the 380-acre former airport site. Only 18.8 percent of voters supported the development plan, which was put forward by the Berlin Senate in 2013.

"On Tempelhofer Feld it wasn't about the failure of a construction project, but about the future of this city," Wowereit told AFP on Monday. "Vacant space is getting smaller all the time. Berliners want affordable housing - but obviously not on their own front doorstep."

According to the Senate's proposal, at least some of the earmarked apartments would have cost between 6 and 8 euros per square meter - quite a low price for Berlin. The development would have allowed less wealthy people to live in an attractive downtown area.

Not a convincing sell

For the citizens' initiative "100% Tempelhofer Feld" and for a large section of the city's population, this argument was far from convincing. They didn't want to make the fate of social housing in the German capital dependent on the Tempelhof site. The rambling area is located on public land, and the development would therefore be built by state-owned housing companies.

Local citizens initiatives and green groups have instead demanded that decisions about development in Berlin take a whole new direction. 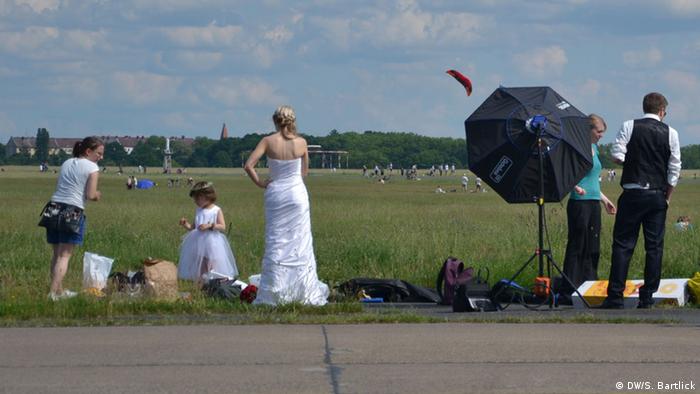 The German capital is facing major challenges. The city still enjoys popularity and welcomes around 50,000 new citizens each year. At the same time it's struggling with a housing shortage, rising rents and massive displacement.

Following the success of "100% Tempelhofer Feld," several big questions remain. For example, how can Berlin's housing crisis be solved? How was the city imagined 20 or 30 years ago? And how can citizens be more effectively involved in discussions about major projects in the future?

The latest Berlin-Brandenburg Airport debacle goes to show that trusting politics to sort it out isn't always the best option. Perhaps it's time to rethink.

Things will remain the same in Tempelhof, for the time being anyway. Berliners will continue coming here to barbeque, picnic, play football, ride bikes, fly kites, or simply just to laze on the grass alongside the runways.