A board overseeing the completion of Berlin’s new airport - subject to a string of delays - has backed a plan for its opening early next year. However, initial operations would be limited to ten flights a day. 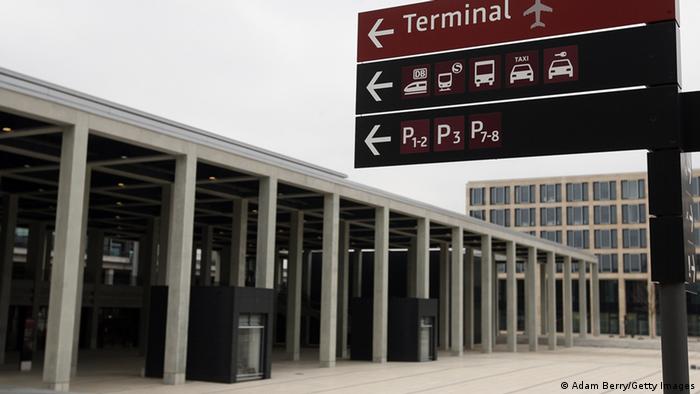 The airport's oversight board on Friday evening invited airport boss Hartmut Mehdorn to push ahead with a plan that would initially see the airport cater for some 1,500 passengers per day.

A maximum of ten flights would take off and land at the airport, with the airlines Air Germania and Condor set to be the first to operate there.

Although operations would be limited, they would require work on the northern wing of the airport to be completed. Mehdorn told the board that the opening could be in March or April, but said that an exact timetable would need to be confirmed in the next few months.

New flight paths are causing further controversy for Berlin's new airport. Critics say the routes, which were apparently not checked for environmental impact, will endanger wildlife and even Berlin's water supply. (22.07.2013)

"It must be a date that we accomplish without risk (of delay)," said Mehdorn. "Quality is more important than speed," he added.

The session was led by Berlin mayor Klaus Wowereit, after outgoing Brandenburg state premier Matthias Platzeck stood down as board chairman. Platzeck last month announced his retirement from that role, and the state premiership, on health grounds.

The new airport has been subject to a series of cost overruns and embarrassing delays to its opening, chiefly because of a faulty fire safety system. It was originally due to open October 2011. That date was changed to June 2012, and subsequently to March 2013 and later to October 2013.

Berlin-Brandenburg, also known by the initials BER, is set to replace the city's three smaller hubs, Tegel, Schönfeld and the already-closed Tempelhof.

According to figures from the German public broadcaster ARD, the cost of the Brandenburg hub has risen from at least 2.4 billion euros ($3.1 billion) to 4.3 billion euros over the course of the project.