After the close of Berlin's Tempelhof Airport, Berliners claimed the space with their kites and BBQs. Now the city wants to build a library there. Nothing against books, but Berliners are tired of city building projects. 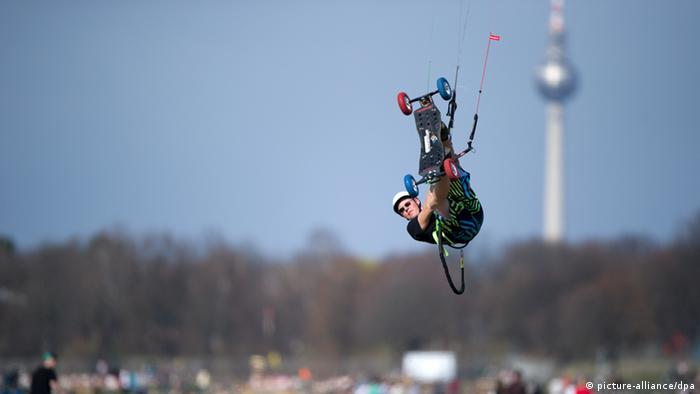 Standing in the midst of the former Tempelhof Airport in February, with its frozen earth, disused towers and drab treeless horizon, I have to remind myself of the joys of springtime.

Like every season, the warm winds will bring the people to Tempelhof, and they'll ignite its fields with a cross-section of summer sports, flaming grills, urban gardening and open-air concerts. Once you've ridden your bike down its runways, you'll understand exactly why Berliners want to preserve their beloved park - a hallmark of adaptive reuse.

It's considered one of Europe's three iconic pre-World War II airports. Yet long before windskating and sunbathing, Tempelhof was used by the Allies to break the Soviet blockade of West Berlin, known as the Berlin Airlift in 1948.

Since the airport's closure in 2008, its green fields (almost the size of New York's Central Park) have been the topic of endless debate. In 2010, after residents literally took to the streets to defend it, Tempelhof miraculously became the public playground it is today, where grill smoke has replaced engine exhaust.

I can't think of another major city that wouldn't have turned equally opportunistic if it, too, had a Tempelhof at its center. With euro signs in their eyes, the city bureaucrat sees meandering runways, gargantuan hangers and green pastures giving way to condos and shopping plazas, rising as fast as a pop-up-book. I've seen it happen to every city I've called home. And it's that quickening inevitability which has made gentrification a household term in both Berlin and beyond.

At a café in Berlin's Schillerkiez neighborhood, just outside Tempelhof Park, I meet up with Christoph Breit, treasurer of 100% Tempelhof Feld, an initiative that grew out of the desire to protect the airport park. "People are really taking care of Tempelhof Feld because people have freedom to do what they want, because there are no restrictions from well-minded planners," he tells me over a ginger tea.

But this year, the winds will bring that particular brand of change that many in the capital have been resisting. Towards the end of 2013, the Berlin Senate launched a budget-busting plan to build a complex of apartment buildings and a new central library in the southwest corner of Tempelhof, adjacent to the airport's disused landing strip. 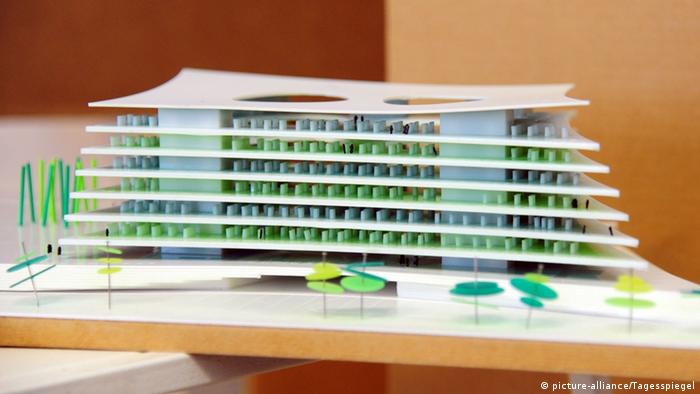 One of the two design proposals for the new library

As of now, the city's saying it will cost 270 million euros ($370 million). But from experience, it's very likely this figure will double or triple. Berlin is still steeped in major embarrassment after its failure to open the new BER airport in the south of the city, due to poor planning. Two years later and over four billion euros in debt, with no set date to finish, the building cranes are heading to Tempelhof.

To combat the city's plans, Christoph Breit and his fellow activists at 100% Tempelhof Feld embarked on a citywide campaign. They gathered 185,328 valid signatures - 174,117 are needed to spark a referendum -, equivalent to seven percent of Berlin's electorate.

"From my feeling, they did not believe that we would be so successful," smiles Breit.

Public space for all

Earlier in the month, I met up with Berlin Senate's building director, Regula Lüscher. On February 4, she hosted an exhibition at Tempelhof to present the 40 proposals that competed for the new library design. Two of them were selected as potential designs. My obvious question to Lüscher is, why a costly new project for the city?

The Senate says the new library will embrace the one thing Berliners hold with the highest regard - public space for all. Hm, isn't that what the park stood for? In her defense, Lüscher says libraries are social tools for integration and meeting points for exchanges of knowledge. That's why this library is so suitable to a public park, rather than another academic institute. 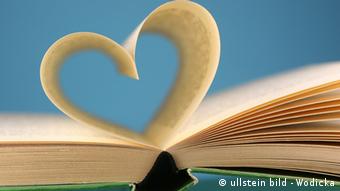 It's not that Berliners have anything against books...

Now, of course, there's something slightly sinister about protesting against a library for the people. I'm used to ruffling my feathers over the invasion of corporate big-box stores and fast-food franchises. So rolling my eyes over a new library makes me question whether I haven't lived here too long. I can feel myself succumbing to the seduction of leather couches, gleaming tabletops, windows as wide as the sky, and row upon row of bound books.

Nevertheless, I pull myself back and stand amongst the critics. Not only will the library take its toll on taxpayers, but while the Senate plans to erect a completely new library, the de-centralized libraries in the districts are being closed down for allegedly not having enough visitors.

Or here's another idea: Christoph Breit suggests using the existing building at Tempelhof Airport as a location for the library. In fact, this building - amongst the largest in the world - remains primarily empty, occasionally used for trade shows and exhibitions. Alternatively, Berlin is full of buildings that could be renovated and refurbished, instead of building a completely new structure.

According to Lüscher, the Senate is supposed to stop their building plans until the referendum in the spring. But she says they're going ahead regardless, in preparation.

The referendum has been suggested for May 25, the date of the European Parliament elections. If the majority votes in favor of the library, the construction is set to start in 2016 and could take up to five years. In the meantime, we'll be greasing our bikes for those sun-drenched runways.

In summer, charcoal fumes and the spit and crackle of grilled meat are as much a part of Berlin as the Berghain club or the Brandenburg Gate. DW's Jefferson Chase investigates Berlin's smoldering BBQ culture. (18.06.2013)