The Berlin they grew up in was completely different, run by either the Nazis or the communists. As the Prenzlauer Berg neighborhood now gentrifies, DW's Leah McDonnell speaks with those who were there first. 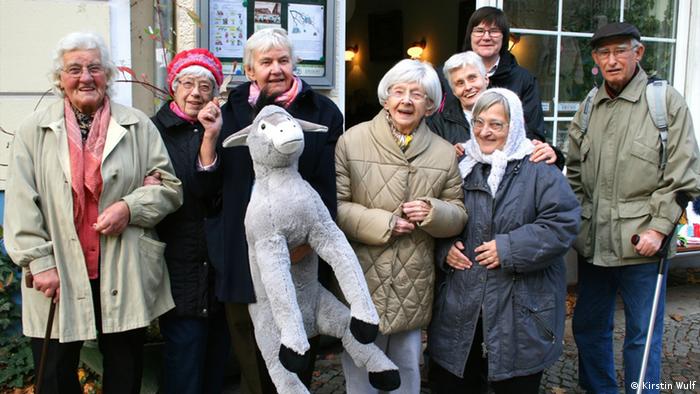 Prenzlauer Berg is Germany's hipster hub, a trendy metropolitan mecca for wealthy urban dwellers from all over the world. But it hasn't always been that way.

Up to the fall of the Berlin Wall in 1989, Prenzlauer Berg was just another inconspicuous district of East Berlin. It was home to working-class Berliners living hard, simple lives, submitting to their war-torn destinies and adhering to the dictates of the East German regime.

When you speak with elderly natives here, there's no bitterness in their tales, only an uncanny affection for the past, and for the one constant in their lives - Prenzlauer Berg. What many identify with most now is the neighborhood itself; the physical turf on which their lives began, unfolded, and - if they're lucky - where it will end.

Gerda Ohst, 92, has lived in Prenzlauer Berg her entire life. She's survived two husbands and her children are seniors citizens themselves. Ohst's bright eyes light up when she hears I'm from New York City. "My parents lived there too!" she tells me. "When I was four years old my parents moved New York - without me." 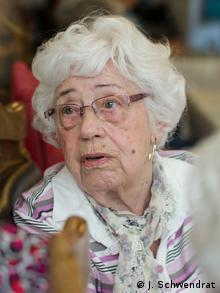 Like many of her generation, Ohst was raised by her grandmother. Her glassy eyes scan me with a small child's curiosity, as if I might magically be able to reconnect her with her lost parents.

I watch Ohst mentally pack away her still vital childhood fantasy and continue her story. She tells me of her marriages, her job in a textile factory, and about how her mother came back to Prenzlauer Berg unannounced when Ohst was 17.

"My father had died and she wanted to take me back home to New York. 'Home?,' I said, 'Prenzlauer Berg is the only home I've ever known.' And so she returned to New York alone."

Hearing stories like Ohst's, it's easy to understand her generation's attachment to their physical surroundings. For them, moving was rarely a choice, but something that happened to them, and often meant the loss of their closely woven social network and community.

These days, the few elderly natives left in Prenzlauer Berg gather at the citizen-run center for seniors called Herbstlaube. A few years back, 200 regulars started meeting here for lunch or to knit or play mini-golf together.

Just 20 of the original Herbstlaube members remain. One of the younger ones, 70-year-old Christa Seeger, recalls the Prenzlauer Berg of her youth: "Back then, everyone on the block knew each other. You could ask a neighbor for a cup of sugar or a few tablespoons of coffee. Families lived in one house for decades, and the new generations grew up together. These days my neighbors move in and out so quickly, there's no chance to establish any real connection."

'The world came to me,' says Christa Seeger

Seeger adds, "It's different now. Sure, everyone is helpful and friendly and I have good relationships with all of my neighbors. But it's not the same."

She was born in Berlin and never traveled far. "Seeing other places never interested me much, and now the world comes to me! Today three-quarters of my neighbors are foreigners," says Seeger.

Prenzlauer Berg once rang out with the homogenous, hard clang of the East Berlin dialect. Now Seeger hears many foreign languages and encounters people from different cultures daily on her street. "Anyway," she comments, "If there is a place I want to see, I can do it on the Internet."

Currently her mobility concerns are more local. "My kids are going to buy me the Rolls Royce of walkers so I can get navigate the cobblestones and curbs more easily," she says, sitting back in her chair with a smile. 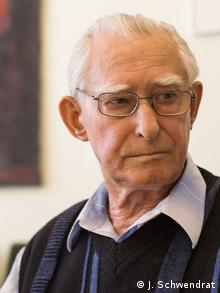 Egbert Haugwitz is originally from Hanover

Eighty-five-year-old Egbert Haugwitz is from Hanover. His children live in Berlin, so when he needed to be cared for, they brought him here. Haugwitz worked in construction his whole life, but today his tough façade has become softer and his is easily moved to tears by the memory of his wife, his hip operation or a visit by his grandchildren.

While his physical needs are met, Haugwitz has been uprooted and cut off from his physical connection to his memories - and it hurts.

There's a saying in Berlin: "Altwerden ist nicht für Weicheier," which literally means, "Getting older is not for soft eggs," or wimps. It takes strength to watch your environment and all the memories attached to it disappear before your eyes.

For the last 25 years, the natives of Prenzlauer Berg have watched their neighborhood transform into a place they no longer recognize - and, more importantly, one that no longer recognizes them. They are invisible strangers on streets that were once theirs.

As an elderly person, Christa Seeger is out of place in her own neighborhood that now tailors to latté-drinking hipsters and their offspring. When I ask her and others about this point they shrug it off, refusing to waste time focusing on the negative.

And that's what's so intriguing to me about Berlin's aging generation: their ability to appreciate life and exploit the joy to be found in any situation. It's a skill they needed to survive the last tumultuous century in Berlin - and one their new neighbors would be wise to adopt.

In Berlin, be yourself to be in vogue

As Berlin Fashion Week kicks off, it's time for the locals to take out their eclectic outfits once again and get ready to rock the town. In Berlin, being in just means opening your closet, says DW's Lavinia Pitu. (10.07.2014)

Internet could help isolated seniors out of their loneliness

Research by a UK think tank called The Policy Exchange shows that about four in 10 people in the UK aged 65 and over don’t have access to the Internet at home, even though they could benefit from it. (03.07.2014)

Nursing homes in Germany are facing a dangerous shortage of professional caregivers. (26.06.2014)

Millions of elderly people live in Ukraine. For them, fleeing the war-torn areas of the country is a torturous ordeal. One example is Erika Haltschiy. She is 80 years old and seriously ill.