Thousands of pro-democracy protesters have marched through Hong Kong's city center after a face mask ban came into effect. Chief Executive Carrie Lam said the ban was necessary to "stop the violence." 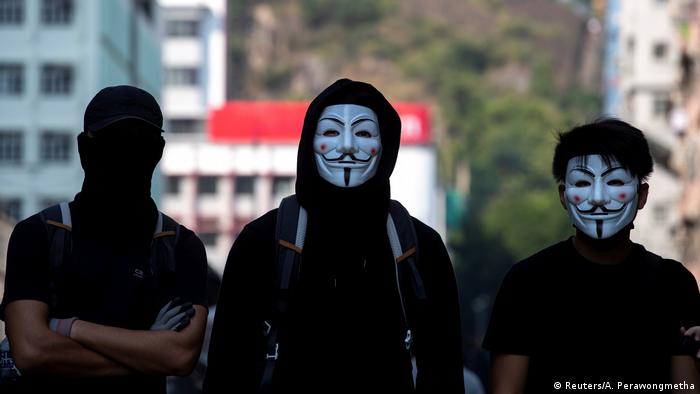 Carrie Lam has announced that the use of face masks at "illegal" and "unauthorized" protests will constitute as unlawful under the new regulation, which came into effect at midnight.

Lam said that Hong Kong "isn't in a state emergency" but faces "extensive and very serious danger" after a surge in violent protests across the city. "We must stop the violence ... Now, it's all over Hong Kong."

Following the announcement, thousands of pro-democracy protesters marched through Hong Kong's city center on Friday. Police reportedly used tear gas in an attempt to disperse protesters. Reports late on Friday suggested a teenager had been shot in the thigh, which would be the second recorded case this week of a protester being shot.

DW's correspondent Charlotte Chelsom-Pill tweeted following the announcement that "tensions are really ramping up," along with a video of protesters breaking into a store.

Lam said that the mask ban targeted violent protests and rioters and "will be an effective deterrent to radical behavior." Lam was expected to go to the legislature to obtain legal backing for the rule.

A spokesman of the Hong Kong and Macao Affairs Office of China's central government Yang Guang announced China's support of the ban, describing it as "extremely necessary."

"The current chaos in Hong Kong cannot continue indefinitely," he said in a statement on Friday. "An important moment has come for stopping the violence and with a clearer attitude and more effective measures."

The new ban forbids the wearing of full or partial face coverings, including face paint, at "unlawful assemblies" of more than five people. However, most anti-government protests in recent weeks have proceeded without approval as police failed to give consent to marches organized by the Civil Human Rights Front, a democracy coalition.

Footage after the announcement of the ban shows that many protesters are still wearing masks "with the deadline to the ban rapidly approaching."

A six-month jail term could also be imposed on people who decline a police officer's order to remove face coverings for identification purposes.

The Hong Kong government has defended the ban by emphasizing the importance of identification, sharing concerns that criminal offenders could mask their identities from the police and walk Hong Kong's streets unnoticed.

The measure exempts those who wear masks for "legitimate need" such as medical conditions, religious purposes or professional employment. 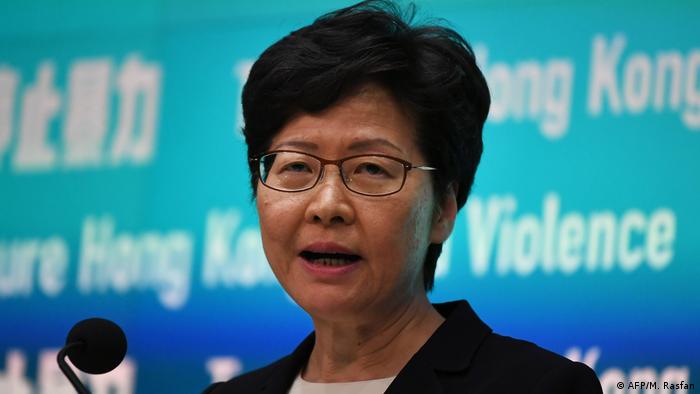 Many legislators and activists warned that the ban could be counter-productive and difficult to enforce in Hong Kong, where tens of thousands of people have already defied police bans on public rallies in the last four months.

Protesters demonstrated against what they claim is a government scare tactic and a bid to quash 18 consecutive weeks of sometimes violent protests.

Thousands of protesters, all wearing masks, chanted slogans calling for democracy and police accountability as they marched through the city's business district.

"I want to wear face masks" they chanted, and "Wearing a mask is not a crime." Many cars honked in support while stuck in traffic due to the protests.

One demonstrator told a local broadcaster that the people of Hong Kong would not be intimidated by the government's tactics.

"Will they arrest 100,000 people on the street? The government is trying to intimidate us but at this moment, I don't think the people will be scared," he said. 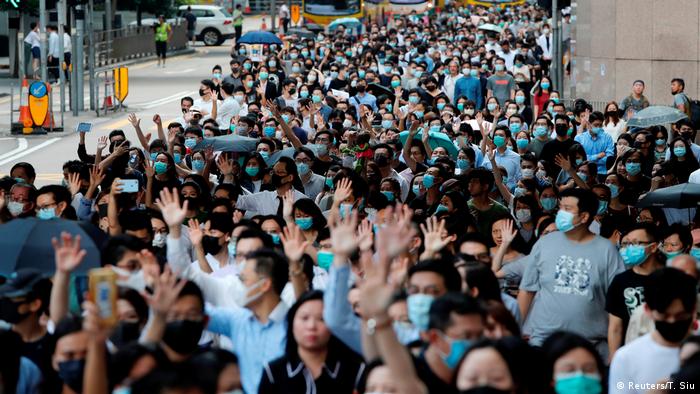 Despite Lam declaring Hong Kong is not in a state emergency, the leader deployed a colonial-era emergency law to impose the mask ban.

Willy Lam, a professor at the Chinese University, told DW that Hong Kong's use of the Emergency Ordinance for the first time in over half a decade is a dangerous step. The law, stemming from British rule, and enacted in 1922 and 1967 to quell riots and strikes, will give Carrie Lam broader powers to implement regulations in an emergency.

"I think the anti-mask law will have limited effect on ending street protests, because when thousands of protesters wearing masks show up at a rally, there are not enough police to detain all of them," said Willy Lam in an interview with DW.

The colonial era-law allows Lam to make "any regulations during an emergency." The wide-ranging law can impose, for example, a shut down of the internet, though no other measures beyond the mask ban have been indicated.

Lam described triggering the ordinance as "a very unwise move." 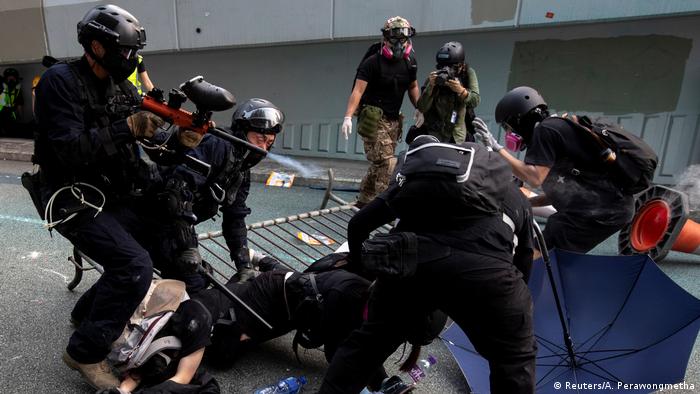 The ban follows wide-spread violence in Hong Kong on China's National Day, when a police officer shot 18-year-old protester Tsang Chi-Kin, the first victim of gunfire. Tsang was charged with assaulting a police officer and rioting.

What began as a protest against an extradition bill, the pro-democracy movement has since evolved into an anti-Beijing campaign and calls for Lam's resignation.

"Stepping down is not something that will help the situation" when Hong Kong is facing "a very critical state of public danger" Lam said.

"We must save Hong Kong, the present Hong Kong and the future Hong Kong ... We can't just leave the situation to get worse and worse."

For weeks now, hundreds of thousands of people have demonstrated in Hong Kong against the increasing influence of the Beijing government over their region. People in mainland China, however, have little sympathy. (19.08.2019)

The Chinese president is also set to attend the inauguration of the next Hong Kong administration. His attendance is seen as a display of Beijing's control over the city amid a crackdown on dissent.