On the 70th birthday of the People's Republic of China, the country's ruling Communist Party gives itself high marks. But academic Perry Link disagrees. 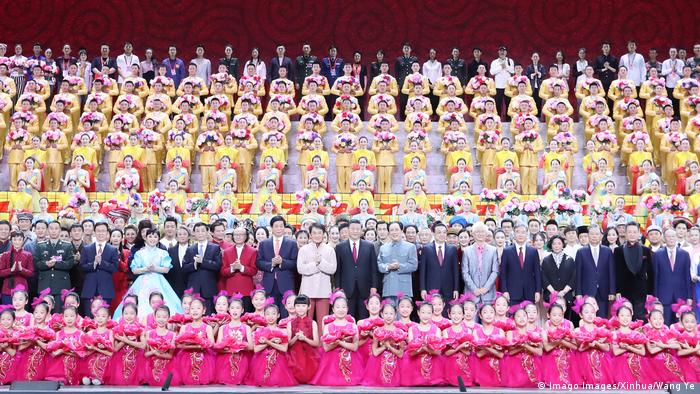 What should we say on October 1, the 70th birthday of the People's Republic of China? The ruling Communist Party gives itself high marks for producing the world's second-largest economy, and China is number one in some other measurable ways: largest foreign-currency reserves, most miles of high-speed rail, and most cell phones, for example.

But many of the firsts are attributable more to China's size than to any unusual acumen of its rulers. One could name other firsts — in traffic fatalities, suicides, and cases of the common cold, for example — where the size of China is the main factor.

On a per-capita basis, the East Asian societies of Japan, South Korea, and Taiwan — which share a cultural foundation with China — all have done better economically. The International Monetary Fund lists Taiwan as 14th in the world in per-capita wealth. Japan is 28th and South Korea 29th. China is 73rd.

The CCP boasts that it has "lifted hundreds of millions from poverty." This claim, too, is less impressive when pro-rated for population size, but a larger problem with it is something quite different. It is the word "lifted." The word suggests that the rulers lifted the populace, whereas the very opposite is closer to the truth. Beginning in the 1990s, hundreds of millions of Chinese, working long hours for low wages without protection from labor unions or independent courts (an arrangement that the CCP in China and multinational corporations abroad both found attractive and cooperated in maintaining) lifted themselves from poverty and, at the same time, catapulted the Communist elite to fabulous wealth. In 2018, the wealthiest 153 members of the National People's Congress in China were worth about $650 billion (€595 billion) — which is about the same as Switzerland's GDP. 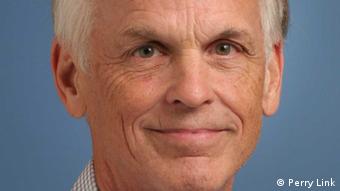 Perry Link: 'If history is a guide, there is reason to hope that CCP rule in China will not last much longer'

The 70 years of CCP rule include 27 under Mao Zedong, when uncountable tens of millions of people met unnatural deaths. The great famine of 1959 to 1962 — caused by Mao's policies, not weather — by itself cost 30 or 40 million lives. A series of other Mao campaigns consistently stressed enmity and violence. In the Great Proletarian Cultural Revolution of 1966-69, youngsters were pressured to denounce their parents, beat their teachers and destroy their books. There could hardly have been a more fatally targeted assault on the core values of China's ancient and sophisticated civilization.

The effects of the Mao-assault on Chinese culture have remained. Today they are visible, among other places, in a frightening subversion of moral language. In the 1950s, when Mao said "Serve the People," many in China accepted the slogan as new content in their repertoire of public moral norms. But by the time Mao finished with his mayhem in the 1970s, the same phrase was utterly hollow.

Most of the official moral-norm slogans that followed were equally hollow.

Xi Jinping's statement that "we adhere unswervingly to socialism with Chinese characteristics" is not only vacuous, but, to a conscientious intellect, incoherent. But everyone knows what it really means. It means shut up and obey the Party.

Xi Jinping, like every top leader since Mao, cannot afford to jettison the Great Helmsman because too much of the lore that supports the Party's prestige (and hence its power) is invested in Mao. Beyond that, Xi needs Mao as a model. Xi is a thinly educated man, is sparsely traveled and has not been able to imagine where to turn for intellectual resources other than to Mao-methods.

During the Cultural Revolution, Mao threw Chinese society into a frenzy that celebrated China as a unique place, was destined for world leadership and was the basis for an overweening national pride. This juggernaut crashed and in the late 1970s many Chinese were vowing that it could never happen again. But now, four decades later, something very similar indeed is happening again. Today China excites a gaudy if superficial "patriotism." Some of the proud innovations involve recent advances in technology: hundreds of millions of public surveillance cameras, AI-assisted facial recognition, and "social credit" scores that put government numbers on the reliability of citizens.

Will the Xi juggernaut succeed?  It would be bad news, for China and for the world, if it does. But it would also be frightening to watch it crash. What would be the resulting turmoil, and how long would it last?

If history is a guide, there is reason to hope that CCP rule in China will not last much longer. At age 70, it is already the longest-lasting of modern communist regimes.

If the Chinese regime appears strong on its 70th birthday, we should take a moment to appreciate the position of its leader. All at once, Xi Jinping needs to worry about democracy in Hong Kong, about the Trump trade war, about a serious swine disease that is causing skyrocketing pork prices, and about an economy that has entered slow decline. One problem with grabbing power in every field is that blame for problems anywhere gathers at one's door.

In Communist Chinese tradition, leaders who have failed have often gone to jail. Their families are vulnerable, too. Even the wife of the great Mao went to prison after he died.

A few days ago, the authoritative CCP journal Qiushi (Seeking Facts) did something strange. It reprinted a Xi Jinping speech from 2014 in which Xi said that a healthy political system needs "orderly transition" of its leadership. Four years later, President Xi pushed through a new rule that abolished term limits for the country's president.

The Qiushi article is but a tealeaf, and the system as a whole is opaque, but if Xi is having second thoughts, the reasons for them are not hard to imagine.

Perry Link is Chancellorial Chair Professor for Innovative Teaching, Comparative Literature and Foreign Languages in the College of Humanities, Arts, and Social Sciences at the University of California, Riverside and Emeritus Professor of East Asian Studies at Princeton University. Link has translated many Chinese stories, writings and poems into English.

Chinese President Xi Jinping is heading into his second term with a massive tailwind, but it will push the country further toward autocracy. The only thing modern about it is the technology, says DW's Matthias von Hein. (25.10.2017)

Germany: Health minister expects youths to get COVID vaccines by summer 1h ago