The 18-year-old shot by police in a protest has been charged with rioting, which carries a penalty of up to 10 years in prison. Tsang Chi-Kin also faces two additional counts of attacking two police officers. 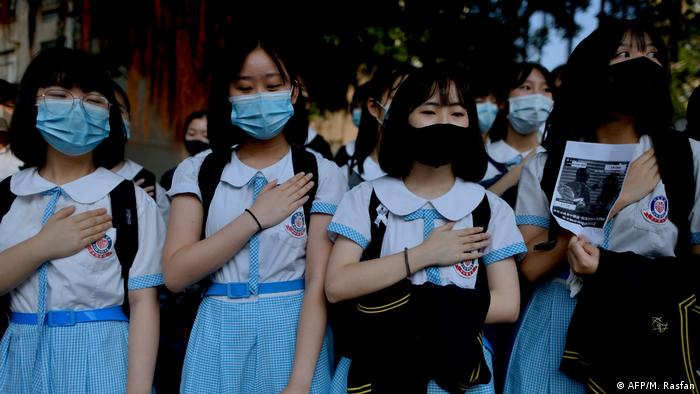 A Hong Kong court charged 18-year-old student, Tsang (Tony) Chi-Kin, with rioting, a charge carrying a sentence of up to 10 years in prison. Tsang was among seven people charged with rioting on Thursday.

A police officer shot Tsang in the chest on Tuesday, China's National day.

Tsang's lawyer appeared in court on his hospitalized client's behalf.

Around 200 supporters turned up to watch the proceedings. Dozens of supporters, many dressed in black, sat outside the courthouse.

Tsang is the first victim of police gunfire in the city's pro-democracy protests. The day the shooting took place was the most violent of the demonstrations to date.

A police officer shot Tsang from close range during a violent demonstration as the student struck him with a metal rod. Tsang was subsequently arrested in hospital. The Hong Kong government has said that the student was in a stable condition after surgery and was not able to attend the court session. 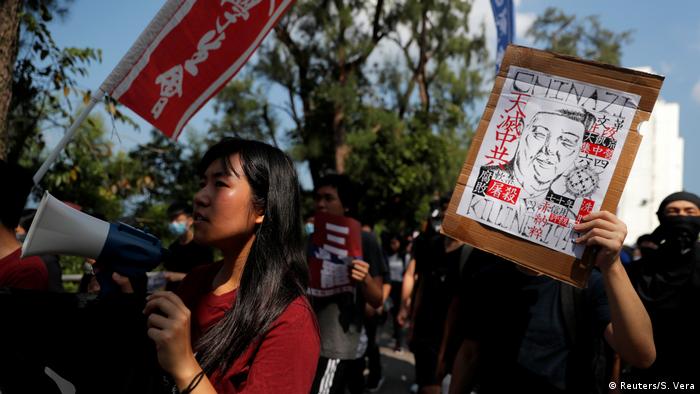 A group of Hong Kong citizens held a press conference on Thursday after authoring a letter, signed by 4,500 people, to Hong Kong Chief Executive Carrie Lam. The letter demands an investigation into "the abuse of basic human rights of children" during the pro-democracy protests.

If Lam does not respond to the letter, the group threatened to appeal to the United Nations Committee on the Rights of the Child.

"We strongly condemn the abuse of power by the government and the police. We are deeply concerned about the situation and the safety of detained children," they said.

The shooting took place as Communist leaders in Beijing celebrated 70 years in power.

More than 1,000 students marched at the Chinese University on Thursday in solidarity with Tsang.

A day after the shooting, thousands of demonstrators rallied in Hong Kong to demand that police be held accountable. Police accountability is one of the main points that protesters have been demanding be addressed over the last 18 consecutive weeks of demonstrations.

Protesters have repeatedly demanded an independent investigation into what they claim is police brutality against demonstrators. 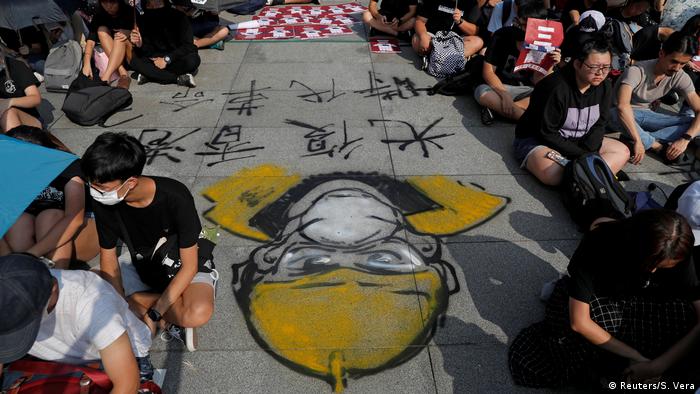 Hong Kong protesters also staged a sit-in at the shooting victim's school, where students chanted "no rioters, only tyranny," and held up pictures of the incident, taken from videos that have gone viral on social media.

Police urged the government on Thursday to impose curfews to help curb the escalating violence across the city. The city is also set to enact an emergency law to ban face masks at rallies, according to a local media source.

Sieren’s China: Back to business

German Chancellor Angela Merkel will have to strike the right balance on her upcoming trip to China amid mass protests in Hong Kong. But this should be an easy task for her, says DW's Frank Sieren. (04.09.2019)