The pro-Beijing leader said her government's handling of the controversial extradition bill had been a "total failure." Pro-democracy protesters said they would continue to rally until the bill was officially withdrawn. 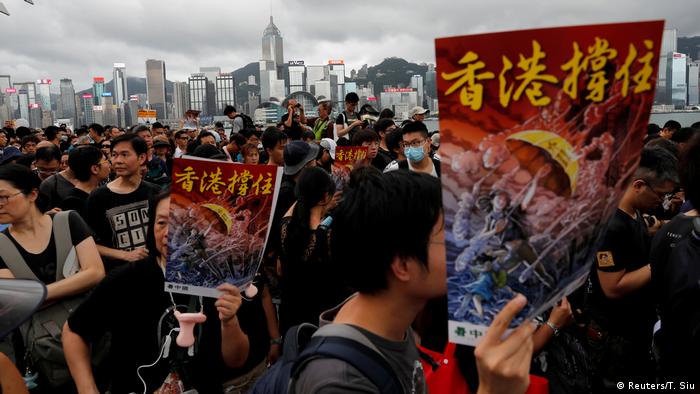 Hong Kong leader Carrie Lam on Tuesday said the extradition bill that sparked massive protests in the city was "dead" and that it had been a "total failure."

The controversial legislation would have allowed people in Hong Kong to be sent to China to face trial. The bill was suspended by Lam last month following clashes between protesters and police during several massive anti-bill demonstrations.

Lam recognized there were "still lingering doubts about the government's sincerity or worries [about] whether the government will restart the process with the Legislative Council. So I reiterate here, there is no such plan. The bill is dead."

However, Lam's statement failed to placate the protesters, who called on Lam to resign and withdraw the bill entirely.

"We cannot find the word 'dead' in any of the laws in Hong Kong or in any legal proceedings in the Legislative Council," protest leaders Jimmy Sham and Bonnie Leung said in statements in English and Cantonese.

Leung said that details on future protests would be published at a later time.

Activist Joshua Wong, who recently left jail for his role in the 2014 Umbrella movement, told DW that Hong Kong people have "no trust in Beijing and the Hong Kong government" and he said comments Lam made were "ridiculous lies" and he slammed Lam as a "HABITUAL LIAR" on Twitter.

"The extradition bill still exists in the legislative program and it will continue to exist until next year July," he told DW, adding that protests would continue. "The threat will continue in the next twelve months."

Protesters said the extradition law would expose Hong Kong residents to the mainland Chinese judicial system, where they would not get a fair trial. They also feared the bill was part of a campaign by Beijing to undermine the city's semi-autonomous status.

Although Hong Kong was returned from British to Chinese rule in 1997, it is still administered separately under a "one country, two systems" arrangement.

On Sunday, some 230,000 people marched toward a railway station that links Hong Kong to China, to signal their grievances to mainland residents. Police clashed with some demonstrators during a post-march rally.