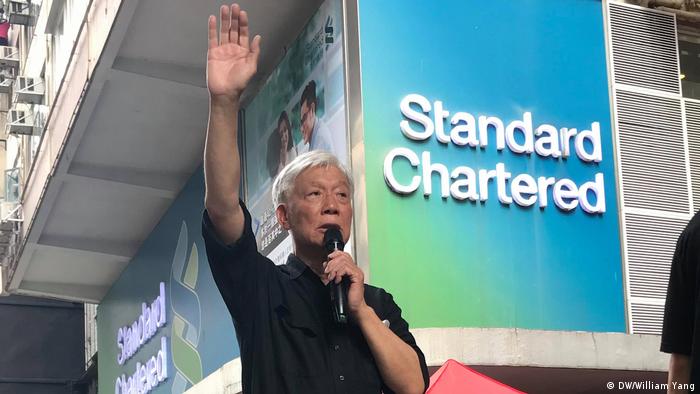 "Sing Hallelujah to the Lord" has become a hit across Hong Kong in the past few days, and it's the first thing I heard as I made my way to Sunday's anti-extradition bill protest. The man singing the song was Reverend Chu Yiu-Ming (pictured), a prominent opposition figure who received a suspended sentence in April for his role in the 2014 Umbrella Movement protests.

Chu has been an activist in Hong Kong's pro-democracy movement since 1989, when it was still primarily focused on promoting democracy in mainland China. Back then, when the city was still a British territory, protesters were able to engage in fair negotiations with the Hong Kong government, he said. But since the United Kingdom handed the city over to China in 1997, the government has become less interested in communicating with the civil society, particularly in the past few years.

"Carrie Lam's speech during Saturday's press conference was one good example," Chu said. "She spent most of the time thanking pro-China legislators and the Chinese government for their support of the extradition bill, and she didn't even bother to mention the demands made by millions of Hong Kong people. Essentially, Hong Kong people's demands mean nothing to her."

With the government passing more of what he sees as rules that undermine Hong Kong's relatively free civil society, Chu thinks it is time for Hong Kong residents to launch a major resistance campaign against what he calls the expansion of totalitarianism.

"I don't know how many more times we can still take to the streets and protest like today, but if Hong Kong government's policy is against the people's will, we definitely have to resist and fight back," he said.

While many western media hailed the government's decision to indefinitely suspend the bill as a victory for Hong Kong people, Chu thinks many of the demands made by protesters remain unanswered.

"Veterans like me have to come out and defend the future of Hong Kong's younger generation," he said. "The younger generation will also have to become more involved in these movements, so that they can ensure by the time they get to our age, the rights they enjoy now will still exist."

Unlike Reverend Chu, Chi Yip Kung has very little experience in the pro-democracy movement. A recent graduate from the Chinese University of Hong Kong, Kung didn't become active until the anti-extradition bill protests. For him, the bill would jeopardize the city's way of life. 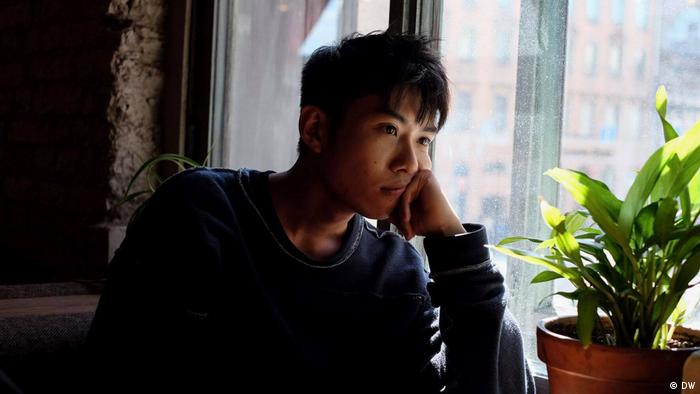 Chi Yip Kung was 'hopeless' before the anti-extradition protests

"The extradition law is obviously invading our human rights and our freedom, and since we have no confidence in China's legal system, we need to come out and protest against its passage," he said.

Despite the government's decision to "indefinitely" suspend the bill, Kung thinks the proposal is likely to resurface at a later point. And after witnessing the disappointment and hopelessness experienced by so many peers after the 2014 Umbrella Movement rallies, he is skeptical that peaceful demonstrations can influence a "dictatorship" like the mainland Chinese government.

"The anti-extradition bill protest is like the last moan before death," he said. "While I still believe that public protests can have an impact on [democratic] governments, I don't think the old way can work when we are fighting against a dictatorship."

Yet he still retains some solace in Hong Kong people's willingness to at least unite in defiance of the anti-extradition bill.

"I was hopeless before June 9, but after this week, I think my hope has ignited," he said.