Hong Kong's embattled leader Carrie Lam was forced to abort her annual policy address amid chaotic scenes inside the city's legislature. She later delivered her speech via video. 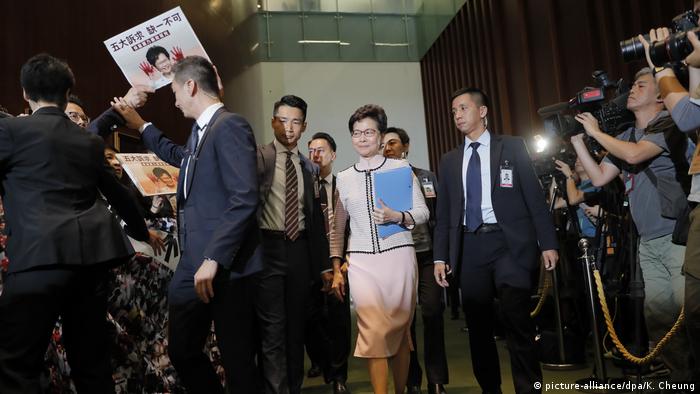 Hong Kong's Chief Executive Carrie Lam on Wednesday was forced to stop delivering a State of the Union-style speech that laid out her policy objectives for the Chinese special administrative region.

The speech by Lam was billed as an attempt to win hearts and minds after four months of seething pro-democracy protests.

But in chaotic scenes in the city's legislature, furious pro-democracy lawmakers twice forced Lam to stop delivering the speech and then clamored for her to resign after she walked out of the legislature. 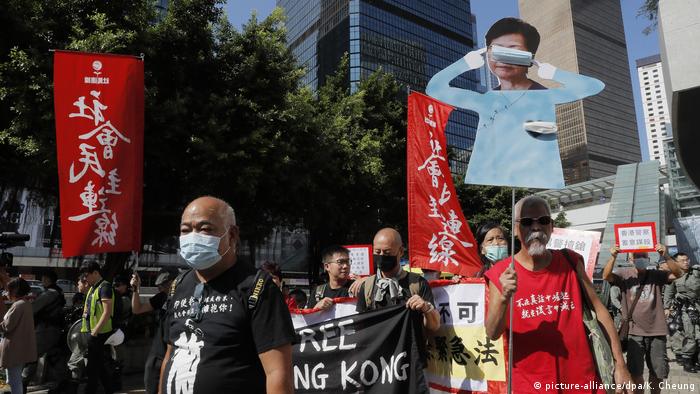 The address came against the backdrop of Hong Kong's worst political crisis since its return to Chinese rule in 1997.

The chief executive earlier said her annual speech would focus on land and housing issues in the city, but critics said they had little hope of any measures defusing the increasingly violent protests.

Mass protests began in Hong Kong in June against a proposed bill that would have allowed Hong Kong residents to be extradited to places, including mainland China, to stand for trial. The widespread public discontent forced the government to withdraw the proposed legislation.

But the demonstrations have since escalated into a massive anti-government movement with renewed calls for democratic reform.

More than 2,300 people have been arrested since protests began in June.

Renewed calls for Lam to step down

In the legislative building, pro-democracy lawmakers shouted "five demands, not one less" as they heckled Lam.

The expression has become one of the movement's rallying calls, referring to protesters' five main demands, which include universal suffrage and an independent inquiry into what they say has been excessive force by police in dealing with demonstrations.

Some of the lawmakers wore masks of Chinese President Xi Jinping inside the chamber as they held up posters calling for the five demands to be met.

At an impromptu news conference outside the chamber, pro-democracy lawmakers played a recording on a small loudspeaker that they said was the sound of police tear-gassing protesters and of protesters screaming.

She and others called for Lam's resignation. "This is the only way that we can have a good future," said Chan.

Beijing's main state newspaper has said an app available for iPhones allows Hong Kongers to track the whereabouts of police. The paper has accused the app of promoting violence and "illegal acts." (09.10.2019)