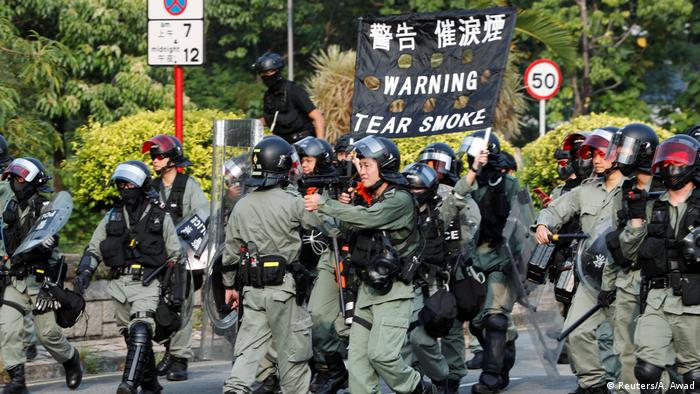 In a change from more concentrated demonstrations in fewer locations, Hong Kong pro-democracy protesters on Sunday dispersed across multiple parks, shopping malls and sports grounds, maximizing their chaos and their visibility.

The guerrilla-like tactics are the latest attempt by demonstrators to counter police swooping in on mass groups to make arrests.

The move comes as the demonstrations enter their fifth month and protester numbers appear to be dropping. The government's recent introduction of a ban on face masks and its violent encounters with the protesters also may have tempered enthusiasm. Protesters can be punished with up to one year in prison if caught wearing a face mask.

"It's no longer possible to get 100,000 people to come out," Edmund Tang, a protester who slept overnight at a gathering of about 200 people outside police headquarters in Hong Kong, told The Associated Press. He explained that the mask ban has dissuaded protesters across the city. 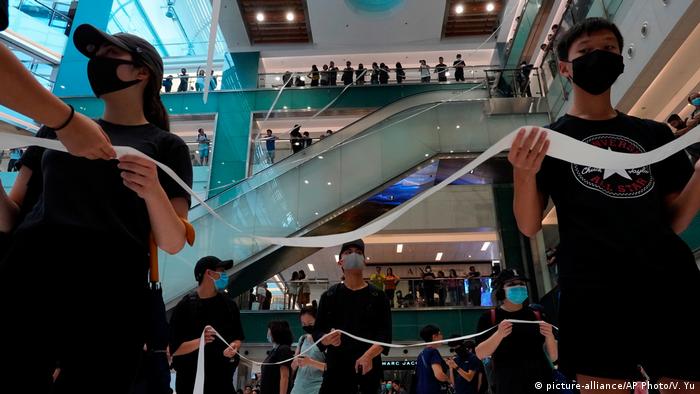 Sunday's gatherings were generally smaller and less violent than in past weeks. Flash mobs and brief clashes with police were witnessed in about four different locations across the city.

Protesters gave Sunday's demonstration the theme "blossom everywhere" and encouraged activists to gather in malls across a number of locations in the city.

Demonstrators also blocked roads across the city using various methods such as building barricades out of traffic barriers. Police reported that "rioters hurled objects" onto the train tracks at Sha Tin Station while it was in use and that activists smashed the windows of some pro-China businesses, including Huawei, and sprayed graffiti.

Protesters are not the only ones to have changed tactics, however. Riot police also quickly adapted. Police spread out across multiple locations and made numerous arrests on Sunday, saying they used "minimum force."

In its fifth consecutive month, Hong Kong's pro-democracy movement has evolved into an anti-Beijing campaign. Demonstrators are also calling for police accountability and the resignation of the city's chief executive, Carrie Lam.

Coronavirus: Home tests will give Germany 'more freedom' 2h ago