As a guest of San Francisco's Goethe Institute at the Bay Area Book Festival, DW's David Levitz, host of "100 German Must-Reads" videos, reflects on his identity as an American Jew and novels on Germany's Nazi history. 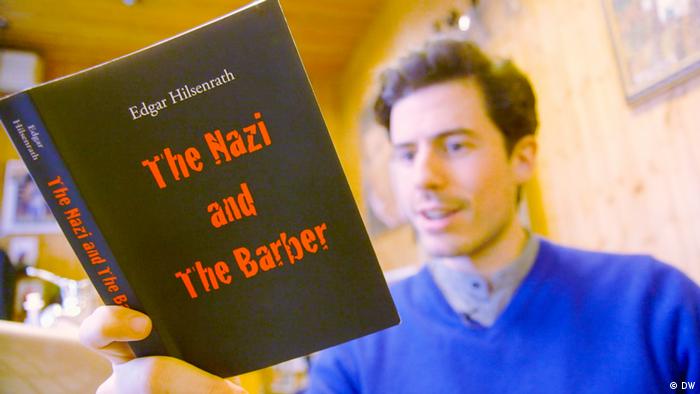 How did you, an American Jew, become an ambassador for German literature? Since launching DW's project  100 German Must-Reads with 100 videos of me explaining German-language authors translated to English, I've gotten that question exactly zero times.

In Berlin, where I live, it hasn't occurred to anyone to ask. For one, most of the Germans I've met during my 10 years in Germany know Jews more as a historical concept than as living humans with giveaway names such as mine. To be fair, though, most probably wouldn't see any conflict in the two identities.

Still, the Holocaust looms large on our list, and last weekend when we presented the project in my home country at the Bay Area Book Festival in Berkeley, California, I expected the question to come up. It did, but only in my own mind.

The literary bridges between Germany and California

I imagined some kind of connection I might have, tribal or otherwise, to the Jewish authors and other persecuted novelists on our list who fled to California before the Holocaust, some of them finding successful careers in Hollywood.

California was only a temporary home for Alfred Döblin, Bertolt Brecht, Thomas Mann and Klaus Mann. For Heinrich Mann, Vicki Baum and Lion Feuchtwanger, it was their final destination.

"It seemed ridiculous to imagine that the tame, domesticated beast, the common man, threatened to revert to his wolfish nature," Feuchtwanger wrote in 1933, just after Hitler seized power, the same year the author left Germany. His novel The Oppermanns is one example my colleague Sabine Kieselbach and I use to illustrate German-Jewish authors' early premonitions of the horrors that were to come.

David Levitz on 'The Oppermanns' by Lion Feuchtwanger

Today, things are different; more and more Jews are now moving to Germany. And in Berkeley, famous for its left-wing intellectuals — many of them Jewish — festival-goers asked us about complicity under the Nazi regime, not to apportion blame but to point to their own fears of standing idly by as US democracy erodes and the polar ice caps melt.

Reckoning with history: A German model to export

With or without references to the present day, the crash course Sabine and I gave in German literature bore the weight of two world wars, genocide and a socialist dictatorship.

For a quick breather, we turned to US talk show host Jimmy Fallon and German actor Christoph Waltz.

The clip we showed has nothing to do with history; Waltz tests Fallon's knowledge of long German words such as Sitzpinkler ("a man who pees sitting down") or Bezirksschornsteinfegermeister ("the master chimney sweeper of a city district").

But the video is also a perfect springboard to another long German word that's essential to understanding German literature and modern history: Vergangenheitsbewältigung, loosely translated as "coming to terms with the past." If countries around the world can import German cars, I like to argue, a critical view of one's own history is another product they could afford to import, too.

One of the newest voices in Germany's Vergangenheitsbewältigung is not even German: Kyiv-born Jewish author Katja Petrowskaja, who told a panel audience in Berkeley, "(There were) 100,000 people killed in my city, in the middle of the city. There was no single line (about it) in my (Soviet) text book. Of course, I was completely moved that everybody in Germany knew."

Her novel Maybe Esther, one of our 100 German Must-Reads, is about Petrowskaja's attempt to piece together the history of her own family of Holocaust victims and survivors. She wrote the book in German, which she learned as an adult, to try to redeem the language from its own history. 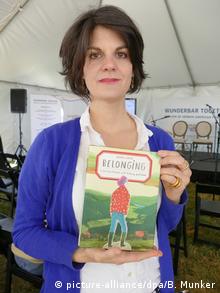 The two German-born authors on the same panel, Nora Krug and Takis Würger, were more critical of their country's efforts to confront the past. Krug, the creator of the fantastic illustrated memoir Belonging - A German Reckons With History and Home said she could only start fully addressing her Germanness years after moving to the US.

Krug's book starts with a conversation in New York with an older woman. Asked if she's ever been to Germany, the woman responds that she in fact survived a German concentration camp because one of the guards saved her from the gas chamber 16 times, sending others inmates in her stead. Krug, whose husband is Jewish, wrote the book to examine her own family's complicity under Nazism but, as she stressed at the festival, not "as an attempt at overcoming my guilt or understanding what being German means (… or) feeling less guilty."

Like Petrowskaja's novel, Krug's work doesn't search for simple or final or complete answers but assembles the fragments of memory and history as she finds them. Both she and the novelist Takis Würger, also on the panel, said Vergangenheitsbewältigung is a process that is too often missing a personal component.

"You are not encouraged to investigate in your own family," said Würger, whose grandfathers served in the Wehrmacht. "My own great-grandfather died in a gas chamber, and I only found out when I was 28." 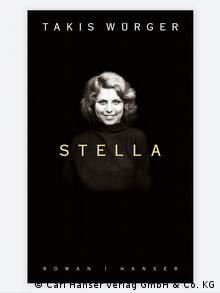 Würger's second novel, Stella, published in German this year, is based on the true story of Stella Goldschlag, a Jew who betrayed hundreds, possibly thousands of other Jews to the Nazis. German critics slammed the book for its entertaining style in the face of historical tragedy.

Perhaps that taboo is still useful, although if the project 100 German Must-Reads has taught me one thing, it's that the last six decades of German literature show that taboos are made to be broken.

No one had written about World War II with the kind of humor and crassness expressed by Nobel Prize laureate Günter Grass before he published The Tin Drum in 1959. Holocaust survivor Edgar Hilsenrath didn't find a German publisher for his biting satire The Nazi and the Barber until 1977, six years after it came out in English.

At the festival, a young woman asked for book recommendations that would help her understand her grandmother's experience surviving the bombing of Dresden. A few decades ago it would have been hard to recommend her many titles. That's because stories of German suffering in World War II were kept under wraps for decades. One exception, A Woman in Berlin, an account of mass rape by occupying Soviet soldiers, came out in Germany in 1953 but was quickly taken off the shelf and wasn't printed again until 2003.

'The Reader' by Bernhard Schlink

'The Reader' by Bernhard Schlink

After the festival, I found myself invited to dinner at a real Berkeley commune, the kind I thought was also a fragment of history. Over a dinner of lentils and quinoa, one of the 17 people living there, a teacher named Nina, asked me about my presentation. I explained this series of broken taboos and how Bernhard Schlink's 1995 book The Reader (later filmed with Kate Winslet)  broke another one by portraying a former concentration camp guard not as a monster but as a complex human being. "That's so important," Nina said, quickly adding that her own mother had escaped the Nazis as a girl in Paris. She said it was essential to see beyond the permanent labels of victim and perpetrator, because the roles could too easily be switched.

I thought: Maybe it's not just about being Jewish or German. The best we can do is to keep puzzling this out together.

A Germany Year in the US: Opening up the conversation

As the "Deutschlandjahr USA" campaign is launched on October 3, Johannes Ebert, secretary general of the Goethe-Institut, talked to DW about what unites — and separates — Germans and Americans. (02.10.2018)