This over 1,000-page masterpiece offers a panoramic view of society in the 19th century and exposes the collapse of a merchant family: unrecognized sons, disillusioned daughters and the loss of middle-class ideals. 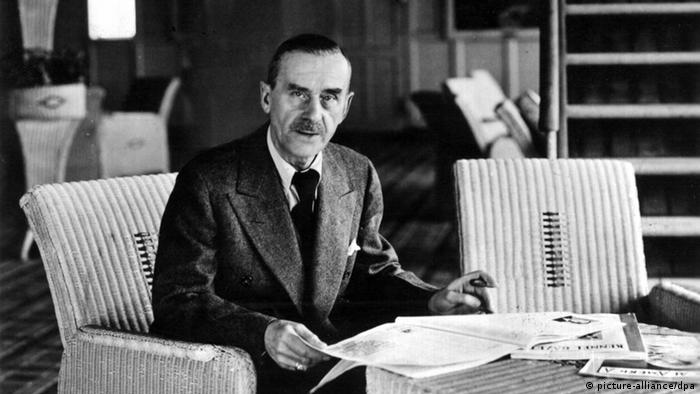 Who would have imagined it in the beginning? A 26-year-old man without a high school diploma, but greatly ambitious, writes a two-pound book with a melancholy undertone. "I'm not exactly delighted," his publisher initially responded. But he ended up publishing the novel anyway, more out of goodwill than conviction. And the rest is history.

For many, Thomas Mann's Buddenbrooks is considered THE German social novel. It is indeed a classic, and one that garnered the Nobel Prize in Literature in 1929. Global fame, an international best-seller, and required reading for many German students. Anyone who mentions Thomas Mann thinks of Buddenbrooks in the same breath. Why is that?

Life as a literary model

Does the explanation lie in the autobiographical connections between the work and the author?

Thomas Mann was born in Lübeck to a merchant family, but his artistic aspirations did not fit in well in the middle-class mainstream. This struggle inspired Mann's first work. The inability of this sensitive bohemian to carry on the family's time-honored business after the death of his father was sniffed at and derided.

Reflecting the situation of his novel's character Hanno, Mann had a privileged life in a wealthy family, but one that was at risk of collapse. The aspiring novelist also had to withstand disappointing the expectations of others. He was forced to defend his dream of an artistic life. Yet as much as he was inspired by real life, he forcefully altered these biographical details to place his unique literary mark on his writing.

But does that really matter in light of people who choose not to make the distinction between an author's life and his work? Even though the name "Lübeck" does not appear in the novel, citizens there felt markedly insulted after the publication of Buddenbrooks in 1901.

That likely lies in the fact that the image the author portrayed was not one of an idyllic northern German city, but one of a place that had difficulty blending tradition with modernity. 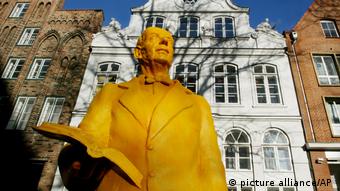 People were initially shocked over "Buddenbrooks" in Lübeck, but now, Thomas Mann stands tall in the city

This contradiction is also seen in each of the figures in the novel. Nothing is like it appears. Mann lays down this foundation of this skepticism from the very beginning, in a scene taking place on a very ordinary Thursday in October 1835. The Buddenbrook family comes together for their ordinary late lunch.

"There they all sat, on heavy, high-backed chairs, consuming good heavy food from good silver plates, drinking full-bodied wines and expressing their views freely on all subjects. When they began to talk shop, they slipped unconsciously more and more into dialect, and used the clumsy but comfortable idioms that seemed to embody to them the business efficiency and the easy well-being of their community. Sometimes they even used an over-drawn pronunciation by way of making fun of themselves and each other, and relished their clipped phrases and exaggerated vowels with the same heartiness they did their food."

There sits the leader of the family company, Johann Buddenbrook the Elder, and his wife, his son and counsel Jean, along with his family. The grandchildren are also there: Tony the dreamer, the quarrelsome rebel Christian, and Thomas, the eldest grandchild.

It is Thomas who is supposed to later take on the responsibility of continuing the family tradition, regardless of the cost. Mann weaves his narrative work starting with this main family, and then across several generations.

But appearances in the family are deceptive. The reader senses it's all headed toward a downfall. The new house is taken over from a family that was once as illustrious as the Buddenbrooks, but faced financial ruin and had to leave.

Johann and his family aim to make a better go of it. They make decisions on what is demanded economically, but fail — financially, interpersonally, and mentally.

Tony and Thomas end up falling in love with people not befitting their social standing, but do not have the courage to stand up to their parents. They enter marriages of convenience, yet it is these partnerships that paradoxically set disaster in motion.

Language as a mirror

From an early age, Thomas Mann was influenced by Schopenhauer's pessimistic notion of the will being a blind force at work in the world. Thus, there is likewise no escape for the Buddenbrooks. They speak of emotions and morality, yet it is money and economics that steer the ship. Failure, decline and even death seem to be the only viable outcome.

Mann also punctuates this hopelessness in a stylistic manner, by consistently repeating entire passages word for word, or evoking motifs such as the family registry or the estate in all their various forms. 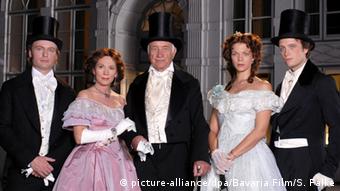 Heinrich Breloer turned the novel into a film in 2008

The lowly servants, the courtesans, and the demi-monde: all of them speak the language of the street, raw and unpolished. In a virtuoso manner, Thomas Mann orchestrated this mass of voices into a panorama of society in the 19th century. The snobbishness on the part of the Buddenbrooks thus appears as a relic of a long lost time. It's a symbol of their inability to adapt to change and place their faith in progress.

Yet the fact that this extensive work spanning several generations does not get weighed down by aesthetic excess is purely due to Mann's brilliance as an author. He is able to bring every one of his numerous characters to life in words. Life that is full of complexity, contradictions and ambiguities. Some of these characters accompany the reader page for page; others appear only briefly.

And yet one begins to contemplate how someone like Grünlich could become a dodgy, unscrupulous husband and catches oneself wanting to chase the fearful Hanno out of the music conservatory and yell to him: "Go, throw yourself into life! You are not a failure." It is precisely this empathy that spurs one on to read through the night and prompts one to chuckle at all the intricate sentences and philosophical digressions.

Thomas Mann was born into a privileged Lübeck merchant family in 1875. He died in Zurich, Switzerland in 1955. "I am a townsman, a citizen, a child and a great-grandchild of German bourgeois society," the author once wrote about himself. Mann received the Nobel Prize in Literature in 1929 for his debut novel, Buddenbrooks. He also garnered numerous other prizes and honors for his extensive work, including Death in Venice (1911), The Magic Mountain (1924), and the tetralogy Joseph and His Brothers (1933-1943). He emigrated to Switzerland in 1933, and to the US in 1938. From there, he made his famous radio commentaries in which he agitated against the Nazis. He returned to Switzerland in 1952.