The three Oppermann brothers and their sister lead comfortable, upper-class lives in Berlin. For a long while, they choose to ignore the rising tide of anti-Semitism — until it's too late. 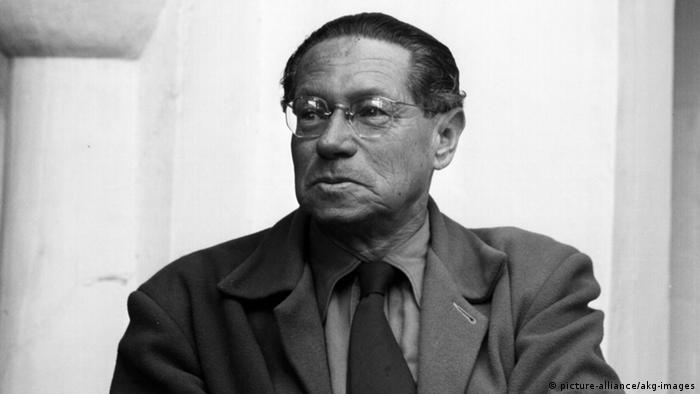 Berlin, early November, 1932: Gustav Oppermann wakes up in a terrible mood — despite the fact that it's his 50th birthday:

"Hadn't those fifty years been good years? Here he lay, the owner of a fine house that suited him exactly, of a substantial bank account, of a valuable business partnership; he was a collector and connoisseur of fine books, a gold medallist in sports. His two brothers and sisters were fond of him, he had a friend whom he could trust, a host of entertaining acquaintances, as many women as he wanted, an adorable mistress."

Oppermann appears to lead a life that is more than fulfilling, without a single worry in the world. But the same cannot be said for most people whose lives take place outside the kinds of circles that the Oppermanns frequent: Unemployment in Germany continues to soar, with more than 6 million people out of work. Adolf Hitler's NSADP party enjoys growing popularity, having recently received the most votes in yet another round of elections, though still falling considerably short of reaching an absolute majority.

Nevertheless, the situation is dire: Hitler's brand of fascism is posing a real threat to the democratic values espoused by the Weimar Republic. 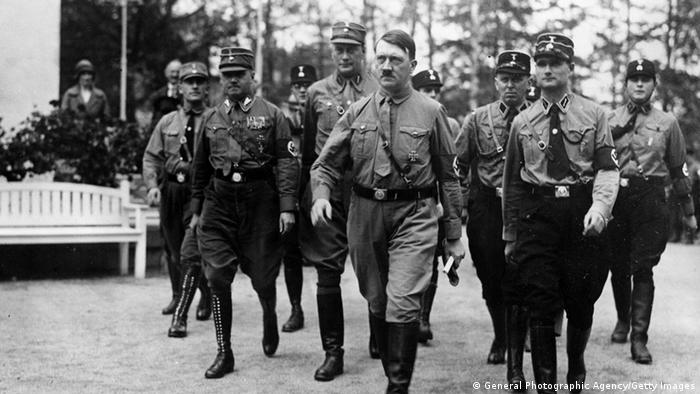 Adolf Hitler's seizure of power on January 30, 1933 spells the end of the Weimar Republic

The Nazi takeover and its consequences

Feuchtwanger's book details a series of events that place between November 1932 and the late summer of 1933: The Oppermanns, a bourgeois family by all accounts, is finding itself having to deal with Hitler's takeover of power.

Gustav Oppermann's brother Martin, who is in charge of managing the family business — a major furniture house — is suddenly forced to merge the company with a German, i.e. Aryan, partner. Another one of the Oppermann brothers, Edgar, who is well-known as a successful doctor at the city hospital, meanwhile falls victim to a public smear-campaign which eventually results in him being chased away from the hospital by Hitler's SA brown shirts.

Martin Oppermann's son, 17-year-old Berthold Oppermann, suffers bullying at school by none other than one of his teachers. He is pushed out of the soccer club despite his outstanding talent for the sport. In class, he draws attention to himself by refusing to hand in assignments praising Nazi doctrine. His teacher eventually forces him to write an obsequious essay on Adolf Hitler's Mein Kampf. Berthold decides that he'd rather take his own life. 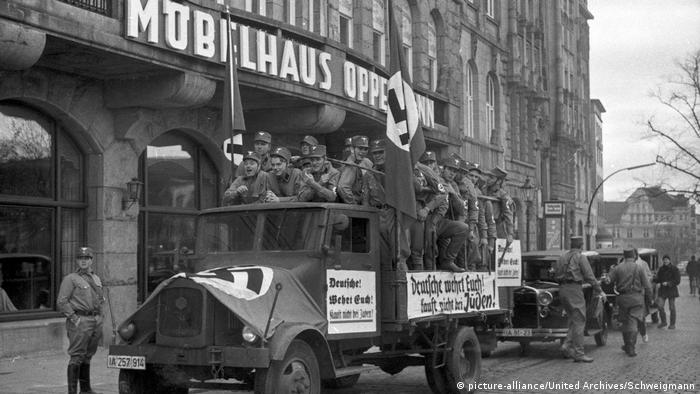 In 1983, "The Oppermanns" was turned into a German television film

The collapse of civil society

The Nazis were quick in establishing their regime, using violence and propaganda to seize and keep power. Many Germans, including many Jews, continued to believe that things would still come around; that electing a populist idiot into public office didn't mean the end of Germany.

But this is no consolation for the Oppermanns:  They get a taste of what is yet to come when the Nazis force them to leave Berlin. They lose their home, their belongings, and their friends — simply because of their Jewish heritage.

Feuchtwanger goes on to describe further manifestations of the Nazis' violent campaigns against Jews — all the way to the early concentration camps. His main character, Gustav Oppermann, decides to leave Germany after all the suffering that Hitler's regime caused him. During his exile in Switzerland, he begins to feel a calling to return to Germany and educate people about the reality of living under Nazi rule:

"During those days people learned to lie in Germany. Many praised the Nationalists aloud but secretly cursed them. Their clothes might be of Nationalist brown but their hearts were a flaming red, the color chosen by their adversaries. They called themselves "Beefsteaks." The "beefsteak" party was larger than the Leader's."

Gustav comes back to Germany using a false passport. He hopes to become a political activist and document Nazi crimes. But his return spells out his doom: he gets arrested and is sent to a concentration camp. Despite eventually being released, his body ultimately succumbs to the abuse he suffered during his captivity.

A premonition of things to come

Lion Feuchtwanger's contemporary novel was first printed by the Dutch Querido publishing house in 1933 — at a time when the author had already left Germany to live in exile in Sanary-sur-Mer, France.

The popular Jewish author had started writing the piece of work just a few months early in April 1933, reacting to the seismic regime change in Germany in January 1933, when Hitler and his National Socialists came into power. The novel is actually based on research that Feuchtwanger had conducted for a film script, which he was going to work on alongside British scriptwriter Sidney Gilliatals. But that anti-fascist screen project never came to fruition, resulting in Feutchwanger's most recognized novel instead.

Written and first published the same year as the Nazi seizure of power, Feuchtwanger's novel at the time of its publication sounded like a premonition about the reign of terror that would ensue in Germany for the next 12 years. Today, it is considered one of the most important literary works documenting the downfall of a democracy.

Klaus Mann (1906-1949, author of Mephisto), later praised The Oppermanns as the "most striking, most widely read narrative description of the calamity that descended over Germany."

Lion Feuchtwanger (1884 – 1958), was born in Munich and raised Jewish. Growing up, his family reportedly placed equal emphasis on the religious rites and traditional aspects of his Jewish heritage as they did on German culture, which they considered themselves to be part of. Feuchtwanger suffered immensely under the Nazi reign of terror himself. After Hitler's seizure of power, copies of his novels were destroyed during the Nazi book burnings in Berlin and elsewhere across Germany on May 10, 1933, as they dealt with themes such as Jewish emancipation. His house and personal estate were also later confiscated.

Feuchtwanger went into exile in France, where he was eventually captured in 1940 after the Nazis invaded the country. He managed to then escape to the United States, where he spent the rest of his life. Lion Feuchtwanger died in Los Angeles in 1958.