Edgar Hilsenrath: 'The Nazi and the Barber'

The history of the Shoah as a dark comedy of mistaken identities told by a mass murderer. After 60 rejections, and only after success in the US, Hilsenrath's controversial novel was finally published in Germany in 1977. 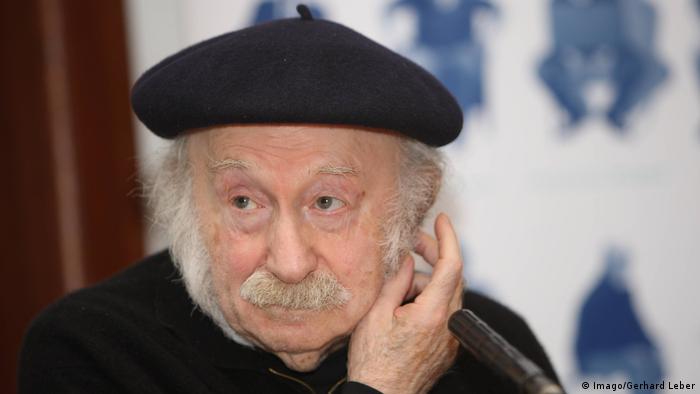 The history of literature is full of broken heroes and victims who punch above their weight. Of bad guys who have a good heart buried somewhere deep within and who ultimately win our pity.

But Max Schulz is different. Such a blood-stained turncoat and exceptionally gifted liar has rarely been described in print, yet this unscrupulous braggart tells his own story in the conversational tone of a picaresque novel.

The story of Schulz begins with him as the son of a lower middle-class father and a Hitler-loving prostitute. Exposed at home to his stepfather's beatings and sexual abuse, Schulz seeks refuge with a Jewish family, the Finkelsteins, whose son he has befriended.

"My friend Itzig was blond and blue-eyed, had a straight nose and finely shaped lips and teeths. I, on the other hand, Max Schulz, illegitimate though pure Aryan son of Minna Schulz, had black hair, frog eyes, a hooked nose, bulbous lips, and bad teeth."

'The Nazi and the Barber' by Edgar Hilsenrath

From mass murderer to victim

Edgar Hilsenrath's absurd scenes are characterized by the fact that they aggressively face up to, and ridicule, old stereotypes and prejudices. One grotesque plot twist follows another when Schulz and his childhood friend are both sent to a concentration camp — one as a prisoner, the other as an SS man; one murdered, the other the butcher.

Schultz ultimately ends up shooting the entire Finkelstein family without any qualms. The inconspicuous little boy has become a cold-blooded killer.

It is one of the grotesque highlights of the novel that this Nazi mass murderer will became an "actual" Jew after the Second World War.

Schulz lets himself be circumcised, receives a concentration camp number tattoo, and assumes the identity of his murdered childhood friend Itzig. He then emigrates to Palestine, becoming an undercover war hero in the Israeli army before settling down as a hairdresser in the newly-founded state. A truly absurd career choice. 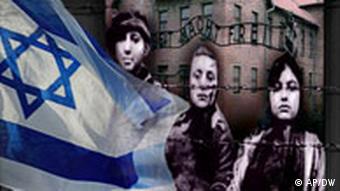 To frame the darkest chapter of German history within a comedy of mistaken identities and to tell it from the perspective of a mass murderer required a good deal of courage.

Satirical treatments of the extermination of the Jews was long a taboo in post-war Germany and countless publishers rejected Edgar Hilsenrath's manuscript. Only after The Nazi and the Barber was translated into English in 1971 and was a great success in the US did it find a German publisher six years later.

Hilsenrath himself had barely escaped the Shoah. He wrote books that were, in the truest sense of the word, literally wrested from death.

For this survivor, the horror of the Holocaust lay in the fact that its mechanisms were so commonplace; it was an evil that had become run-of-the-mill. In a world filled with atrocities, perpetrators could even stylize themselves as victims.

The author therefore decided to approach this monstrosity in the form of a grotesque tale that used wit to transform hopelessness into absurdity.

Edgar Hilsenrath was born in 1926 in Leipzig, the son of a Jewish merchant. The year 1938 was the beginning of a long odyssey after he escaped the Nazis. The writer did not return to Germany until 1975, living since in Berlin. He became best- known for the novels Night (1964), The Nazi and the Barber (first published in English in 1971), and The Story of the Last Thought (1989), about the Armenian genocide. He has received many awards for his works. The Nazi and the Barber and Fuck America (1980) are currently being dramatized on German and international stages.