Satirizing the Holocaust has long been a taboo theme in Germany. After all, how can the Nazi extermination of six million Jews be anything but tragic and unspeakable? 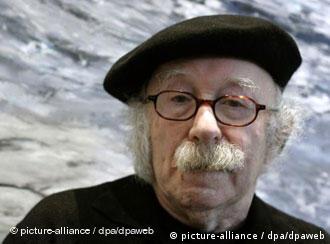 Germany is the land of his birth, but it has been a struggle to achieve recognition in his home country. Edgar Hilsenrath, 80, a Holocaust survivor whose novels have sold in the millions in the United States and Western Europe, makes German publishers feel uneasy. They say his works are "too gruesome, too satirical and too vulgar".

Nonetheless, Hilsenrath, author of The Nazi Who Lived as a Jew, the break-out novel which catapulted him to prominence in the 1970s, was forced to flee the Nazis in 1938, but returned to Germany in 1975 and has lived in Berlin ever since.

His latest work, Berlin Endstation to be published by Dittrich Verlag this May, is an autobiographical novel about returning from New York to a post-war Berlin, divided by the wall.

Autobiographical threads run through most of Hilsenrath's works. His novels, which he writes in his native German, have been translated into many languages in over 20 countries. The multi-lingual author says that he can only be a scribe in his mother tongue, which makes the popularity of his translated works abroad seem even more ironic.

The weekly newsmagazine Der Spiegel once praised the The Nazi Who Lived as a Jew for its depiction of a horrific era with sharp wit. Hilsenrath has also won plaudits from Germany´s literary giant, Heinrich Böll. The satire, which has dashes of slapstick, is about an SS mass murderer, who assumes the identity of one of his Jewish victims, when the death camps are liberated at the end of the war.

Although a bestseller in the United States, it was not released in the original German until six years later. "The publishing houses here said that the German people just weren't ready for it yet. They didn't like the language, they didn't like the open sexuality", Hilsenrath told Der Spiegel last year. 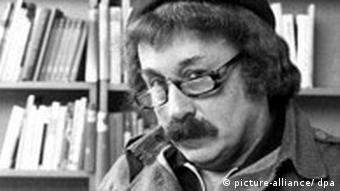 Hilsenrath's debut novel Night; a Novel, was reprinted after the success of The Nazi Who Lived as a Jew. The story is an unflinching account of survival in a Ukrainian ghetto, based on his family's deportation to the then Romanian ghetto of Mogilyov-Podolski in 1941.When the ghettoes were liberated by the advancing Red Army in 1944, the 18-year-old Hilsenrath journeyed to Palestine by way of Bucharest.

Night; a Novel, first published in English translation in 1954 was an instant success, but it took a decade to be released in the original German, with a first run of only 1250 copies.

In an interview with Der Spiegel, Hilsenrath mused about why his works haven't taken off in Germany, as they have elsewhere."I have a rather perverse take on the events of the Holocaust. In Germany people want to make up to the Jews for what happened by idealizing them. The Jews in the ghetto were every bit as imperfect as human beings anywhere else", he said.

Liberation came at a price for survivors on the eastern front, and for young men over 18, that meant avoiding conscription into the Soviet army. The Adventures of Ruben Jablonski, published in 1997, is based on Hilsenrath's own narrow escape with fake identity papers at the end of the war.

In Bulgaria, though, Hisenrath and a delegation of Zionists were arrested by the Russians and interned for two months before being freed by David Ben Gurion, a founder of the Israeli state and later its first prime minister.

Palestine only became a temporary haven for the maverick author, who could not adapt to the mentality of a Jewish state. After a brief sojourn in France, where he was reunited with the rest of his family, the Hilsenraths settled in the United States in the early 1950s, where Edgar made a living as a waiter and night porter. Another bittersweet satire, which draws on Hilsenrath's immigrant experience in New York, bears the provocative title, F--- America.

In a departure from works based on his life, his 1989 novel The Story of the Last Thought, which Hilsenrath considers to be his best work, deals with the extermination of the Armenians under the Ottoman Empire in 1915, for which he was awarded the Alfred Döblin prize for literature, which is sponsored by Günter Grass. The familiar themes -- genocide and racial hatred, run through the novel.

Hilsenrath's 80th birthday celebration will be held on April 9 at the City Hall in Berlin's Schöneberg district, where Bernhard Pfletschinger's documentary film "Night without Morning" based on Hilsenrath's reminiscences of the wartime Romanian ghetto, will premiere.

As the survivors die off, younger novelists have begun publishing secondhand accounts of the Holocaust. Well-known Austrian literary critic Sigrid Löffler examines the shift away from the eyewitnesses' recollections. (Jan. 25, 2005)

When he likes a book, he spares no words extolling its virtues. But when he doesn't, all hell breaks loose. Marcel Reich-Ranicki, Germany's grumpiest literary critic, is a cultural icon. (June 2, 2005)