As the survivors die off, younger novelists have begun publishing secondhand accounts of the Holocaust. Well-known Austrian literary critic Sigrid Löffler examines the shift away from the eyewitnesses' recollections. 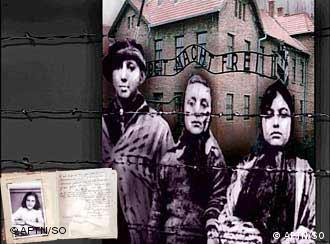 The face of Holocaust literature is gradually changing

On Jan. 27, 1945 the Russians liberated the Italian Primo Levi in Auschwitz; on April 11, 1945, the Americans freed the Spaniard Jorge Semprun in Buchenwald. After returning to their homes, both Levi and Semprun obeyed an overwhelming impulse: to bear witness to the atrocities that they experienced in the concentration camps -- and survived, against all expectations. Both wrote down their still fresh memories.

Primo Levi was the first Auschwitz survivor to publish a book about his experiences: "If This is a Man" appeared in autumn 1947. Even though Levi's testimonial met with total disinterest and went practically unnoticed, this book now counts as one of the basic texts of what is now called Holocaust literature. What's more, its incomparable balancing act between bearing testimony, reminiscence and reflection make "If This is a Man" the best work that has been written on the topic of concentration camps.

Jorge Semprun tried to write about his experiences directly after being liberated from Buchenwald. For half a year, he agonized over his writing. But as opposed to Primo Levi, it was impossible for Semprun to put his experiences in a relevant form at the time. He first had to spend years forgetting, before he could again retrieve his memories. Not until 1960 was he able to face up to his experiences and write the first of numerous books about Buchenwald concentration camp -- "The Long Voyage."

In the decades since, Holocaust literature has constantly gained titles, authors and forms of presentation. Justified by having been witnesses and authenticated by their suffering, survivors have devoted themselves to the literary creation of memory. One thinks of "Still Alive: A Holocaust Girlhood Remembered" by Ruth Klüger, "Fateless" by Imre Kertesz, the books of Edgar Hilsenrath, Louis Begley, Jerzy Kosinski, Tadeusz Borowski, Cordelia Edvardson, George Tabori, Aleksandar Tisma or Victor Klemperer, to name the most famous authors of reminiscences and testimonies.

According to a thesis from Egyptologist Jan Assmann, the past only comes into existence once one refers to it. The past isn't a natural growth; the past is a cultural creation. Since memory functions as a process of continuous description and reinterpretation of the past and since remembrance also includes the ongoing interpretation of events, the boundary between the authentic testimony of survivors and the retrospective appearance of original sources as literature cannot be clearly and selectively drawn. 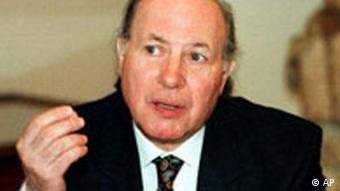 The witnesses themselves have often fictionalized rather than documented. Each work of literature denotes the establishment of artistic distance. Only after Imre Kertesz (photo) received the Nobel Prize in 2002 did this sort of literature of memory, which emerged in the last half century, finally receive the recognition and literary notoriety for its distinctiveness.

If memory experienced should not be lost or disappear from collective memory, it must be transformed from biographical reminiscence into cultural memory; personal memory must be conveyed from the experiences of eyewitnesses into the enduring form of literary construction.

Thus, one cannot bar authors born later from going into the eyewitnesses' archives of memory and making their own literary sense of their recollections. Indeed, we are now observing a change of paradigms in Holocaust literature. The victims are no longer the only ones who recount the Holocaust. Ever more frequently -- especially as the last eyewitnesses die off -- Holocaust storytellers have moved from drawing on their own memories to those of others. What is now increasingly developing is a second-hand literature of memory.

While memory experienced ends up in archives and those who remember disappear, memory procured by later authors carries on in the latter's footsteps. The Holocaust is becoming something freely traded, the subject of art as well as commerce. We face a delicate transition from factuality into fiction, from bearing witness to understanding, to the empathy of those born later via fantasy. What we must expect in the future is Holocaust fiction -- from secondary literature on the effects to spoken artworks but also commercialization of the horror as "Shoah business."

One would hope for the first -- quality literature. But the latter, commercial literature, must be accepted if a key idea of Jewish thought is to preserve its validity -- the key concept at Yad Vashem, the Holocaust memorial in Jerusalem: Forgetting prolongs exile; remembering is the secret to deliverance.

Chancellor Schröder is attending a ceremony in Berlin Tuesday to commemorate the 60th anniversary of the liberation of the Auschwitz death camp. It comes in the shadow of a scandal involving the far-right NPD party. (Jan. 25, 2005)

A lost novel by a once-famous Jewish author who was murdered in Auschwitz is being hailed as the literary event of the year in France, not least because of the extraordinary story that has finally led to its publication. (Oct. 26, 2004)

Students at the Bauhaus University in Weimar have tackled a project that until now no one had seriously contemplated: What sort of souvenir could you sell at a concentration camp? (July 18, 2004)