A Germany Year in the US: Opening up the conversation | Culture | Arts, music and lifestyle reporting from Germany | DW | 02.10.2018

A Germany Year in the US: Opening up the conversation

As the "Deutschlandjahr USA" campaign is launched on October 3, Johannes Ebert, secretary general of the Goethe-Institut, talked to DW about what unites — and separates — Germans and Americans. 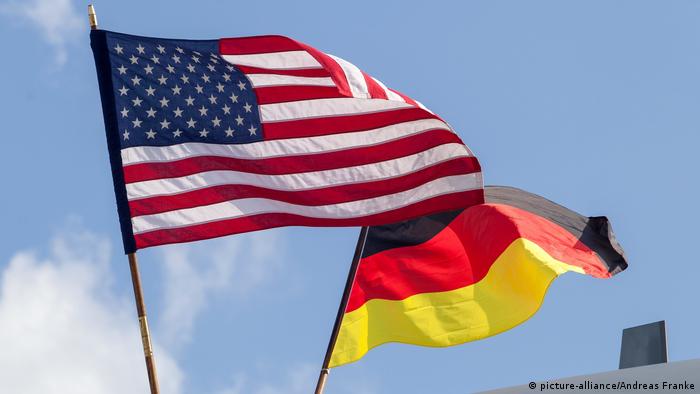 Johannes Ebert: They are very important to us. German-American cultural relations continue to be very intense. They rest on a stable foundation. Postwar German culture was heavily influenced by America and remains so to this day. For example, I'm going to see the new Spike Lee movie with my kids tonight...

At the same time, important German cultural voices have been heard in the US — from Joseph Beuys to Gerhard Richter, to name just two.

And when Germany's president recently opened a new place of intellectual exchange, the Thomas Mann House in Los Angeles, it was warmly received. 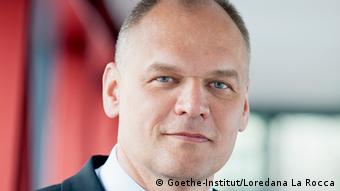 Johannes Ebert is secretary general of the Goethe-Institut

Of course, people working in the field of culture and those interested in culture in the US tend to be critical of the country's current administration. We know that we only reach part of the population through cultural ties. But those relations are very close and intact.

But under Trump, they appear more fragile than ever. Do Germans and Americans now see the world differently?

One should differentiate between basic values, interests and goals. Both countries are, in my view, still committed to the value of freedom. Such values ​​do not change, not even through everyday politics. That's the way it is, and I hope it stays that way.

We do see a change regarding interest-driven policies though. But putting national and personal interests first is a world-wide trend. There's currently a strong tendency in the United States to fend off anything foreign or different, but that's highly controversial in American society itself. So it's important to maintain intense cultural ties while keeping in mind that maybe something has changed here.

So is the Year of German-American Friendship ("Deutschlandjahr USA") a necessary charm offensive?

"Charm offensive" sounds like a short-term reaction. No: After intensive Germany Years in China, in India, in Mexico, we are now going to the United States — a country very close to us.

We are also designing programs beyond the metropolises. Working with existing networks, we're giving players from Germany and the US an opportunity to pursue joint projects. The Deutschlandjahr USA initiative is not a short-term reaction to anything. But the events do stake a stand on the current state of German-American relations.

The Goethe-Institut has six locations in the United States. How are you contributing to Germany's image there? 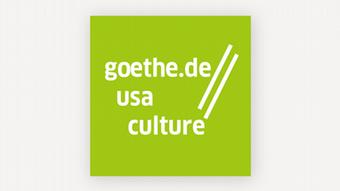 The Goethe-Institut logo in the US

We are in very different locations. Today I regret that we closed institutes in the 1990s — in Houston, St. Louis and Seattle. That's exactly where we should be today to pursue dialogue.

In any case, we are contributing to the current image of Germany through contemporary art, and very much through film. We have a very big film festival in San Francisco, "Berlin & Beyond"— the largest German film festival outside of Europe.

Another project deals with the handling of sensitive data.

And the German language also plays an important role in our work: Almost half a million Americans are learning German!

Apart from such large-scale projects, we run a student exchange program called the German-American Partnership Program, as well as the Transatlantic Outreach Program, which allows American history and social studies teachers to travel to Germany.

So we've been maintaining sustainable exchanges for many years and have been constantly shaping the current perception of Germany, and of the US.

Foreign Minister Heiko Maas announced Germany's new strategy to deal with Donald Trump — described as a balanced partnership to act as a counterweight when the US "crosses red lines." How does this fit in with "Wunderbar Together," the slogan of the Deutschlandjahr USA campaign?

"Wunderbar Together" is an expression of many long-lasting relationships. Some 50 million Americans have German roots. We want to strengthen these relationships. But we also want to openly discuss our different points of view. That's not a contradiction. It's not a matter of unilaterally enforcing or postulating something. Instead, we want a conversation about things that are going well — and things that bother us at the moment.