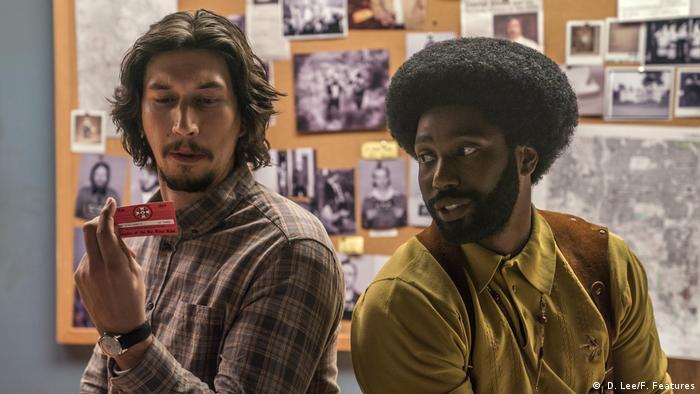 The latest of several films examining the situation of Afro-Americans in the United States, Spike Lee's newest work, BlacKkKlansman, has been described as impassioned and tense, but also funny. Released in the US on August 10, the movie will be shown in German theaters beginning August 23.

Released one year after violent protests by and against neo-Nazis in Charlottesville, Virginia, the film shows footage filmed there — and Trump's infamous reaction blaming "both sides" for the violence.

Applauded in Cannes and Locarno

Based on a true story, the film tells of the black undercover agent Ron Stallworth and his Jewish colleague, who were accepted into the Ku Klux Klan in 1979. Employing the element of farce, the film draws a clear parallel to current politics and racial injustice in the USA.

John David Washington is in the main role, joined by actor Adam Driver.

German police are investigating a group of soccer fans who celebrated their team's promotion by marching through the city of Cottbus in Ku Klux Klan hoods. Energie Cottbus has condemned the behavior as "inhumane." (28.05.2018)

Spike Lee and his films

The US film director is known for being a longtime advocate of equality for African-Americans. Here's a look back at his life and most memorable films. (10.08.2018)