Anonymous: 'A Woman in Berlin'

Hunger. Bombing. Stories of violence by Allied forces. Berlin in the last months of World War II was no place for a woman — as this diary by an anonymous 30-something journalist reveals. 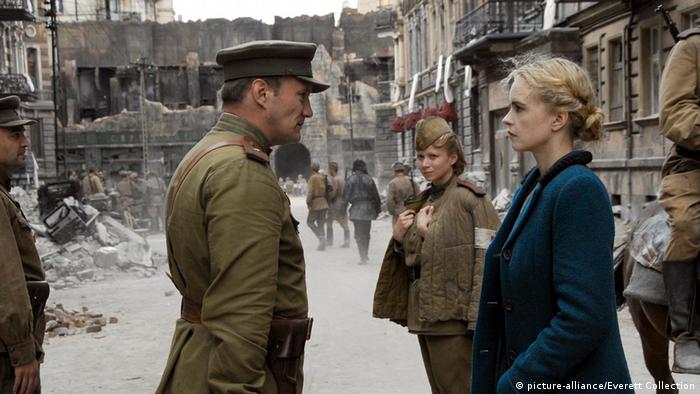 Personal stories of World War II abound. Few, however, were written by women in Germany about their experiences in the dying days of the war.

Among the reports published were those by Ruth Andreas-Friedrich, Ursula von Kardorff, Margret Boveri and Marta Hillers. All of them wrote about the collapse of the Third Reich and the beginning of the occupation period. They wrote about living in rubble in the midst of firestorms, scavenging for food to combat their ever-present hunger pangs, protecting young children from bombings by singing nursery rhymes in dark cellars or about the arrival of the victorious Allied forces.

By some historians' accounts, nearly two million German women from ages eight to 80 were raped during that period of the war.

The diary written by a young woman in her thirties who chose to call herself "Anonymous" chronicles two months of her life during the Battle of Berlin, from April 20, 1945 to June 22, 1945. In disturbing detail, the diary entries reveal a suffering that, although an open secret, remained undiscussed in German society for decades.

The fate of countless women

Like many Berlin women in 1945, "Anonymous" became part of the victorious spoils of the Russian soldiers, the object of their aggressive lust.

The author tells unsentimental stories about her rapes and those of other women, including the distress of a woman who was raped 20 times in a row:

"Her swollen mouth is sticking out of her pale face like a blue plum. … Without a word the redhead opens her blouse and shows us her breasts, all bruised and bitten. I can barely write this; just thinking about it makes me gag all over again."

'A Woman in Berlin' by Anonymous

What the author recorded in three densely written school exercise notebooks was much more than her personal memoir.

In 1954, a New York publisher, to whom journalist Kurt W. Marek, alias C. W. Ceram, had sent a typed transcript of the text, recognized the importance of this document that captured a certain period in time and published an English translation. Further translations appeared, but "Anonymous" only agreed to the publication of a German edition in 1959.

It was not only out of self-protection that the author decided to remain anonymous. It was also to prevent her fate from seeming like an individual event:

"For obvious reasons it has never been possible to calculate the exact figure of the number of rape victims in 1945. A general estimate given is two million German women; this figure excludes Polish women and even Soviet women and girls brought to Germany for slave labour by the Wehrmacht. But the figures for Berlin are probably the most reliable in all of Germany — between 95,000 and 130,000, according to the two leading hospitals," wrote Antony Beevor in the introduction to the book's 2004 English language edition.

The German edition received only a minor and rather critical resonance at the end of the 1950s — the charge was that the women's stories soiled the honor of German women. Not squeamish, not desperate, not victimized, but cynical, sarcastic and ironic: The tone of voice in which "Anonymous" reported about her experiences as a raped woman may have contributed to this. Young soldiers fell at the front; women fell at home — the apparent terseness of her commentary bothered people.

For the women whose bodies became an extension of the battlefield, the boundaries between rape and prostitution became blurred — "Sleeping-for-food" was the way the writer referred to her relationship to one Russian officer. "Slowly but surely we're starting to view all the raping with a sense of humor — gallows humor."

This irony not only helped the young journalist to cope with her experiences. It also enabled her to distance herself from embedded images of the enemy. Despite many atrocities, she saw the Russian conquerors as people, as very different types and individuals. 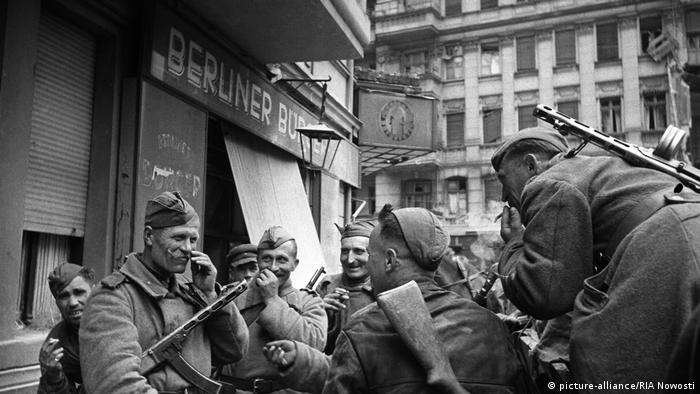 The helplessness of the returning men

When the Russians suddenly disappeared from her block on May 8, 1945, she noted: "And this mass rape is something we are overcoming collectively as well. All the women help each other, by speaking about it, airing their pain and allowing others to air theirs and spit out what they’ve suffered."

Nevertheless, the fact that for many women the end of the war did not bring peace as the physical and mental scars remained fresh was something the author realized when her boyfriend returned from the war. "For him I've been spoiled once and for all," she stated soberly, when despite all the joy of reunion, she remained "ice cold" in bed.

In postwar society, there was a lack of understanding between men and women. "You’ve all turned into a bunch of shameless bitches, every one of you in the building," the returnee commented, disconcerted and incapable of empathy.

After her book had been negatively received in Germany, the author refused a new publication during her lifetime.

Two years after her death, in 2003, the account was published a second time by Eichborn Verlag's the "Andere Bibliothek." Anonymous: A Woman in Berlin promptly became a best-seller.

Only with this publication did the identity of the author become known: the journalist Marta Hillers.

It is not possible to verify how authentic her account is; the book is almost narrated like a novel. Marta Hillers' friend Kurt W. Marek had her handwritten notes available to him for his publication of the diary, as he wrote in the epilogue to the English edition. The extent to which the author of the archaeology best-seller Gods, Graves and Scholars intervened in the text is unclear. The original notebooks with notes placed inside and shorthand writings are still not accessible to the public.

The book's film adaptation, directed by Max Färberböck, was released in 2008. Nina Hoss embodied the diarist who, years after the war, broke the hypocritical silence on behalf of many women.

The journalist Marta Hillers (1911 - 2001) studied history and art history at Sorbonne University in Paris and worked as a freelance journalist for newspapers and magazines during the Nazi era. In the 1950s, she moved to Switzerland, where she lived until her death.

German historians say in a new book that at least 400,000 children were fathered by troops of the four allied powers that occupied Germany after World War Two. They resulted from widespread rapes as well as love affairs. (06.02.2015)

Two men in the middle of a mid-life crisis. A power struggle on the shores of Lake Constance. And an ending where he who follows the rules wins, not he who defies them. Walser shows off his masterful ability to observe.

Germany is guest of honor at the Taipei International Book Exhibition this year. German authors and publishers were on hand, as was DW with its "100 German Must-Reads" project, which is currently traveling the world.