This book reflected the spirit of the times in the 1920s, and turned its creator into a best-selling author. A luxury hotel in Berlin took center stage for people searching for luck, as well as those with a death wish. 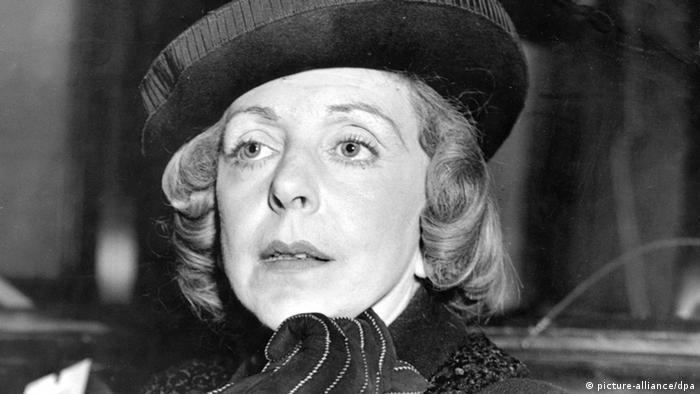 If you were glance through entertainment magazines from the Weimar Republic, you'd certainly come across this woman. Vicki Baum represented the modern woman of the 1920s — employed, independent, contemporary. As an editor at the Ullstein Publishing House, she mesmerized Berlin's tabloid press — flashing a page-boy haircut and extravagant clothing. Stemming from a middle-class family, she did not aim to merely be a good catch. She studied music, chose her own boyfriends, married at a young age, and divorced relatively soon after.

Kitsch as a brand?

Her articles and books oscillated between entertainment and social critique, but literature critics condemned her. They claimed her style was too calculated and oriented too much to the mainstream. They called it kitschy and trivial. People still read her books anyway — particularly young women.

"I'm a first-rate author of the secondary," she once said about herself. But that's precisely what made her so successful. She was the first female author to be turned into a brand name via a strategic advertising campaign, complete with photo series and home stories.

Following her best-seller Stud. chem. Helene Willfüer, Ullstein Publishers pressured Baum to quickly write a new work to capitalize on the success of the author with the widest circulation during the Weimar Republic. The author knew she was up for a challenge, aiming to write a novel so true-to-life, yet laced with a bit of escapism. It was to be authentic, yet indulge in a world of glamour.

A hotel as a melting pot 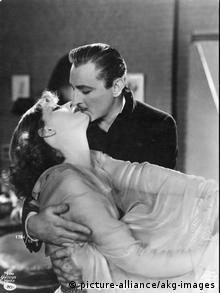 Like the novel, the film with Greta Garbo was also widely popular, garnering an Oscar in 1932

To eavesdrop on real life, she began working in luxury hotels in Berlin. Grand Hotel was the outcome, and became a global best-seller.

A wide variety of characters appear in the novel, among them a neurotic dancer whose best years are already behind her, and a baron who makes his living from performing reckless thefts. Fatally ill bookkeepers and besotted secretaries make appearances as well. An illustrious crowd of people come and go in the foyer of the hotel. It becomes their stage, as well as a reflection of society.

"Marvelous. Always something going on. One man goes to prison, another gets killed. One leaves, another comes. They carry off one man on a stretcher by the back stairs, and at the same moment another man hears he has a baby. Very interesting actually! But that's life!"

Grand Hotel became a massive success, with Vicki Baum's fame spanning to the United States. The novel was turned into a Broadway play as well as a Hollywood movie starring Greta Garbo and Joan Crawford.

That success led the author to settle in the US, emigrating just in the nick of time in 1932, one year before the Nazis seized power. They burned the Jewish author's books, scorning them as shallow, amoral, sensationalist novels. Apparently, it didn't concern them that just a few years before during the Weimar Republic, Vicki Baum's works were among the most widely read.

Hedwig Baum, the real name of the musician and author, was born in Vienna in 1888. She was one of the Weimar Republic's most significant authors. Baum had already immigrated to the United States when her books were burned by the Nazis in 1933. She published newspaper articles and essays, novels, short stories and plays in English. Many of her works were turned into films. She died in Los Angeles in 1960.