US Ambassador to Germany Richard Grenell has made waves after calling for Berlin to issue a domestic ban on the Lebanese political and paramilitary organization. The Foreign Office says no — but is keeping tabs on it. 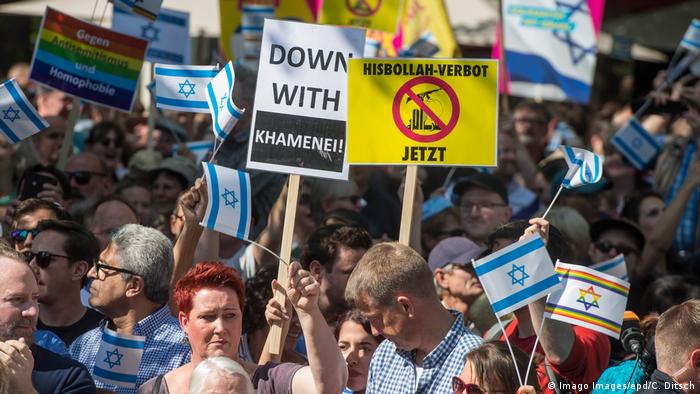 Richard Grenell is again trying to spark a political discussion in Germany. In a guest article for the conservative-leaning daily Die Welt, the US ambassador has called on the German government to ban the radical Islamic organization Hezbollah in Germany.

So far, Hezbollah has been allowed to do political work in Germany. The government is following the EU line on this, which differentiates between Hezbollah's military and political activities. The Shiite party's militia fires rockets at Israel from southern Lebanon. It has close ties with Iran, and denies Israel's right to exist.

In 2013, EU foreign ministers banned Hezbollah's military wing but not its political work in Europe. As a result, sanctions can be imposed on its military leaders. The Netherlands and Britain, however, have taken things further: Following the example of the United States and Canada, they have banned Hezbollah altogether. 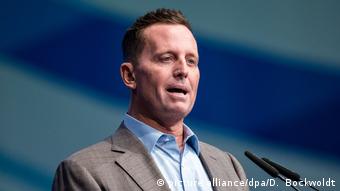 The US ambassador says this is something Berlin should now do as well. He blames Hezbollah for terrorist attacks around the world: "For 37 years, Hezbollah has been murdering innocent people from Lebanon to Syria, Thailand, Bulgaria, Spain and Argentina," Grenell writes.

The German Foreign Office in Berlin confirms that it reviews its stance on Hezbollah on a regular basis. "We discuss this closely with our partners; we check whether the instruments we're using are the right ones," said Foreign Ministry spokesman Rainer Breul. He adds that they are also always in an ongoing discussion with Washington on the topic. However, he indirectly rejected Ambassador Grenell's demands by commenting: "This is an ongoing process that can't be rebooted by some interview."

Political will for ban a complex topic

In June of this year, the far-right Alternative for Germany (AfD) party tabled a motion in the Bundestag to ban Hezbollah. The majority view in the Bundestag was that, while it had to be discussed, there was no question of a swift ban being imposed. 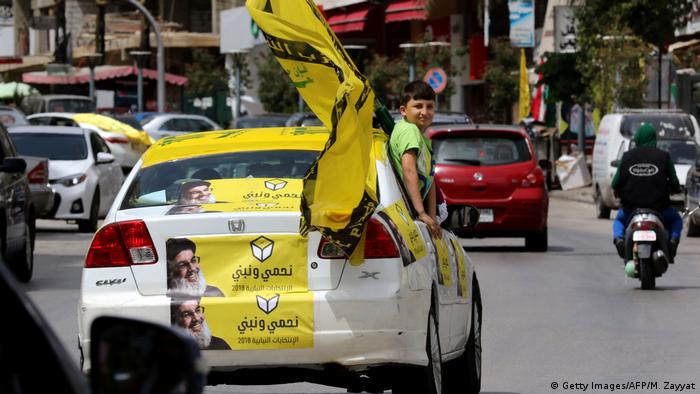 "The party of God" is not only visible in society, but is Lebanon's strongest political force

Last year, the liberal Free Democrats (FDP) delegates asked the German government whether anything was known about possible Hezbollah financing streams in Germany. However, the government replied that any knowledge it had in this area was classified, because publication would put cooperation with other countries' intelligence services at risk.

Responding to a request from the FDP's parliamentary group, the German government wrote that it was important to continue to ensure the possibility of dialog with all the relevant political forces and parties in Lebanon. "At present, banning Hezbollah as a whole would obstruct that," it said.

US rhetoric a 'dangerous strategy of escalation'

Hezbollah and its allies are the strongest force in the Lebanese parliament. Militarily, too, observers say the "Party of God" is stronger than ever before.

The party runs nursery schools and hospitals, teaches in schools, pays pensions and social welfare. According to the German political scientist and scholar of Islam Ralph Ghadban, one could go further and ask whether Lebanon is perhaps already a "Hezbollah state"?

Kathrin Vogler, spokesperson on peace policy for the Left Party parliamentary group, sees Grenell's article as "an attempt to include Germany in the dangerous strategy of escalation that the Trump administration is pursuing in the Middle East."

Vogler told DW that by banning Hezbollah Germany would not effect any improvement in the security situation; rather, it would create problems for itself in future if it wanted to go on making its voice heard politically. "This should be rejected with the necessary clarity," she said. "Our foreign policy is made in Berlin, not in Washington."

'Germany is an Eldorado for money laundering'

Grenell countered by pointing out that Hezbollah receives hundreds of millions of dollars every year from funds it has raised internationally, from criminal networks, and from transnational money laundering. Political scientist Ghadban, who is of Lebanese origin, makes a similar accusation. "Germany is incredibly important for Hezbollah," he told DW, "because Germany is an Eldorado for money laundering."

Read more: US offers millions for info on Hezbollah financing

Germany's domestic intelligence agency currently estimates that Hezbollah has around 1,050 followers in Germany. Shiite mosque communities are frequently accused of recruiting for Hezbollah. The annual Report on the Protection of the Constitution says there are for instance around 30 Hezbollah followers at the Islamic Center Hamburg. 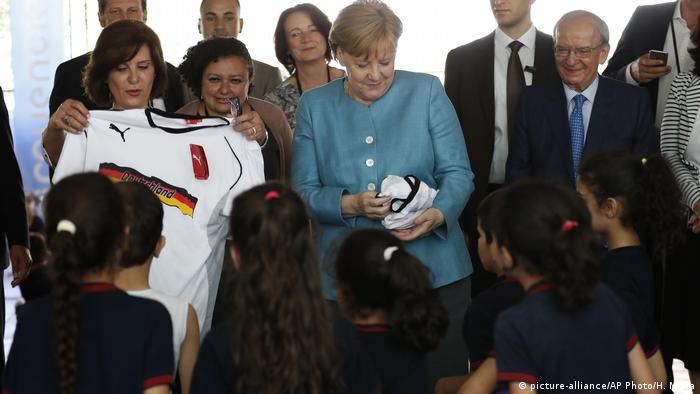 Under Chancellor Angela Merkel, seen here visiting Beirut, the German government has relied on Lebanon as an important regional partner

Mohammed Ale Hosseini contradicts this. He heads the dialog department at the Islamic Center Hamburg, and is a member of the board of the umbrella organisation of Shiite communities in Germany. He told DW that "absolutely no" contact was maintained with Hezbollah, either at the municipal or the federal level. "We're here for the needs of Shiite Muslims in Germany,” he said. "We do not engage in any form of cooperation whatsoever with political parties, either at home or abroad."

Is he for or against a ban on Hezbollah? On this, Ale Hosseini is evasive. "From my religious perspective, Hezbollah — the party of God — must stand for establishing justice, love and mercy of God in the world, regardless of what is happening in reality." 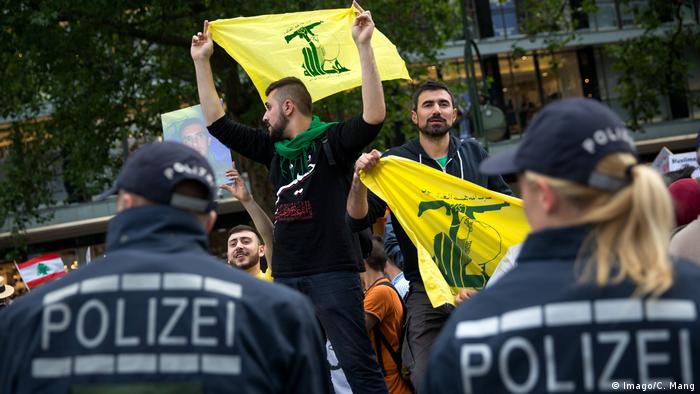 In recent years on Al-Quds Day, demonstrators in Berlin have held both Lebanese and Hezbollah flags high

If part of that is defending oneself against unjust and tyrannical people, he continues, then, in the Abrahamic religions, it should be included in a devout person's responsibilities. However: "What cannot be tolerated is exposing innocent people to violence, terror and extremism."

Hezbollah becomes publicly visible in Germany every year on Al-Quds Day, which takes place at the end of Ramadan, the month of fasting. This year, around 1,200 people participated in Berlin on June 1. Hezbollah is considered to be an organizer of this anti-Israel rally, which was initiated in 1979 by the Iranian revolutionary leader, Ayatollah Khomeini.

There used to be a lot of waving of the yellow and green Hezbollah flag on that day — in Berlin, as well. However, in recent years the administrative authority in Berlin has banned it. If US Ambassador Grenell has his way, the organization behind the flag will soon be banned as well.

The Australian government said the militant group poses a "real" and "credible" threat to country. The group is already banned in the US, Israel, and Germany.

As Lebanon grapples with an economic crisis, President Michel Aoun hinted at friction with his ally Hezbollah for blocking Cabinet meetings since October.

The three groups have been banned for allegedly collecting money for the families of Hezbollah fighters. The Lebanese militants have been active opponents of Israel.