US offers $10 million for information on Hezbollah financing

Anyone who can offer information that would help the US disrupt Hezbollah's finances could get a $10 million reward. The US wants information on donors, as well as businesses controlled by the Shiite militant movement. 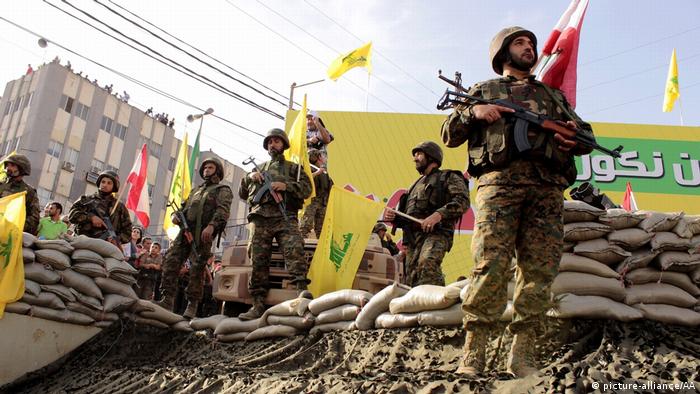 The United States on Monday offered a reward of up to $10 million (€8.9 million) for information that would allow the US to disrupt the finances of Lebanon's Shiite militant movement Hezbollah.

The State Department said it would give money to anyone who could provide intelligence that allows the United States to disrupt Hezbollah in key ways, including information on Hezbollah's donors, on financial institutions that assist its transactions and on businesses controlled by the movement.

Read more: Lebanon's missing: Will there ever be closure?

The State Department listed three alleged Hezbollah financiers as examples of the activities they are hoping to stop.

Adham Tabaja is allegedly a Hezbollah member who has direct ties to senior Hezbollah organizational elements, including the terrorist group's operational component, Islamic Jihad. Tabaja also holds properties in Lebanon on behalf of the group.

US sees donations plea as success

Secretary of State Mike Pompeo has pointed to a recent appeal by Hezbollah for donations as a sign that the US has been successful in curbing Iran.

On a visit last month to Beirut, Pompeo urged Lebanon to counter the "dark ambitions" of Iran and Hezbollah.

This line was rebuffed by Foreign Minister Gebran Bassil who said Hezbollah was not a terrorist group and enjoyed a wide base.

The US has vowed for decades to fight Shiite militants in Lebanon, with a 1983 attack on a military barracks in Beirut that killed 241 Americans still remembered.

But Hezbollah also functions as a political party, with posts in the current cabinet, and enjoys support among some Lebanese who remember its guerrilla campaign that led Israel to withdraw from the country in 2000.

Since the Rewards for Justice program began in 1984 it has paid more than $150 million to more than 100 people who have provided information about terrorists or prevented terrorism attacks.

The Druze: The Middle East's most persecuted people?

The Druze are one of the largest minority groups in the Middle East. Spread across several countries, they now find their very existence under threat from war in Syria and what they see as discrimination in Israel. (06.08.2018)