Why did an Identitarian German NGO visit a Syrian refugee camp in Lebanon? Are they really about charity or are they putting the desperate in a predicament? Anchal Vohra met some of those refugees to find out. 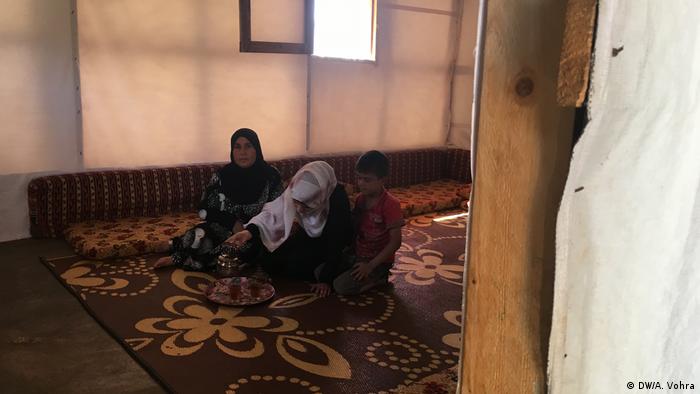 Muazzaz Ali and her daughter Lama Farzad are sitting under the shadow of a cross. The light falling through the window silhouettes the crossed struts of the wooden frame on the tent's white canvas.

The women are Syrian refugees and war widows from Homs. They're sitting on the floor of the tent with hands clasped together, eyes cast down. It almost looks as if they are praying to the cross but they are not. They are Muslim by faith, a simple fact of life for them — but for the Germans paying the rent for this tent, an entirely different matter.

In May this year, two German nationals came to the refugee camp in Lebanon's Bekaa Valley. They wore T-Shirts labeled Hilfe Vor Ort (Aid on the Spot) and said they were charity workers.

"They just talked to us about the war," says Muazzaz, completely unaware of their identity. "They filmed the tent," adds Lama. 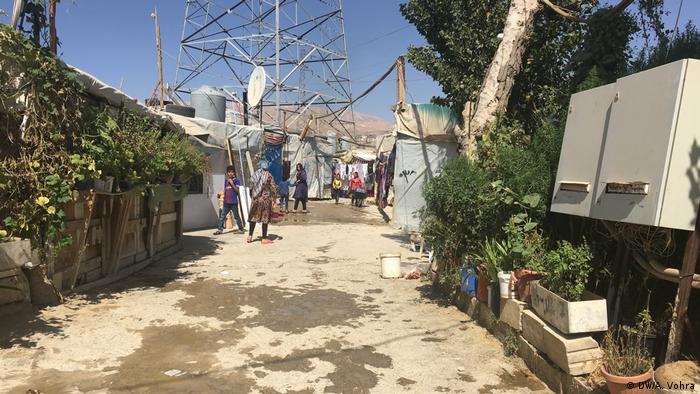 A charity by name only?

The two Germans belong to a group called Alternative Help Association (AHA), which ostensibly wants to help war-afflicted people on the ground, as many charities do. Their real aim, however, is somewhat different: to stop their "flight" to Europe.

The two men, Nils Altmieks and Sven Engeser, visited the camp as AHA caseworkers, but they are also members of the alt-right or Identitarian Movement that is popping up across Europe. The movement claims to be patriotic and denies far-right affiliations, yet it preaches Islamophobia, and is explicit about stopping Muslims from entering the EU. They follow a concept called "ethno-pluralism," which advocates for regions to be divided based on ethnicities.

The website of the Identitarian Movement claims that Europe is going through a demographic crisis, as the birth rate of native-born Europeans dwindles while there is "simultaneous growth of Islamic parallel societies and their mass immigration."

DW asked Engeser to clarify their classification of Europe as a "Christian continent" and how the influx of refugees challenges their — as he suggests — "Christian identity."

"Most migrants coming to Europe have a Muslim background and thus contribute to the Islamization of the continent. In some major European cities we are already in the minority as Europeans. We want to protect our ethnic and cultural identity," he told DW.

When DW visited the same camp and families that AHA had met, they said they hadn't been informed about the true intentions of the men, who seemed to be acting simply as good Samaritans.

"No, they didn't tell us they were helping us to stop Syrian refugees or Muslims from going to Europe," Lama told DW.

Muazzaz seemed offended. "Syrians have moved out because there is a war in their country. No one likes to be in exile," she told DW.

When asked about the women's claims, Engeser said: "I do not know what family you talked to. Only a few weeks ago we visited the families and talked about our goals." 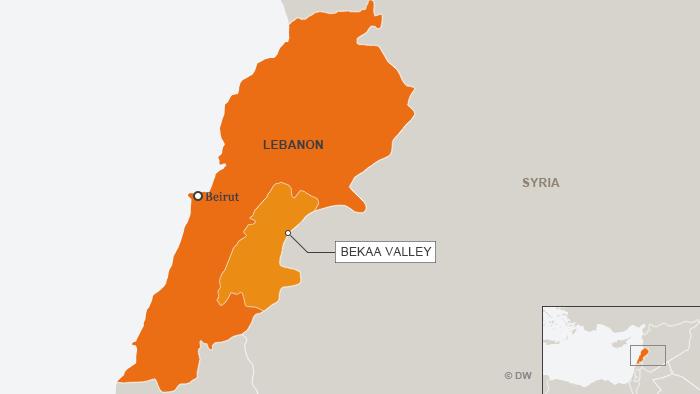 AHA is helping 10 families in Lebanon with a sum of $100 (€87) each over a period of three months. It is charity, but far from what is needed to help the million-plus refugees in Lebanon or to dissuade them from making the arduous journey to Europe.

This makes other aid organizations suspicious as to whether AHA really intends to help at all. Medico international, a German aid organisation active in Lebanon and working with local partners to help the Syrian refugees, is among them.

Their Syria and Lebanon coordinator, Till Küstner, said that AHA's basic idea was to impact the political debate within Germany and move it further to the right. "They are trying to represent themselves as a group becoming active in Lebanon directly and link these 'projects' with their political struggle against foreigners, and the current migration politics in Germany, as well as against the German democratic system itself." 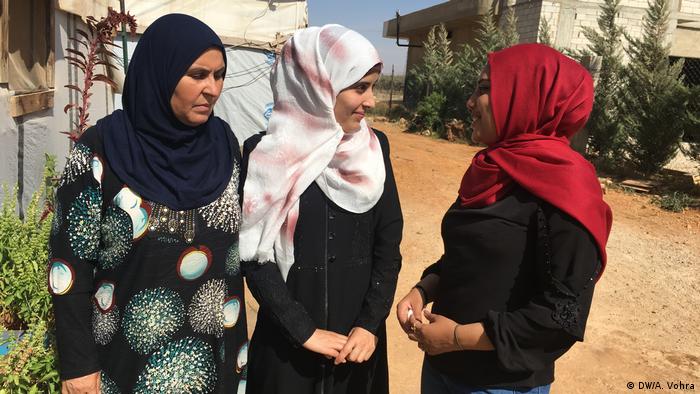 Nadia Rdeini is a local activist in the Bekaa Valley helping AHA to choose which Syrian families should benefit from the funds. She said that AHA has certainly not succeeded in stopping anyone from traveling to Europe because none of the subsidized families ever expressed such a wish. "If they get a chance, they may change their mind, but that's not the same thing," she said.

She's worried and contemptuous of their politics. "Will I go to the camps and ask, 'Who wants to go to Europe?' Take $100 and don't go. How stupid is AHA?" she told DW. She says that she usually helps those most in need of money "like the widows."

Is the alt-right belittling Syrians?

It's hard to gauge how Muazzaz and Lama feel when they talk to each other about the AHA's true role. They seem upset at not being told the whole truth about the identity of the people whom they welcomed in their tiny and temporary home.

Sadly though, the Syrians have to swallow their pride. While $100 may not be a lot of money in Germany, it goes a long way for them. Muazzaz has spinal problems and cannot work. Lama works at a farm sorting through vegetables and packing them during harvest season. She earns $7 for a 12-hour shift — their only earned income.

"We find it hard to afford bread, oil and salt," says Muazzaz.

They're desperate for help and in no position to say no to AHA's funds.

Lama tries to explain the predicament. "I know a lot of Syrians are in Germany, and maybe that is why they don't want us," she said. "But it's a very tough war in Syria, and they must help if they can. My mother and I though — what will we do in Europe? It has nothing to offer us."