Heela Najibullah: 'The US treated Afghanistan as a project'

In an interview with DW, the daughter of former Afghan president and socialist leader Mohammad Najibullah criticized the US approach toward peace in Afghanistan, saying the welfare of Afghans is not America's priority. 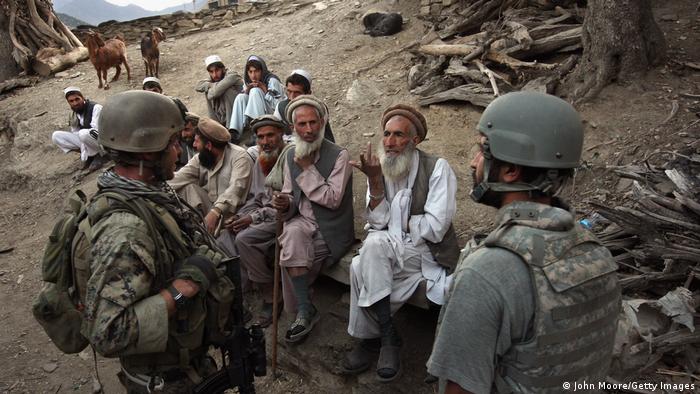 The security situation in Afghanistan is rapidly deteriorating amid the withdrawal of NATO troops from the country. The Afghan Taliban have intensified their attacks on government forces and have captured vast swathes of territory in the past few months.

A political settlement in Afghanistan seems unlikely at this point, with both the Taliban and President Ashraf Ghani's government blaming each other for the turmoil.

Heela Najibullah, the daughter of former Afghan President Mohammad Najibullah, spoke to DW about the current situation in Afghanistan in an interview with DW.

Mohammad Najibullah served as the leader of Afghanistan from 1986 to 1992, after which the Mujahideen took over Kabul. The former socialist president lived in the United Nations headquarters in Kabul until the Taliban captured the capital and killed him in the UN compound in September 1996. 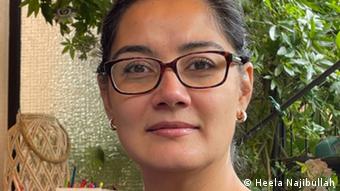 ​​​​Heela Najibullah: 'Afghanistan should be able to choose its own allies'

Heela Najibullah was only 10 years old when her father became Afghanistan's president. She left the country in 1991 and is currently based in Zurich, Switzerland, where she is now a researcher and an expert on security and conflict resolution.

DW: The security situation is rapidly deteriorating in Afghanistan. How are you looking at it?

Heela Najibullah: Afghanistan is a country at war, squeezed between different geopolitical interests. Since the start of the so-called peace talks between the US and the Taliban, and the Doha agreement, the violence, abuse of human rights, targeted killings of journalists, artists and political activists have increased. If the UN Security Council fails to reach a consensus on the political situation in Afghanistan, the future of the country and the region will be bleak, and the bloodshed will continue.

Why is the peace process not yielding results?

I believe the US-Taliban negotiations achieved its objective when the Doha agreement was signed last year. The aim of the deal was to ensure the exit of US troops from Afghanistan. The US approach was not inclusive; the US, which was a party to the conflict, sealed the agreement without considering the Afghan government's perspective.

Also, Washington did not care about the civil society perspective, women's rights, and demands of the Afghan war victims. Neither the negotiations process was transparent, nor was its outcome. All this made Afghans suspicious about the peace process.

We can conclude that the main purpose of the negotiations was the US withdrawal, not peace.

Whenever there is a regime collapse in Afghanistan, it has external links.

What are the main reasons behind the decades-long turmoil in Afghanistan?

During the Cold War, and later in the war against terror, big powers supported extremist groups and used religion as tool for geopolitical gains.

The Taliban were not allowed to participate as a party to the conflict in the 2001 Bonn conference. Instead, the West decided to invite the Mujahideen, whom it had supported during the Cold War. Afghanistan's leftist groups were also excluded from the conference.

In the Doha negotiations, US officials met with the Taliban and negotiated with them directly, without taking the Afghan government or the Afghan civil society representatives into confidence.

Lastly, Pakistan's continued double game has been a key factor behind the decades of turmoil in Afghanistan.

How can the Taliban be defeated if Islamabad continues to support them?

For the past two decades, Pakistan has harbored al-Qaida and Taliban members, but the US did not change its position toward Pakistan. It did not address the root cause of the war on terror. 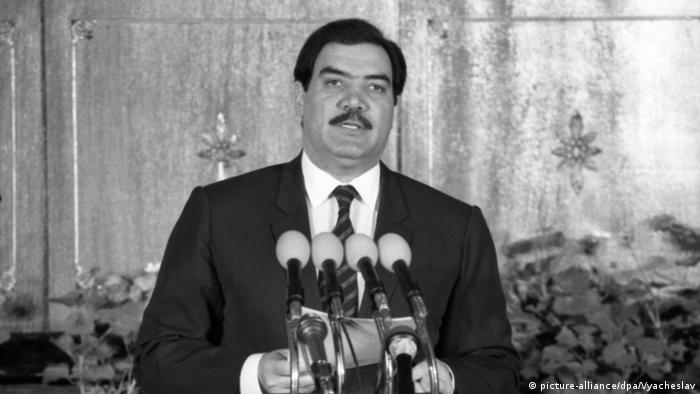 During Mohammad Najibullah's tenure as leader, the Soviets began their withdrawal from Afghanistan

Has the war on terror ended? If it has ended, then why are the Taliban still on the UN terrorist list? Why is Pakistan still hosting the Taliban and sending their leaders to negotiations with the US, Russia or China?

The Afghan political situation is also linked to current global affairs and changing alliances. China, the EU, India, Iran, Pakistan, Saudi Arabia, Russia and Turkey have their own interests in Afghanistan. The international community must realize that four of these countries are armed with nuclear weapons. The instability in Afghanistan is a threat to world peace.

Do you think that Afghan communism, which your father advocated, could have resolved the current crisis?

The US and its allies have treated Afghanistan and its people as a project. Peace in Afghanistan was not a project for my father but rather a vision for his nation. He wanted peace, prosperity, and development for his country to ensure that extremism is not a threat to Afghanistan and the world. His government's National Reconciliation policy was comprehensive and inclusive.

My father had proposed an international conference on Afghanistan so that regional and global stakeholders could work together and put aside their differences. He wanted Afghanistan to be a neutral country that can live in peace with its neighbors.

But he was backed by the former Soviet Union. Can Afghans now expect a better future without a global power backing them?

Afghanistan needs to exist in the world as a sovereign nation, which can choose its own allies. It won't need the backing of a big power after it becomes a neutral entity, when its status is internationally recognized and respected by the UN Security Council and its members.

Heela Najibullah is an author and researcher, representing the Kroc Institute for International Peace Studies.

The interview was conducted by Karlos Zurutuza.

Young women in Afghanistan worry for their future