An airport official says flights have been canceled as a result of the three overnight rocket strikes. 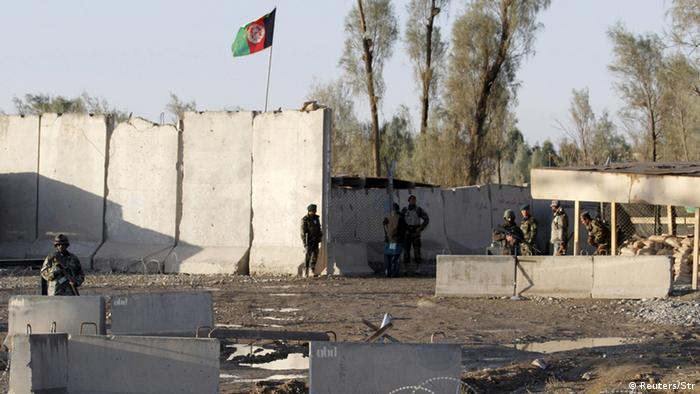 Reuters news agency cited the Taliban as saying it was responsible for the attack with the aim of stopping enemy airstrikes.

A Taliban spokesperson told the news agency that the airport was being used as a "center" to target the group.

A portion of the runway was damaged, forcing officials to suspend all flights. Services will likely resume later on Sunday.

There were no immediate reports of casualties.

What is the relevance of Kandahar?

Kandahar airport is also home to an Afghan Air Force base, which is vital for providing the logistics and air support needed to keep militants from overrunning Afghanistan's second-biggest city.

Though militants have made rapid territorial advancements in rural areas, the group has not made gains in major cities.

After the US troop withdrawal, what next for Afghanistan?

But it is fast encroaching on key centers. It picked up fighting in two other provincial capitals in recent weeks, raising fears about how long government forces can hold out.

On Friday, militants briefly attacked a UN compound in the western city of Herat, killing one guard and injuring others. The attack was widely condemned by countries from around the world.

Why did they attack now?

The attacks come at a time the group has made advances in the nearby city of Lashkar Gah in Helmand province.

The head of the provincial council said he requested the deployment of special forces in the city of 200,000 residents.

One resident told a news agency AFP that he saw no end in the fighting. "Neither the Taliban will have mercy on us, nor will the government stop bombing."

Herat, an economically important city in the west, has also seen continued fighting on the city's outskirts.

The provincial governor said 100 militants had been killed, according to AFP.

Both government forces and the Sunni Pashtun group exaggerate claims of those killed in battle.