Has Angela Merkel lived up to her ′climate chancellor′ aspirations? | Germany | News and in-depth reporting from Berlin and beyond | DW | 23.07.2021

Has Angela Merkel lived up to her 'climate chancellor' aspirations?

As Angela Merkel prepares to leave office, she leaves behind a mixed legacy in terms of climate policy. 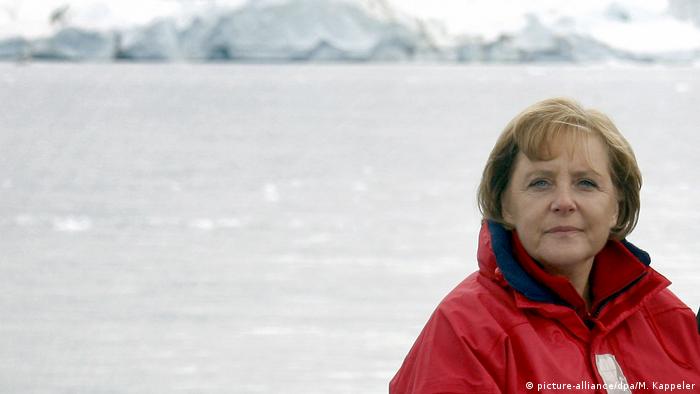 The death toll from catastrophic flooding in parts of western Europe last week has now surpassed 200. Here in Germany, images of coursing water, devastated houses and rescue operations have dominated the news as experts warn that extreme weather events such as this one will only happen more frequently with climate change.

With just under two months to go before the federal elections, attention to the issue of climate policy has been cranked up another notch.

Chancellor Angela Merkel's visit this week to the town of Bad Münstereifel, one of the hardest hit by the floods, echoed an older image of her at the site of a different type of climate disaster. Back in 2007, Merkel posed aboard a boat in Greenland, the scarlet of her jacket bright against a melting wall of glittering glacier.

The famous photo helped seal her reputation as "the climate chancellor." She had already urged real action on the climate crisis during her time as environment minister, when she wrote a book on the subject called "The Price of Survival." 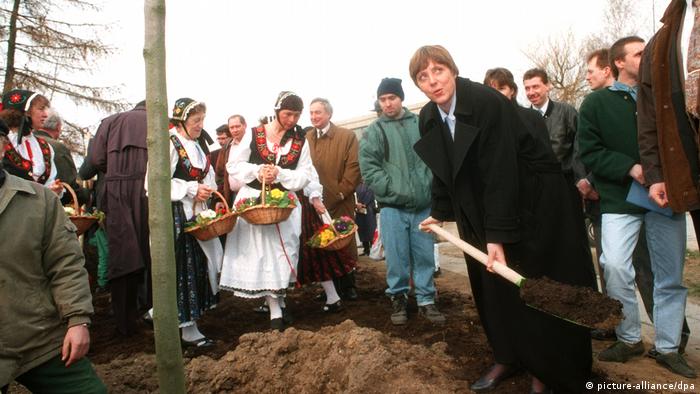 Since she was first elected to Germany's highest office in 2005, Merkel has overseen the signing of landmark environmental policies like the 2015 Paris Agreement. She has also shaped legislation to take her country out of nuclear and coal, policies which have never previously been part of the manifesto for her party, the center-right Christian Democratic Union (CDU).

But have her policies actually been successful — and has she lived up to her nickname?

Climate crisis on the global agenda

A physicist by training, Merkel was outspoken on climate change far earlier than most global leaders and has repeatedly insisted on the need for scientific findings to guide the political debate.

Early in her chancellorship, during the same year as the glacier visit, Germany enjoyed a double whammy of presidencies: that of the Council of the European Union and that of the G8. Merkel was credited with making the climate crisis a major focus of both and with ensuring important steps were taken towards establishing international goals for reducing emissions.

Indeed, raising awareness of the issue on the international stage "is the greatest achievement in terms of climate policy that we can attribute to Merkel," says Tobias Austrup, climate expert for Greenpeace in Germany.

However, international impetus stalled as the 2008 global financial crisis struck, with key players such as the US and China losing enthusiasm for climate goals in favor of prioritizing economic growth. But Angela Merkel "worked a lot behind the scenes to get the Paris Agreement signed," says Dr Daniela Jacob, a climate scientist who was one of the leading authors of the report that became the basis of the 2015 climate accord.

Progress during Germany's most recent presidency of the Council of the EU last year saw negotiations progress towards the European Green Deal. In December, member states signed on the dotted line and pledged to reduce emissions by at least 55% from 1990 levels. 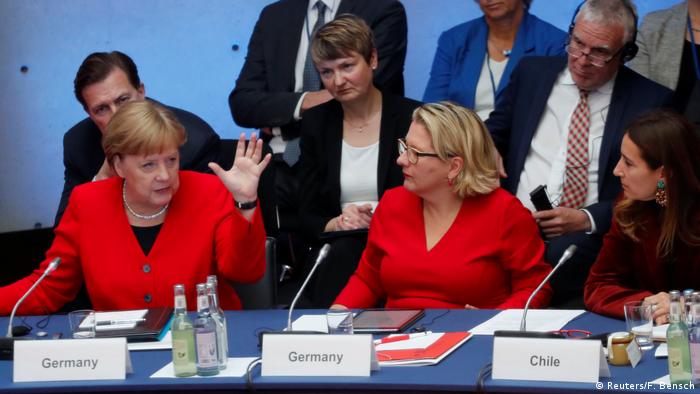 Angela Merkel has worked on many international negotiations on climate protection measures.

Despite the plethora of international signatures on deals like the Paris Agreement, they have yet to translate into real progress. "The world, Europe, Germany — none of them are on track to keep global warming below 1.5 C," says Tobias Austrup.

"I think on the international and European levels, she managed more than in her own country," says Dr. Jacob.

While Germany did manage to meet its 2020 target emissions targets for emissions reduction, this was due solely to the slowdown in industry and transport that resulted from the COVID-19 pandemic, says Austrup. "There is no way at all that we would have hit the target otherwise."

Meanwhile, the German Parliament passed legislation last year to phase out coal by 2038, which, for Tobias Austrup, is a belated and inadequate step: "The countries around us are all leaving coal faster than we are." And Daniela Jacob points out, "Building renewable energy capacity has been far too sluggish."

The slow progress on coal contrasts with the snap decision to quit nuclear power following the Fukushima disaster in 2011. Although Merkel had previously asserted that it would be "absurd to shut down technologically safe nuclear power plants that don't emit CO2," an abrupt U-turn came just days after the tsunami that caused the Fukushima Daiichi nuclear plant in Japan to experience three meltdowns and release radioactive substances into the environment.

This was a huge change. Up to that point, quitting nuclear had been a flagship policy of the Green Party — which rose in the polls following Fukushima —but was new territory for Merkel's CDU. Germany is now set to phase out nuclear completely by next year.

Critics have also lamented her record on transport. "Nothing has improved in this area in the past 16 years" says Austrup, with Germany's automobile industry being something of an Achilles heel for Merkel's CDU, which has close ties to one of the country's main economic pillars. 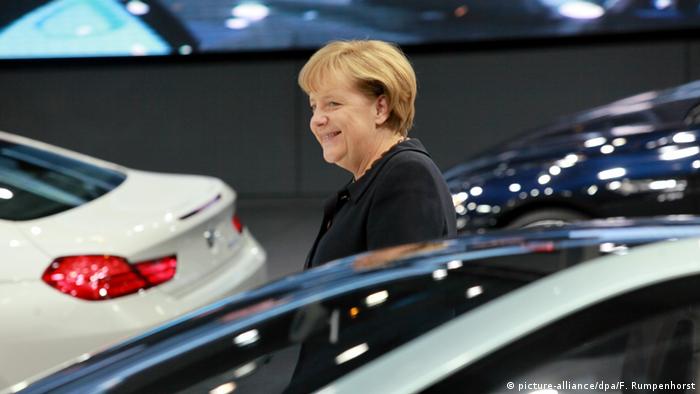 The German car industry has benefitted from Merkel's protection in Brussels

Merkel should have provided incentives for building electric, low-CO2, or hydrogen-powered cars much earlier, says Daniela Jacob, who wants Germany to move away from the car as a status symbol for the economy.

But how much of all this is really down to Merkel — and how much to her party? The "economic wing" of her party has frequently tried to water down climate legislation in favor of short-term economic gains, say Austrup and Jacob. "Perhaps she should have got rid of those around her who kept blocking measures," says Jacob.

One of the last aspects of climate policy that Merkel is to oversee is Germany's Climate Action Law, which was designed to make carbon neutrality by 2050 legally binding for Germany. Initially coming into force in 2019, it was deemed too slow by the German Constitutional Court, and Germany must now instead achieve carbon neutrality by 2045.

Overall, Jacob says that Merkel has herself admitted that what she has achieved isn't enough. "I believe that she wanted to do much more than she was actually able to," says Jacob.

The climate scientist also points out that Merkel "laid a lot of important foundations for climate protection, but the bottom line is that she did not fulfill those aspirations."