The country has seen its biggest fall in emissions for decades but it isn't just effective climate policy that is driving the change. 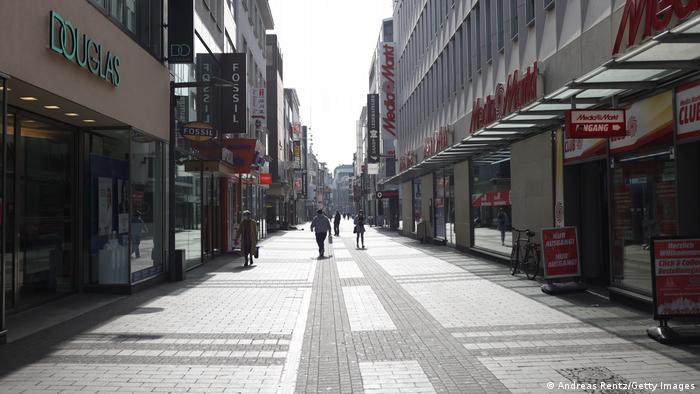 Germany slightly exceeded its national climate goal for 2020, the federal environment agency, known as the UBA, announced on Tuesday.

It was the largest reduction in emissions that the country — Europe's largest economy — has seen in three decades, Environment Minister Svenja Schulze said.

Germany's greenhouse gas output has now fallen by a total of 40.8% since the 1990 levels, the baseline measurement for EU national emission reductions.

This meant Germany just beat the 40% goal set for the country for 2020.

About one-third of the emissions reductions could be attributed to "the coronavirus effect," according to the UBA.

Grounded flights, shuttered shops and working from home during the pandemic contributed to the falls in emissions in transport and in the energy sectors.

The only sector to miss its 2020 targets was building emissions.

Schulze said people had spent more time at home with the heating on during the pandemic.

Other factors behind Germany's falling emissions

The sweeping policy package aims for an ambitious 55% reduction from the 1990 levels in Germany's greenhouse gas emissions by 2030.

It includes a range of policies, including incentivizing renewable energies, expanding electric car infrastructure and carbon trading. From January 1, 2021, the government began charging €25 ($30) per tonne of carbon dioxide emissions released by the transport and heating sectors.

Despite the positive statistics, both the UBA and the environment minister stressed that Germany had more work to do in reducing emissions.

Will the pandemic bring us closer to the climate target?

"We can see that climate policy instruments are beginning to take effect, in particular the expansion of renewable energies and CO2 pricing. But, without the lockdowns placing restrictions on production and mobility, Germany would have missed its climate target for 2020," the UBA's Dirk Messner said.