European Commission President Ursula von der Leyen has said the EU will cut carbon emissions to 55% of 1990 levels within a decade. 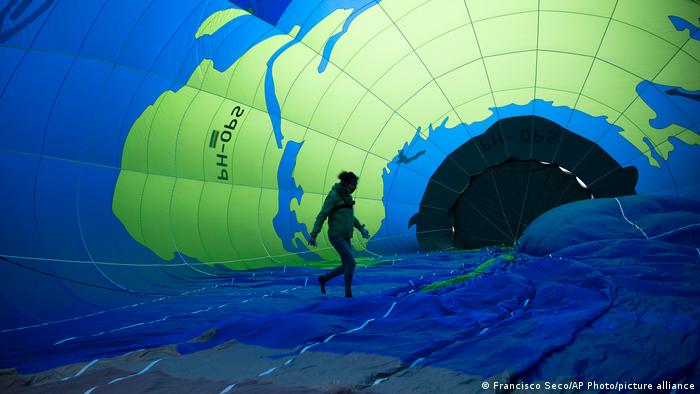 EU leaders agreed on Friday to set an ambitious target to cut greenhouse gas emissions by 55% compared to 1990 levels by 2030.

The deal came after more than 10 hours of negotiations late Thursday into Friday morning. The increase from an earlier reduction target of 40% was proposed by the European Commission in September, but was met with resistance in some EU states.

EU greenhouse gas emissions dropped by 24% between 1990 and 2019, according to the Commission. The economy, meanwhile, grew around 60% during the same period.

The new plan will require major overhauls of the energy and transport sectors as well as a huge push to renovate and retrofit buildings to make them energy-efficient and able to charge electric vehicles.

Massive investments will be needed to help those countries with a higher reliance on fossil fuel to manage the transition, EU officials have said.

Announcing the plan, European Commission President Ursula von der Leyen. She said it "puts us on a clear path towards climate neutrality in 2050."

"Great way to celebrate the first anniversary of our #EUGreenDeal!" she tweeted.

German Chancellor Angela Merkel said the deal was a "very, very important result." She added, "It was worth staying up all night for that."

In a separate statement, German Environment Minister Svenja Schulze said the Berlin government had "worked hard over the past few months" to try to seal the deal.

Poland, backed by other coal-dependent central European countries, had been holding out for guarantees on funding to pay for a clean energy transition. Those states said it was unfair that all member states should commit to the same goal without considering their respective energy dependencies.

To win their approval, member states agreed that the new target should be delivered collectively.

The European Parliament, which itself is pushing for a slightly higher target, still has to approve the Commission's new emissions goal.

Both targets, however, are lower than those proposed by the UK, which is set to leave the EU's single market and customs union at the end of the month and has vowed that environmental standards will not suffer as a result.

British Prime Minister Boris Johnson announced last week that he wants the UK to cut greenhouse gas emissions by at least 68% from 1990 levels by 2030.

World leaders agreed five years ago in Paris to keep the global warming increase to below 2 degrees Celsius (3.6 degrees Fahrenheit) by the end of the century. Under the Paris climate agreement, countries are required to submit updated climate targets by the end of this year.

A previous version of this article misspelled the name of German Environment Minister Svenja Schulze. We apologize for the error.

Global carbon emissions down by record 7% in 2020