Has the Paris climate agreement lived up to the hype? | Environment | All topics from climate change to conservation | DW | 11.12.2020 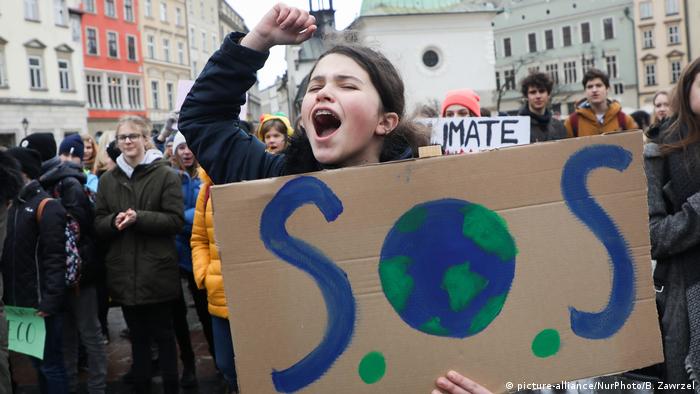 Getting 195 countries to agree on a common plan to tackle climate change was no easy task.

Negotiations at the UN climate conference in late 2015 went into overtime, at times threatening to break down as competing interests wrangled for influence. The final agreement, reached on December 12, was hailed as a major step forward in the world's efforts to limit global warming to well below 2 degrees Celsius (3.6 Fahrenheit).

"It was truly a transformative, joyful moment. People were literally weeping with joy in the hallways, people from around the world embracing," said Rachel Cleetus, policy director for climate and energy at the US-based advocacy group Union of Concerned Scientists, who was in Paris at the time. "It was such a moment of recognition that countries can indeed rise above their narrow self-interest and work for the global common good."

Five years later, the 2020 climate conference in Glasgow was expected to advance the ambitions of the Paris accord, help countries adopt net-zero emissions strategies and develop initiatives to mitigate the effects of climate disruption. It was to be "a pivotal year for how we address climate change," said UN Secretary-General Antonio Guterres in March.

But the global COVID-19 pandemic put all that on hold. The conference in Glasgow was canceled, replaced by a scaled-down virtual affair on December 12. Priorities have shifted, as nations struggle to set their economies back on an even keel. And greenhouse gas emissions continue to climb, even despite a slight dip during the coronavirus slowdown earlier this year.

What's happened since the Paris Agreement?

"Back in 2015 there was a lot of hope that this would be a real turning point, but we have certainly fallen short of sharply bending that global emissions curve," said Cleetus. "And meanwhile, we're watching climate impacts unfold around us in terrifying ways."

The most recent Climate Change Performance Index, which assesses the climate protection performance of the 57 countries responsible for 90% of the world's CO2 emissions, along with the EU, found that no country is doing enough to keep dangerous global warming in check. And according to the Emissions Gap Report released this week by the UN Environment Program, the world is still on track to see global average temperatures rise above 3 degrees Celsius by 2100.

"Clearly, we have not lived up to the promise of Paris," said Cleetus. "That is not a fault of the agreement itself, which remains a very, very powerful framework and lights the way to where we need to go. But what's been missing is action."

Climate change a 'priority on the global agenda'

Despite the inaction, some experts believe the world may be close to turning the corner. Recent pledges by the world's major carbon emitters have put the Paris goal of limiting warming to 1.5 Celsius "within striking distance," according to the latest assessment by the Climate Action Tracker (CAT), an independent scientific analysis by two German research organisations.

"It is clear the Paris Agreement is driving climate action," CAT said in a statement earlier this week, pointing out that the transition to a zero-emissions society was underway. It warned, however, that stronger 2030 targets were still needed — in addition to detailed plans to make sure those targets are actually fulfilled.

EU leaders meeting in Brussels this week made a move in that direction, with the 27 member states agreeing to a binding target to cut emissions by at least 55% by 2030 after months of tough negotiations.

"We are at a point where climate change is now firmly registered as a top tier priority on the global agenda," said Cleetus. "It is now seen as an economic threat, in addition to being a threat to the planet and ecosystems." She said the Paris Agreement was the first time the climate conversation had been framed by the transition to a net-zero economy, something that has influenced political and business commitments over the last five years.

More than 110 countries have now pledged to transition to a carbon neutral economy by mid-century, including major emitters like the European Union, Japan, South Korea and the United Kingdom. China, the world's top polluter, has pledged to hit the mark by 2060, while the United States — under the incoming Biden administration — is set to rejoin the Paris Agreement, and plans to make the net-zero shift by 2050.

"These are hugely significant announcements in the geopolitical context and the climate context, and I think they can be attributed in part, and quite centrally, to the architecture of the Paris agreement," said Damon Jones, head of climate diplomacy at the non-profit Climate Analytics policy institute in Cologne. By that, he was referring to the agreement's five-year review cycle, which requires countries to constantly improve their emission reduction targets and make new pledges.

But both Cleetus and Jones stressed that the international community still has a long way to go in supporting mitigation and adaptation efforts in those parts of the world struggling with the devastating effects of climate change.

"The reality is that these impacts are getting worse by the day, and the United States and other rich countries have refused to acknowledge the loss and damage that they are inflicting on the rest of the world," said Cleetus. "This remains one of the biggest pieces of injustice in the global negotiations that has not been appropriately dealt with yet."

In late 2019, ahead of the UN climate conference in Madrid, more than 150 non-governmental organizations signed an open letter calling for more support for survivors of climate disasters in the Global South. The situation has only worsened in the past year with the COVID-19 pandemic.

"Climate finance is always a tricky sticking point," said Jones, a climate lawyer who advised the Caribbean island nation of St. Lucia during the Paris negotiations. He said progress has been made, including $9.7 billion (€ 7.9 billion) pledged in late 2019 for the Green Climate Fund, which was set up by the UN in 2010 to help developing countries reduce their emissions and better respond to the effects of climate change.

But, added Jones, "it's certainly not at the scale of the pace that's needed or expected from many of the countries in the process."

Countries and communities struggling with climate adaptation have seen their calls amplified by international advocacy groups like Extinction Rebellion and Fridays for Future (FFF). Led by a generation of politically engaged youth who will bear the brunt of climate change — including Swedish activist Greta Thunberg, who founded the youth climate strike movement at the age of 15 in 2018 — these groups have capitalized on the urgent climate message of the Paris accord.

"The Paris Agreement was actually one of the first times we saw that global climate movement really flex its power," said Cleetus, crediting the grassroots movement led by small island nations and other interest groups for the inclusion of the 1.5-degree target in the accord.

The German branch of Fridays for Future, which marked its second anniversary this week, has been part of that burgeoning campaign. Lina Gobbelé, an 18-year-old spokesperson for the group based in the western German city of Aachen, told DW that over the last five years "the climate movement has really begun to take hold in society, especially in 2019."

That was the year Thunberg's climate crusade spread around the world, picking up support from other like-minded groups along the way. It all culminated in a global week of climate action in September 2019 that saw an estimated 6 million people in more than 150 countries demand action to address climate change, tackle social inequality and build a fairer global economy. "On September 20, there was just an incredible number of people with us on the streets," remembered Gobbelé.

Despite the setbacks of political inaction and the ongoing pandemic, Cleetus said campaigners need to remember the major achievement of the 2015 agreement. "We've got to remember that moment, just remember what it took to do that. And we are in one of those moments right now as we try to overcome this COVID-19 pandemic," she said, adding that the recovery is the perfect opportunity to make the switch to a low-carbon future.

"What we need to see in the lead-up to COP26 in Glasgow next year is a coalition of major emitting nations, including the US, the EU, China and others, willing to put very ambitious commitments on the table in terms of emission reductions, and willing to implement the policies back home. It's just that simple."