What would happen if young people ran the COP26 international climate talks? | Environment | All topics from climate change to conservation | DW | 19.11.2020 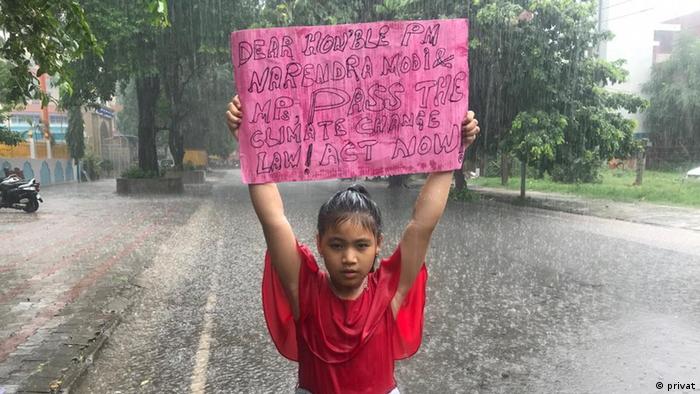 At just 9 years old, Licypriya Kangujam is used to being told she is too young to be involved in climate activism. But she disagrees: "Age doesn't matter if you want to make a difference."

And to prove her point, she gave one of the opening speeches at the Mock COP26 — a two-week youth-led online event organized in response to the yearlong postponement of the UN Climate Change Conference (COP26) because of the coronavirus pandemic.

The annual global climate conference, at which the landmark Paris Agreement was signed in 2015, was due to take place in the Scottish city of Glasgow this month. The organizers of COP26 promised it would "accelerate action towards the goals of the Paris Agreement and the UN Framework Convention on Climate Change" and was supposed to be first "global stocktake" as outlined in the 2015 accord.

For activists like Licypriya Kangujam, who prefers to be called Licy, a year is too long to wait for action. She has felt the impacts of global heating more than once, and has been fighting for greater climate and environmental protection in India and around the world since she was just six. 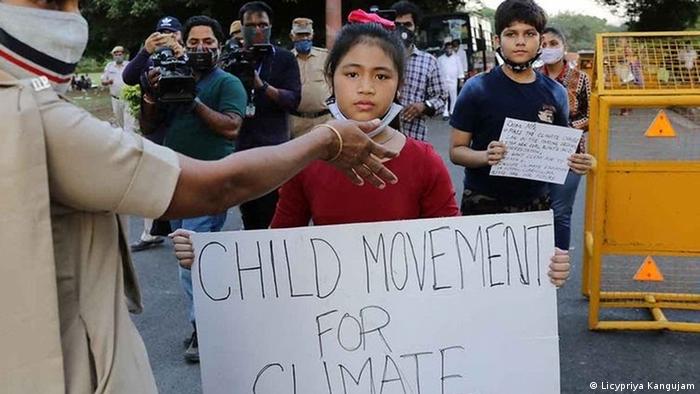 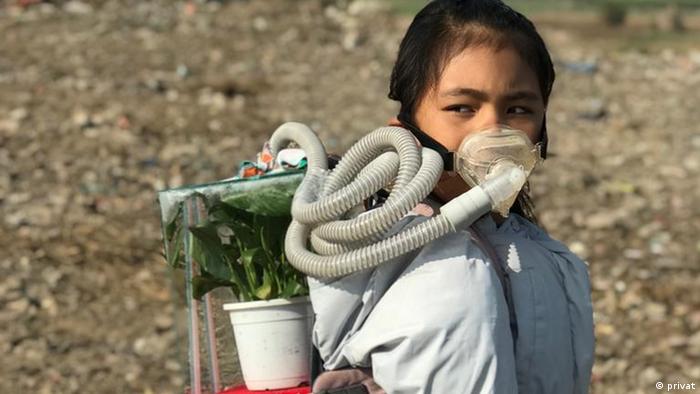 Born in 2011, Licy spent the first years of her life in the "lush green mountains" of Manipur in northeastern India. But in 2016, her family moved to New Delhi.

"My life got really messy there because of the high air pollution level," Licy said.

In Delhi, schools were frequently shut because of pollution levels. The Indian capital experiences some of the worst smog in the world. In November 2020, the city regularly recorded air toxicity levels 20 times the limit deemed safe by the World Health Organization.

Just months after relocating, and partly because of Delhi's poor air, Licy and her family moved again. This time, to the city of Bhubaneswar in the eastern state of Odisha. There, their home was hit by Cyclone Titli in 2018, and Cyclone Fani the following year — two of the most extreme weather events to strike eastern India in recent years.

Accompanied by her father, who was studying for a Master's degree in environmental studies at the time, Licy attended the 2018 United Nations Disaster Conference in Mongolia. She describes the event as a "life-changing moment."

After the trip, she launched what she named the "Child Movement," a digital and physical protest group that she and other young people used as a platform from which to "call on world leaders to take immediate climate action to save our planet and our future." 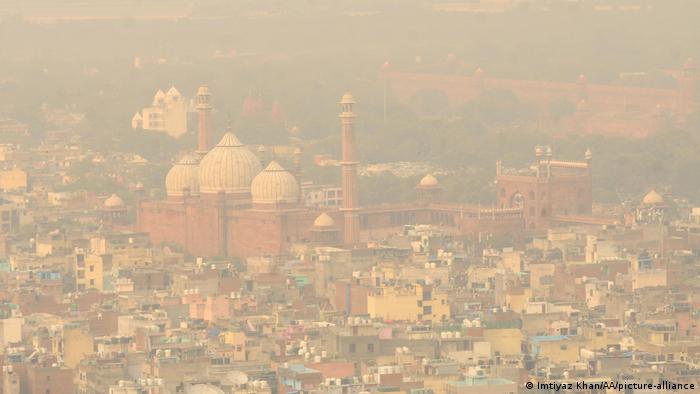 Delhi is renowned for its poor air quality 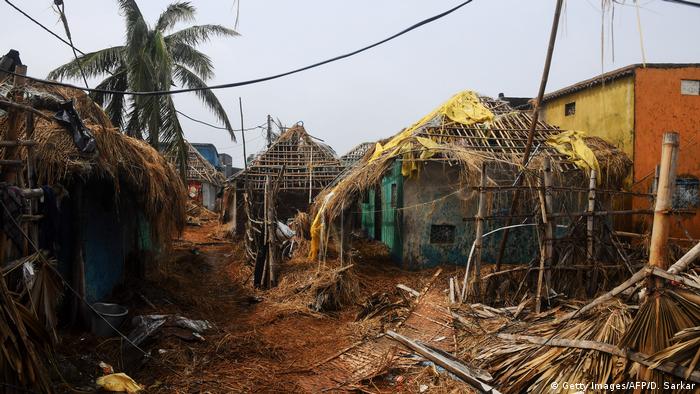 Since then, she has become one of the leading voices in youth climate activism in India and around the world.

Licy and her family moved back to Delhi in 2019 so she could organize weekly protests in front of the parliament in India's capital. The idea was inspired by Swedish teen climate activist Greta Thunberg's weekly school strikes, which started with her protesting alone in front of the Swedish parliament every Friday. Licy has since been called the "Indian Greta."

She is pushing for the Indian government to pass a law to ensure net-zero carbon emissions by 2030, to make climate education a compulsory part of the curriculum and to ensure 10 trees are planted for every schoolchild in the country.

So far, she says she has had modest success, helping to secure the planting of over 350,000 trees and the introduction of climate-education laws in several major states.

She is now looking to build on that success and sees Mock COP26 as an opportunity for just that.

During its two weeks, the online event, which has a deliberate focus on speakers and participants from the Global South, will welcome hundreds of delegates from 150 different countries.

The main goal of the digital conference is for delegates to draw up a joint statement, which will be developed into a legal treaty they hope will be discussed at COP26 proper in 2021 and adopted by governments.

Beatrice Ann Dolores, one of the Mock COP26 organizers, said the idea was "to create an event that would replicate COP26 to continue the climate conversation and show the world what would happen if youth ran the COP."

Dolores, who is from the Philippines, is a climate educator and advocate who regards young people as being of vital importance in tackling the climate crisis.

"We want world leaders to take young people and the climate emergency seriously and listen to the demands in our statement," she said. 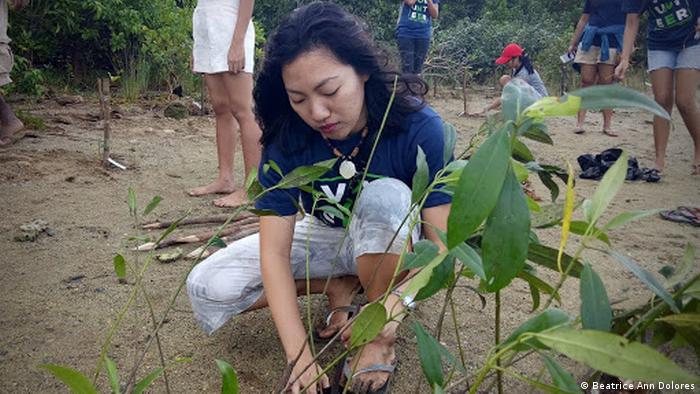 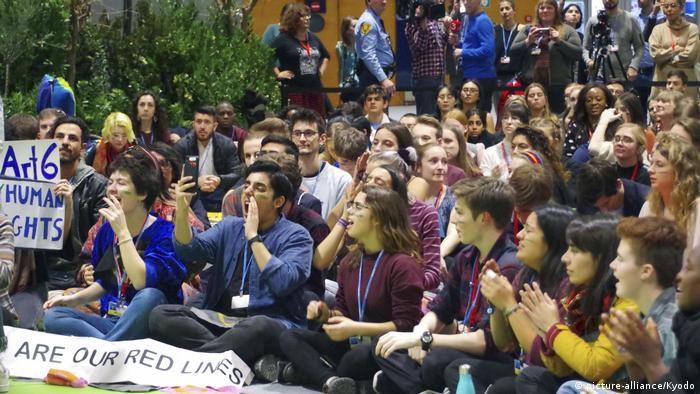 The event, which runs until December 1 and is financed largely by crowdfunding and financial backers from the private sector, bills itself as "inclusive and accessible," labels that critics say cannot be applied to the regular climate conferences. Those who are invited to the annual COP, disproportionately from wealthy Western countries, must fly in to attend.

Certain components, such as the discussions to shape the statement, are reserved for delegates. But anyone can tune in to take part in online workshops and watch talks by high-profile activists like Kenyan climate advocate Kevin Mtai and Sri Lankan UN Youth Envoy Jayathma Wickramanayake.

"Mock COP26 will send a strong message to our world leaders to take concrete action to save our planet and our future," Licy said. "Delay in their actions increases the threat to our future, and I'm very disappointed to see their silence on the global climate crisis."

Despite her condemnation of world leaders, Licy believes that cooperation is key to any solution to the climate crisis.

"This is not the time for blaming each other," she said. "This is the time to fight together to save our planet before it's too late."