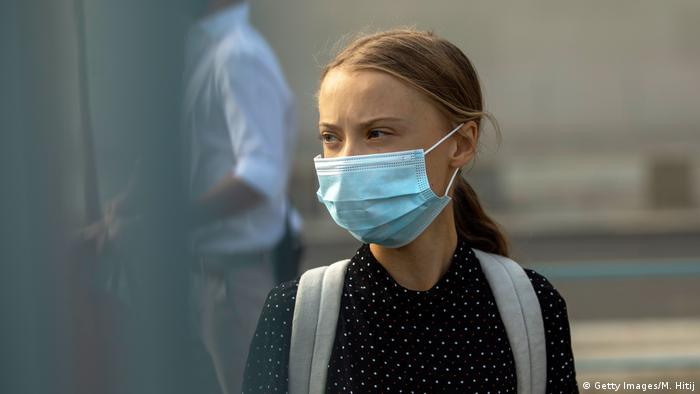 Swedish climate activist Greta Thunberg hit back at Donald Trump on Twitter late on Thursday saying the US president should "chill" about the election.

The 17-year-old's social media post is a thinly-veiled reference to his tweet last year that mocked the teenager over what he called her "anger management issues."

Commenting on Trump tweeting "STOP THE COUNT!" on Thursday, as the election race in the United States went to the wire, the environmental campaigner mimicked Trump's tweet: "So ridiculous. Donald must work on his Anger Management problem, then go to a good old fashioned movie with a friend! Chill Donald, Chill!"

Trump took to Twitter in December last year after Thunberg was named Time’s Person of the Year for 2019. He ridiculed the 17-year-old for her impassioned pleas to governments to act to stop global warming.

"So ridiculous. Greta must work on her Anger Management problem, then go to a good old fashioned movie with a friend! Chill Greta, Chill!" Trump wrote, commenting on a tweet from another person congratulating Thunberg on the Time prize.

Thunberg responded at the time by updating her Twitter biography to include: "A teenager working on her anger management problem. Currently chilling and watching a good old-fashioned movie with a friend."

This week has added poignancy for Thunberg due to the formal exit from the Paris climate agreement by the United States on Wednesday.

In October, Thunberg endorsed Trump’s election rival Joe Biden, who has pledged to return the US to the global pact on his first day in office.

With his re-election chances fading as more votes are counted in a handful of battleground states, U.S. President Donald Trump launched an extraordinary assault on the country’s democratic process from the White House on Thursday, claiming the election was being "stolen" from him without providing any evidence.

She has addressed world leaders and top economists, had an audience with the pope and been named Sweden's woman of the year. The teenager's role in driving a youth climate movement has made her a global icon.

The Global Registry of Fossil Fuels is the first large-scale public database to track what is yet to be burned. Its launch coincides with global climate talks set to take place at the UN General Assembly in New York.

David Malpass has come under fire from environmental groups after he declined to say if he believed in the scientific consensus that climate change is man-made.