Vanessa Nakate: ′Many people are not yet aware of the dangers of climate change′ | Environment | All topics from climate change to conservation | DW | 02.09.2020

Vanessa Nakate: 'Many people are not yet aware of the dangers of climate change'

As a prominent Fridays for Future activist, Vanessa Nakate tells DW how climate activism looks different in her native Uganda and why she's recently been tweeting in German. 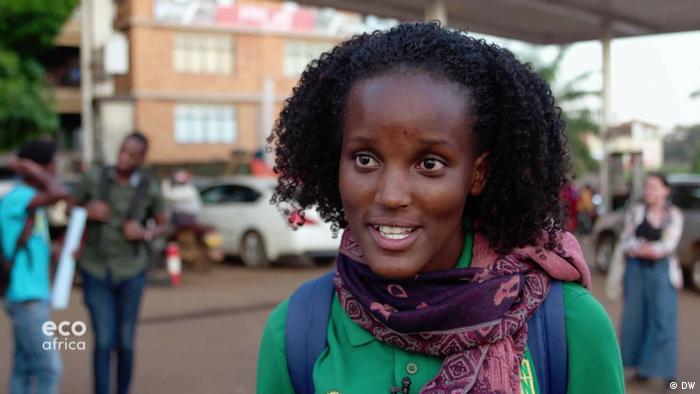 From Uganda and in her early 20s, Vanessa Nakate started protesting against climate inaction outside the Ugandan government gates in 2019. She's on a mission to raise awareness about the issue within Africa and internationally because she has seen the impacts of climate change already on her own community.

DW: When you started Fridays for Future activism in Uganda, you were very much alone right at the beginning. At what point did you think, 'OK, I should continue this or I'm going to give up'?

Vanessa Nakate: I just felt like I had to continue striking, especially because I was still doing it by myself. But then as time went on, more and more people started to get involved in different parts of the country doing the climate strikes. And also in the entire African continent, more activists started coming up and doing the climate strikes and demanding action. And to me, that is enough of a motivation to keep me doing activism, knowing that I am not doing it alone, and that there are millions of young people from different parts of the world striking and demanding climate action.

How does climate activism in your country differ from what it looks like in Europe? We're used to seeing big Fridays For Future strikes here, but what does it look like in Uganda?

Well, of course there is a big difference between the activism in Uganda and in Europe. This is mainly because of two things.

Living Planet: In Africa 'it's Fridays for Now'

If I want to do climate strikes with students, I have to go in the schools because many of them, they have a fear of walking out of school. Just walking out would subject you to either suspension or expulsion.

Also getting permits for marches every Friday is very hard, especially if you don't have a strong organization that is behind you, that is supporting you. So activism in my country — or probably in any other African country — is different because of such restrictions.

With that in mind, how do you get people motivated to go on strikes?

By sharing on social media. That is — mainly on Twitter and Facebook — I would share my strikes every Friday and many people would ask questions about what I was doing and why I was doing that.

The other way is going into schools and requesting principals, director of schools to talk to students on Friday so that I get to discuss with them the challenges that our planet faces and their role in securing a better future.

One other way, we've been doing community reach-outs where we go to local communities and do cleanups, because most of these people, they don't have access maybe to a television. They don't watch the news. They don't know the challenges that the world is facing. So through these local reach-outs or doing cleanups, we get to speak to them, we get to explain to them how they can protect the planet, what they can do for our home, because all of us have a responsibility to play. 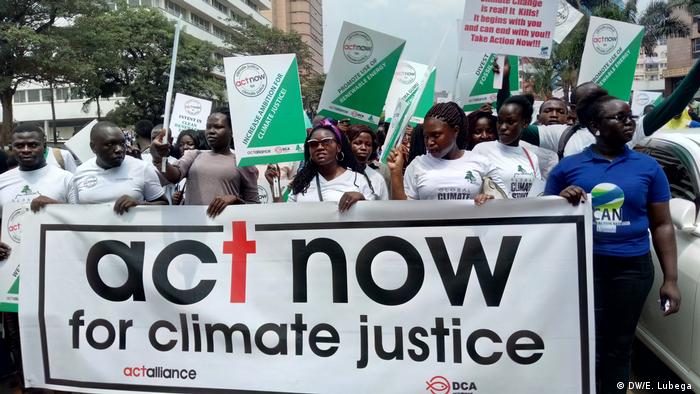 The Global Strike 4 Climate in Uganda's capital Kampala in 2019

Climate change is obviously a difficult thing to explain to anybody in the world. But for you, what are the main issues locally that you are dealing with?

I have clearly seen the danger that climate change places on people's lives and the danger is mainly an issue of food scarcity and water scarcity for people.

A large percentage of the people in Uganda are heavily dependent on agriculture as a source of survival, and that is mainly the people in the rural communities. It also affects those in the urban centers because they get food from the rural communities. It also brings about other problems of seeing more street children on the streets of Kampala. This is because many of them, they're trying to run away from their lands. They're trying to find a better way of survival.

Also, availability of access to clean water for the people, because when it floods, that means the water will still be contaminated. It's submerged even toilets, not just the farms, it also submerged drainage. That means any water source that the community was relying on was also contaminated by the dirt from the toilets. So you find that, even in the flood there is a water scarcity.

You, as well as I guess your colleagues one could call them from Europe, have a whole set of different agendas regarding what issues are important within Europe, as opposed to what is important across Africa or Asia. Has it ever been difficult working with them?

No. I believe in a way, yes, the demands are different, the urgency is different — when it comes to Europe, it isn't as urgent as it is in Africa with the climate crisis. So in Europe, you find that most of the activists, they are mainly targeting the politicians and the leaders in making decisions that will ensure that different parts of the world are protected, that will ensure that the Earth is protected. 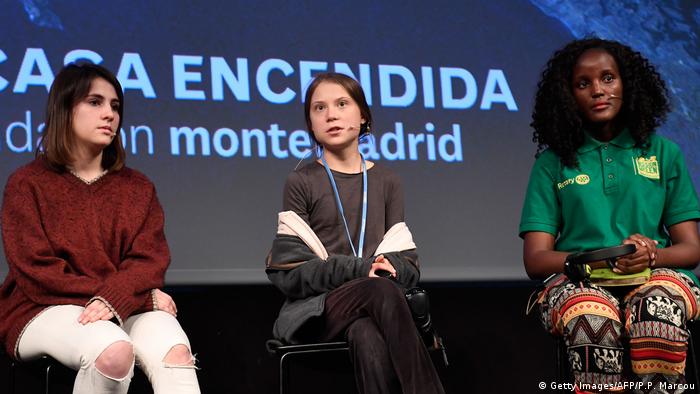 I personally may not have reach to the leaders who determine the existence of the fossil fuel industry, who determine whether we are going to transition to a more sustainable future. Most of those leaders, they have so much influence as well in some of the countries on the African continent. So I feel like if they're able to reach out to those leaders in the European Parliament and put pressure on them to take the decisions that would save our planet, that also helps me out, that also helps the people of my country.

As you point out, places across Africa, whether it's the Sahel, whether it's the coastal areas, they have much more to lose than what we see in Europe. But for you, how does this make you feel when you can see that Africans are actually in a more dangerous position than the Europeans are, but that Africans have so little influence on that?

The weight of influence — it is not the same. The question is: Will they listen to what I will say? Will they find it important if I say it? What if I say the same thing today and no one pays attention to it and another activist from Europe says the same thing and it's given much attention?

What's your message to people across Africa about climate? No pressure.

For the people of Africa, no one is going to fight for you when it comes to the climate crisis.

If Africa experiences issues with the climate crisis, many times, we first look out for international media to talk about it. But now we need African media.

We can only save our continent if we work together. And unfortunately, it's not something that we are seeing right now.

Recently, you've actually been tweeting in German to try and get the message across. What made you do this?

Well, I did that because I was really angry and disturbed by the fact that Germany chose to push coal to 2038. I feel like that helps them and that doesn't help communities that are already being affected by the climate crisis. I feel like 2038 is too late. It's unnecessary and very dangerous for communities that are already facing devastating impacts of climate change.

How Fridays for Future keeps the climate relevant as other crises rage 25.03.2022

Climate issues have taken a backseat as crises like the war in Ukraine and the pandemic dominate the news. But Fridays for Future has integrated these emergencies into its activism instead of competing for attention.