A "hard Brexit," meaning the UK's departure from the European Union's single market as well as customs union, would result in thousands of job losses in the German automotive industry, says a new study. 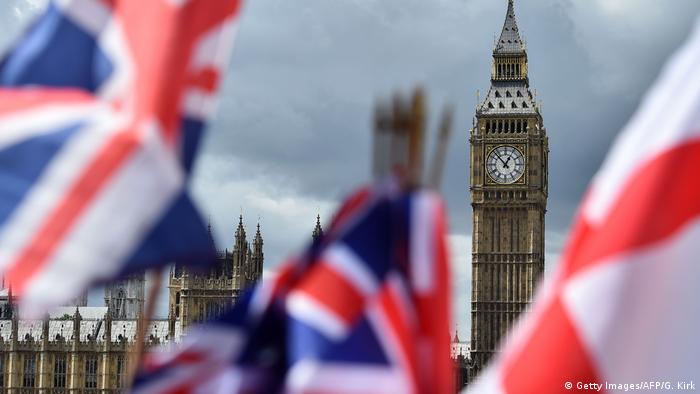 German and European carmakers could see their revenues decline by as much as 20 percent in the event of the UK leaving the EU's single market and customs union entirely, concluded a new study released Thursday by the consulting firm Deloitte.

The UK is an extremely important market for German automakers. About a fifth of Germany's automotive exports are shipped to Great Britain. In 2016, around 950,000 newly registered vehicles in the UK were made in Germany.

It is estimated that as many as 60,000 automotive jobs in Germany are dependent on exports to the UK. Deloitte's researchers projected that about 18,000 of them would be threatened by a hard Brexit.

Formal Brexit talks have started between the EU and the UK

A weakened British pound, they said, would increase the price of German-made cars while decreasing the purchasing power of the British buyer, leading to a drop in demand. Customs duties would raise the car price even higher, with the study estimating that vehicles made in Germany could cost as much as 21 percent more than they do now in the UK.

The report noted that car manufacturers based in continental Europe would be the biggest losers from such a scenario.

It said that although firms based in the UK and those from other non-EU countries would be able to gain some market share in the short term, they would not be able to benefit from the situation in the long run. That's because their production costs would increase as they rely on suppliers based in the EU, whose parts would become pricier, the authors argued.

Formal talks about the British departure from the European Union began this week, with the UK's Brexit Minister David Davis stressing that Britain would have to quit the bloc's common market and customs union to ensure the return of full sovereignty.

The clock is ticking for Britain's exit from the bloc as Article 50 sets out a strict two year timetable. That means a deal will have to be agreed by March 2019, failing which Britain would fall back on World Trade Organization rules, which could result in higher export tariffs and other barriers.

Britain's Society of Motor Manufacturers and Traders, an automotive industry body, this week urged the government to agree on an interim Brexit trade deal, calling for Britain to keep membership of the European single market and customs union until a final Brexit deal has been signed.

Made in Germany - EU - is the common market falling to pieces?