Details of the Brexit separation are still unknown. But nine percent of German firms with interests in Britain are already planning to move investments elsewhere, the German Chambers of Commerce and Industry found. 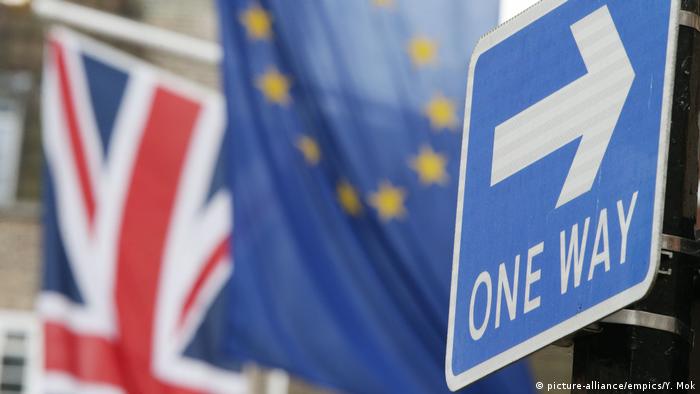 German firms believe Brexit "will seriously damage business with the United Kingdom," according to Eric Schweitzer, president of the Association of German Chambers of Commerce and Industry (DIHK), which surveyed 2,200 internationally active companies.

Some nine percent of firms which have invested in the UK plan to shift investments elsewhere, with Germany and the rest of the EU the top choices in their relocation plans.

Britain is the third-biggest export market for Germany after the United States and France, buying some 86 billion euros ($93.4 billion) of goods in 2016. The DIHK estimates about 750,000 German jobs are dependent on exports to Britain.

Trade will get worse

Nothing will formally change in economic relations between Britain and the 27 remaining EU countries until the end of two-year exit talks - expected to be launched Wednesday by Prime Minister Theresa May.

But while companies have a slightly positive view of present business between the UK and Germany, some 40 percent expect trade to get worse in the coming months.

German exports to Britain fell by 3.5 percent last year compared with 2015, with a particularly large fall in the six months after the June advisory referendum which resulted in the UK moving to exit the EU.

Smaller firms with revenues of between 10 million and 50 million euros per year and those which import goods from Britain are most pessimistic. Importers fear disruption to their supply chains and increased customs bureaucracy at borders.

Looking ahead to the talks between London and Brussels, almost nine out of 10 firms surveyed hope that free movement of goods between Britain and the EU will be upheld once Britain is out of the bloc's single market.

The next fondest hope of German firms was for no increase in bureaucracy, at 83 percent, while 67 percent will look for free movement of capital to be maintained. Around half of the firms would prefer free movement of people between the EU and UK to continue after Brexit.

"There should be as few limitations to movement of goods and as little additional bureaucracy as possible," DIHK chief Schweitzer said.

But "too many concessions by the EU in the negotiations must not endanger the single market," he went on - alluding to fears that allowing Britain to "cherry-pick" benefits of membership in the economic bloc could undermine its members' unity.

"That would be an even bigger problem for our companies set up abroad," he added.

A leading association of British manufacturers has told the country's prime minister that a Brexit without a new trade deal with the EU would be a disaster as firms would have to bear the brunt of future barriers. (27.03.2017)

Brexit as an opportunity for Africa?

As British Prime Minister Theresa May is slated to trigger formal Brexit talks, African nations are gearing up for negotiations of their own. But it's not all doom and gloom since Brexit could work in Africa's favor. (27.03.2017)

EU leaders have announced a summit to make the Brexit process as painless as possible. The announcement comes as both the EU and the UK prepare for years of uncertainty as negotiations get underway. (21.03.2017)