British Prime Minister Theresa May is set to trigger Article 50 at the end of March, her office has announced. The move would then set off two years of formal negotiations on Britain leaving the European Union. 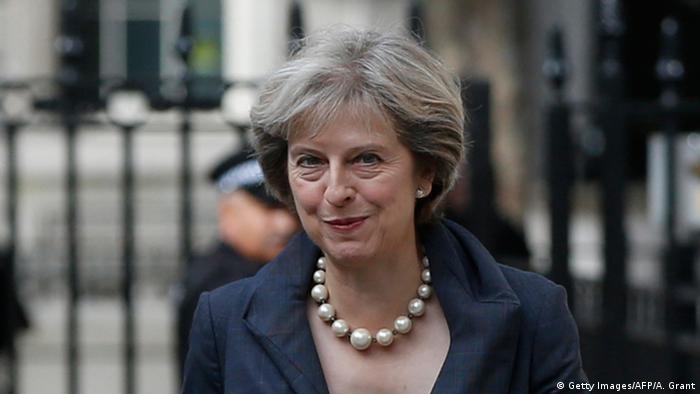 To be or not to be … British

With the Brexit bill now passed and the UK poised to start its long walk out of the EU, national identity has assumed a whole new relevance for millions of Europeans. Tamsin Walker is one of them. (18.03.2017)

Scotland's First Minister Nicola Sturgeon has softened her stance on the timing of a second referendum on independence from the UK. Last week, she called for a new vote before the UK leaves the EU. (20.03.2017)

Britain's House of Lords has given its final approval for a bill empowering Prime Minister Theresa May to trigger Brexit negotiations. The bill now just needs royal assent from Queen Elizabeth II to become law. (13.03.2017)

Prime Minister May will write a letter to the European Union on March 29 to formally announce Britain's withdrawal from the soon-to-be 27 member bloc, a spokesman for the British leader said on Monday.

Triggering Article 50 of the Lisbon Treaty will start the clock on two years of formal negotiations, at the end of which Britain will leave the EU. The British parliament backed May's Article 50 plan last week after 51.9 percent of participants voted for Brexit in a referendum last June.

"Next Wednesday, the government will deliver on that decision and formally start the process by triggering Article 50," Brexit Minister David Davis said in a statement.

"We are on the threshold of the most important negotiation for this country for a generation."

The European Commission said on Monday that it is prepared to begin Brexit negotiations after the British government confirmed the date it will launch the process.

"Everything is ready on this side," Margaritis Schinas, the chief spokesman for the EU executive, told a regular news briefing.

On Twitter, Tusk said that he would present the other 27 member states with draft Brexit negotiating guidelines within 48 hours of the UK triggering Article 50.

Before negotiations with the UK can begin, the other EU member states must meet to confirm the Commission's negotiating guidelines. Officials say that a summit is likely to be held in early May.

Merkel: 'It makes no difference'

Monday's announcement comes just days before the EU celebrates the 60th anniversary of the Treaty of Rome which created the bloc.

German Chancellor Angela Merkel rejected that the UK's announcement will overshadow a summit to mark the anniversary.

She said "it makes absolutely no difference whether the notification comes one day earlier, or three or seven days afterward."

Merkel added that Europe's focus in the coming years will be to work on Brexit negotiations and "how we can strengthen the cooperation of the 27" other members.

May's preparations for Brexit were hit hard last week by Scottish First Minister Nicola Sturgeon's announcement that she planned to hold a new independence referendum in order to maintain the country's ties to the EU.

On Sunday, Sturgeon said she was prepared to delay the vote to appease the government in London after initially pushing for the vote to take place in late 2018 or early 2019.

The nationalist party Sinn Fein in Northern Ireland, which made major gains in regional elections earlier this month, has also called for a referendum on breaking away from the UK and uniting with the Republic of Ireland.

Out of the United Kingdom's four nations, Scotland and Northern Ireland voted to remain in the EU while England and Wales voted to leave.

In June, British citizens narrowly voted in favor of the UK leaving the EU. Ahead of the vote, the pro-Brexit movement campaigned on an anti-migrant platform.

Prime Minister May has said she will prioritize controlling immigration during the negotiations. Brussels, however, has warned that if the UK fails to provide freedom of movement, it will not have access to Europe's single market.