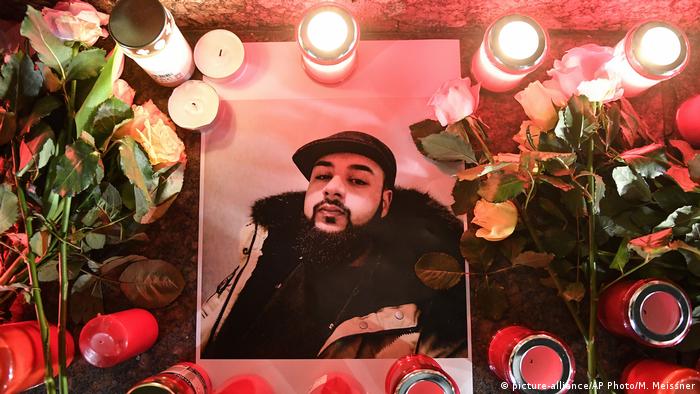 Germany is in a state of shock after a suspected far-right attack in the western town of Hanau left nine people dead and a community reeling.

The alleged perpetrator subsequently shot himself and his mother.

DW takes a look at what we know so far about the victims.

German federal prosecutor Peter Frank told German media that all of the victims had an immigrant background. They included both German and foreign citizens aged between 21 and 44.

The bar's owner, a Turkish immigrant named Sedat C., was one of the first people killed. According to German news magazine Stern, Sedat was from the Turkish city of Hatai, and had opened the hookah bar two years ago.

Another victim was Ferhat Unvar, a 23-year-old of Kurdish descent. Unvar's father, Metin Unvar, told German broadcaster RTL that his son had just finished his education and was excited about the future.

Hamza K., a 22-year-old whose family fled to Germany from Bosnia during the war there, is also reported to have been killed in the bar.

The second shooting took place at the Arena Bar & Cafe, located in the neighborhood of Kesselstadt, a few kilometers from downtown Hanau.

Muhammed Beyazkindir, who was shot in the attack and it currently recovering, told Turkish media that the attacker "shot at everything he saw."

Gökhan G., a 37-year-old of Turkish descent, was killed in the shooting at the cafe in Kesselstadt.

Read more: Germany in shock and rage: reactions to the shooting in Hanau

Can-Luca Fresenna, the son of the cafe's owner, told local media that two employees were killed in the attack, including a pregnant woman.

Mercedes K., a 35-year-old of Roma descent, was shot and killed when the attacker burst into an adjacent corner store.

Hookah bars and small shops in Germany are frequently owned by immigrants with a Turkish or Kurdish background.

Germany's attorney general has said the deadly shootings at two hookah bars were fueled by deep-seated racism. Investigations will focus on the suspect's possible connections, both in Germany and abroad. (20.02.2020)