Hanau Attacks: What Motivated the Perpetrator?

Melissa Kaynak stands pensively in front of a kiosk in central Hanau. Diagonally across the street is the Midnight shisha bar, sealed off with a police cordon. On the corner opposite, people have laid candles and bouquets of flowers. Slowly, the empty street fills with journalists and passersby. An eerie calm hangs over the kiosks, snack bars, and gambling halls of the neighborhood where, one night earlier, a suspected right-wing extremist shot several people dead.

The social worker with Turkish roots went to the bar for the very first time shortly after the crime took place. She was looking for her brother, who sometimes hangs out there. "I couldn't reach him on his phone and I was worried. That's why I came in person."

Kaynak says she comforted a girl who had been in shock, and prayed with eyewitnesses amid the police cars and ambulances. 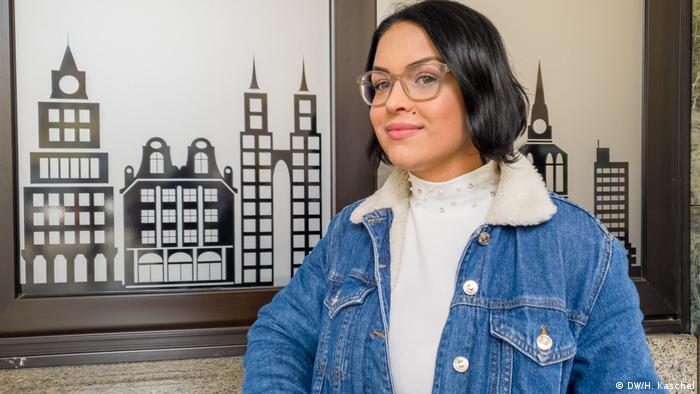 The perpetrator killed 10 people on Wednesday evening, first hitting the Midnight shisha bar, and then a second bar and kiosk in another district of Hanau. Six people were injured. Nine of the victims had an immigrant background.

The suspected perpetrator — a 43-year-old German — and his mother were later found dead with gunshot wounds in their apartment. According to Germany's attorney general, the suspect left video messages and a "manifesto" that revealed a "deeply racist worldview."

You can read more about how the Hanau shooting unfolded here.

'I want something to finally happen in Germany'

Kaynak is furious. "This was an anti-Muslim, racist attack, an attack against foreigners. Innocent people died today and I don't understand it," she says.

Of course, she's more scared now, says the social worker, who does volunteer work with teenagers in her free time.

"I want something to finally happen in Germany. First there was Halle, now this. I want us to stop talking about each other and instead talk with each other, and try to educate young people and children and talk to them about racism, whether it's anti-Semitism, skin color, religion, culture, or origin. We should discuss it together in schools and universities and at workplaces." 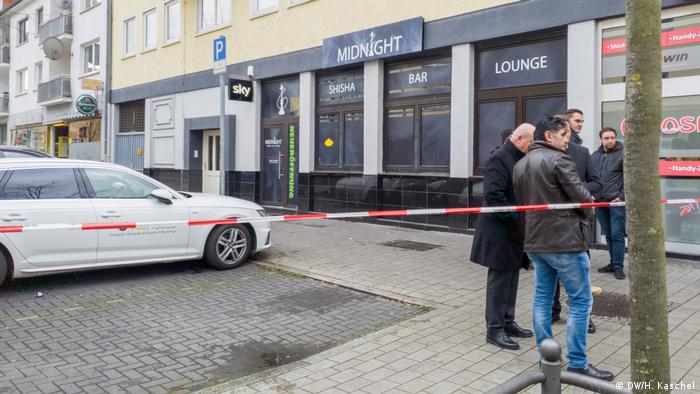 With every passing minute, the area around the shisha bar grows more crowded. Mehmet Tanriverdi has also come here. The deputy chairman of Germany's Kurdish Community, a national association, carries a bouquet of roses. He slowly approaches the crime scene, where he speaks quietly to journalists. Several Kurds were among the victims.

"We are stunned," Tanriverdi says. What happened in Hanau, a city with a community of about 5,000 Kurds, was terrible, he adds. "We'd never have imagined that something like this could happen in a cafe in an open-minded city. We hope that we'll get a thorough explanation."

'We shouldn't be afraid'

Although the Kurdish community has recently received a growing number of threats, these haven't been directed at normal citizens, Tanriverdi says. He doesn't think the perpetrator was actually targeting Kurds. 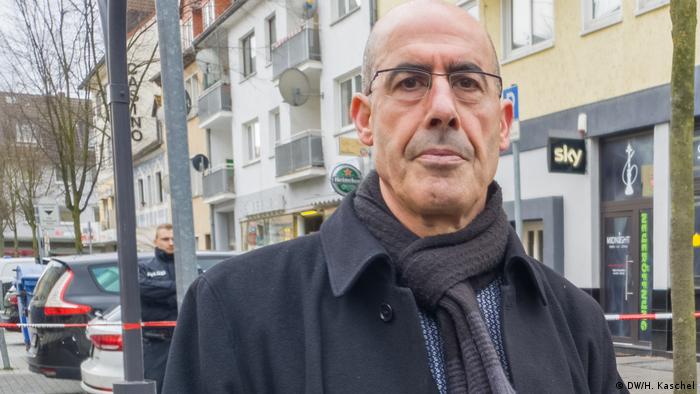 Mehmet Tanriverdi: 'We should stand tall against right-wing extremism'

Xenophobia exists in every city,  Tanriverdi says — something like this could happen anywhere, especially after the attack in Halle in October, where two people were shot dead at random.

"We aren't safe anywhere," he says, adding, however, that people shouldn't withdraw from public life.

"We shouldn't be afraid. We should stand tall against right-wing extremism, take to the streets, make a stand. I believe that tonight there are vigils in all cities in Germany and that's very good."

Now the massive crowd of camera teams, photographers, and onlookers starts to move. German Interior Minister Horst Seehofer has arrived. While the journalists jostle for a good seat, a young woman complains about the throng. "All these cameras won't bring back the dead," she shouts. Unnoticed by the TV teams, she bends down in a doorway to light a candle. 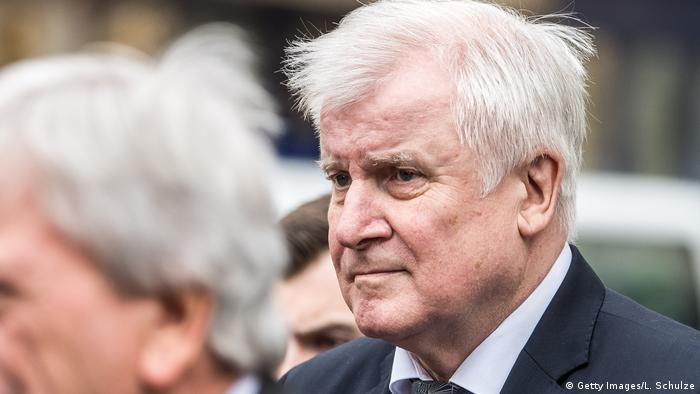 Seehofer takes his place between Federal Minister of Justice Christine Lambrecht and premier of the state of Hesse, Volker Bouffier. Beside a tree in front of the Midnight shisha bar, the politicians lay flowers and wreaths on a small patch of green. "We've come to show our recognition," says Seehofer. "Today I've ordered all public buildings in Germany to fly their flags at half-mast."

Seehofer says they will do everything they can to understand what led to this horrible act and evaluate the consequences. Later that evening, he will speak with all state interior ministers about how security can be guaranteed, especially at public events and in sensitive locations. He repeats the words Chancellor Angela Merkel used earlier in the day: "Racism is poison." It's important, he said, "to stand up to the enemies of the rule of law and freedom." 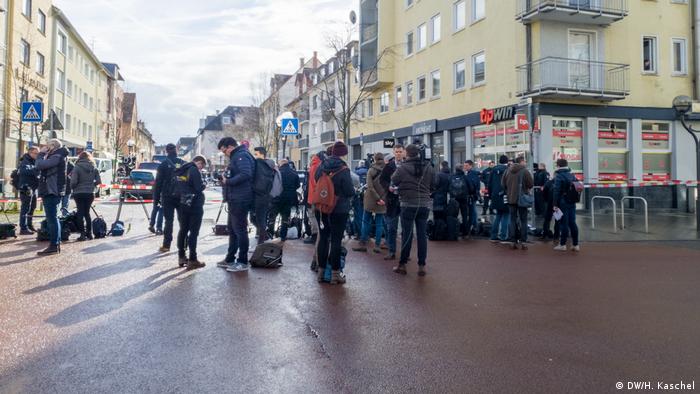 Reporters gather at the crime scene one day after the shooting

Ayse Tek and Mehmet Topan observe the scene in front of a kebab shop. The 19-year-old student and the 27-year-old tile-layer were lucky — they go to the Midnight shisha bar all the time. But on Wednesday evening, Tek decided at the last minute to stay home. Topan had been there on Tuesday.

"Last night, I was playing Playstation at home and suddenly I got a message from a friend via Whatsapp that someone had been shot," the young man says. "For me, that was pretty crazy. I'd just been there the day before."

Read more: Germany in shock and rage: reactions to the shooting in Hanau

Tek, a native German with Albanian roots, says she felt uncomfortable in Hanau today. "I've been paying a bit of attention to where I'm walking. You can see that I am a foreigner. I have black hair, dark eyes. I talk a bit like a foreigner. But what can you do?"

Both feel that xenophobia has gotten worse in Germany in recent years. "I think it's really extreme today. It's gotten worse. On the bus, for example, you sometimes hear statements like, 'Go back to your country'."

After what happened last night, they say they're afraid to go into bars.

"I think shisha bars should have cameras and doors should always be locked," Tek says.

Besides security measures, the 19-year-old also hopes for social change in a country where the list of cities that will forever be linked to xenophobic murders now has one more name: Hanau.

Nine people were killed in two shootings at hookah bars in the city. The suspected attacker was later found dead in his home next to his mother's corpse. (20.02.2020)

Hanau Attacks: What Motivated the Perpetrator?