Kiez Döner in Halle has reopened for the first time after a 20-year-old man was shot in the fast-food outlet during a far-right terrorist attack. The two brothers who were working at the time have taken on ownership. 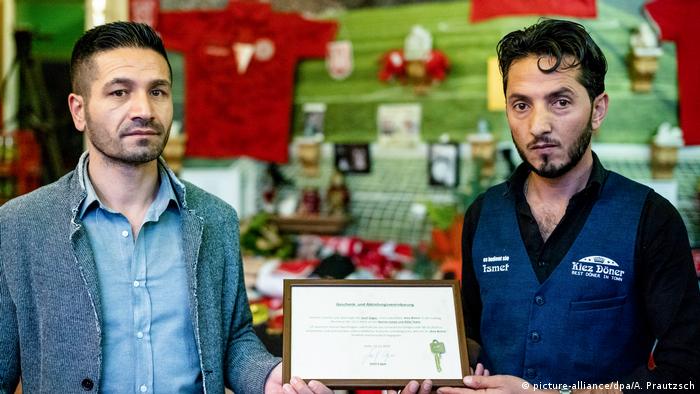 The owner of a kebab shop targeted during an anti-Semitic terror attack in Halle has handed over the fast-food outlet to two staff members who were there at the time. They opened its doors on Saturday for the first time since the deadly incident.

"I wish my successors much energy to be able to come to terms with the terrible event on October 9 and hope there are many customers of different cultures and religions," wrote Cagac in a letter published on the German news portal Zeit online and in Der Spiegel magazine.

Reiner Haseloff, the premier of the state of Saxony-Anhalt, also attended the fast-food outlet's reopening, emphasizing the importance of a new beginning.

Haseloff was also the store's first customer at 10 a.m. local time (0900 UTC), eating a kebab with former owner Cagac to fulfil a promise he made following the shooting. 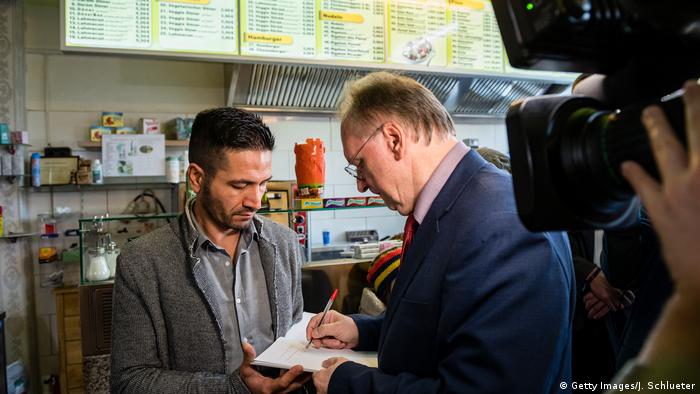 Cagac stated his intention to pass on the kebab store in October in the regional Mitteldeutsche Zeitung, but the report noted that at the time it was not known if the two brothers wanted to take on the store.

Random killings after failing to carry out massacre

Five weeks ago a heavily armed man attempted to gain access to a synagogue in Halle on Yom Kippur, the holiest day in the Jewish calendar.

On failing to get into the building, the man killed two people at random — a 40-year-old woman who was walking past and a 20-year-old in the kebab shop — before being arrested.

The suspect in the case has confessed to the attack and admitted to right-wing extremist and anti-Semitic motives.