More than a dozen people were killed when gunmen in vehicles opened fire in several districts of the city of Reynosa, close to the US border. 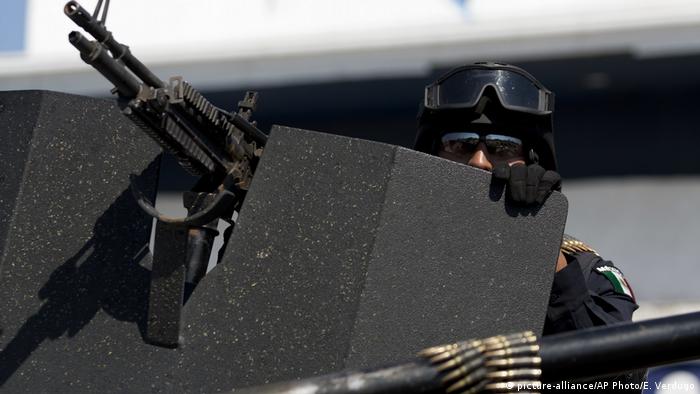 State police, the army and the National Guard were all mobilized following the killings

Gunmen in sports utility vehicles shot some 14 people in different parts of the Mexican border city of Reynosa, according to reports on Sunday.

Another person was reported to have been killed in an attack on police near a border bridge.

Criminal activity in the city — which lies across the border from McAllen, Texas — has long been dominated by the Gulf Cartel, but splits are thought to have developed in the gang.

Local media reports on Sunday put the death toll as high as 18.

The attacks began early Saturday afternoon in several neighborhoods in the eastern part of Reynosa, according to the Tamaulipas state agency that coordinates security forces.

The identity of the victims and the attackers was initially unknown, as well as the motive.

"Investigations were initiated to establish the causes of the homicides and locate those responsible, particularly in the surveillance and patrolling actions that are carried out in various parts of Reynosa," said an official report.

The violence mobilized the army, National Guard, state police and other agencies.

Spiraling deaths in battle for control

Various cartels are battling for control of smuggling routes to the US that are used to transport drugs, weapons and people.

Successive governments have failed to bring the crime syndicates under control. Many have accused law enforcement and the judiciary of colluding with the gangs, or of having succumbed wholesale to corruption.

Spiraling homicide statistics, instability and high levels of corruption have led some US commentators to conclude that Mexico is on the path to becoming a failed state.

Lopez Obrador has criticized past administrations for their policies that prioritized the removal of cartel leaders.

US Homeland Security Secretary Alejandro Mayorkas has declined to pass judgment on the policy, saying he does not know what it means in practice.

Mexico: Ex-defense chief pleads not guilty in US drug case

Salvador Cienfuegos is charged with three counts of drug trafficking and one of money laundering in the US. He was arrested last month as he landed in the Los Angeles airport.