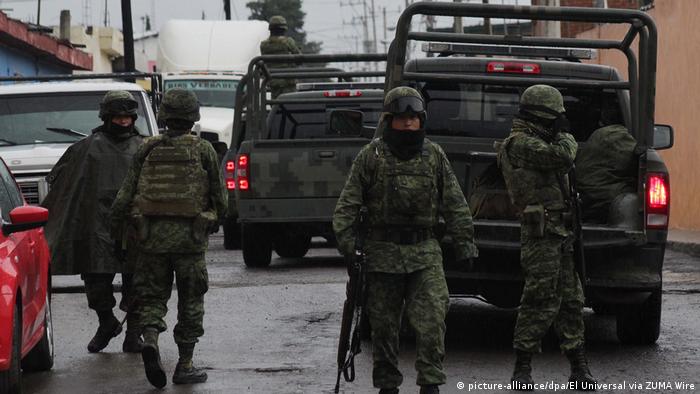 A gunfight in the northwestern Mexican province of Sinaloa left 16 people dead, officials said on Thursday, as infighting within drug kingpin Joaquin "El Chapo" Guzman's powerful drug cartel spilled over into the streets.

The victims, who were heavily armed and wearing bullet-proof vests, died following a six-hour shootout on Wednesday near the town of Tepuche — located outside the state capital Culiacan.

Sinaloa's state security minister Cristobal Castaneda told reporters that "a van with seven bodies was located" following a first clash, while nine bodies were found after a second shootout.

He added that the violence was "part of a struggle between two organized crime gangs in the area."

'They want to take control'

The region has seen a wave of violence in recent weeks, as tensions rise over control of the Sinaloa drug cartel.

Since late May, the rival gangs have clashed on eight different occasions, Castaneda said.

Following Guzman's capture in 2016, his sons agreed that Zambada would temporarily assume control of the cartel while they learned the ins-and-outs of the gang.

"It's a matter of inheritance. Since their father founded the Sinaloa cartel, they believe they should manage it," Mike Vigil, former head of international operations for the US Drug Enforcement Agency (DEA), told news agency AFP.

"They only knew how to spend the money, but now they know how the cartel operates and they want to take control, and that's why these disputes are happening."

Guzman was later extradited to the United States and is currently serving a life sentence.

Drug cartels in Mexico have been handing out food to people in need during the coronavirus pandemic. The organized crime networks are vying to maintain and even grow their influence. (26.04.2020)

The number of homicides recorded last year in the North American country rose to 34,582. President Lopez Obrador took office in December 2018 pledging to reduce violence in the murder-plagued country. (21.01.2020)