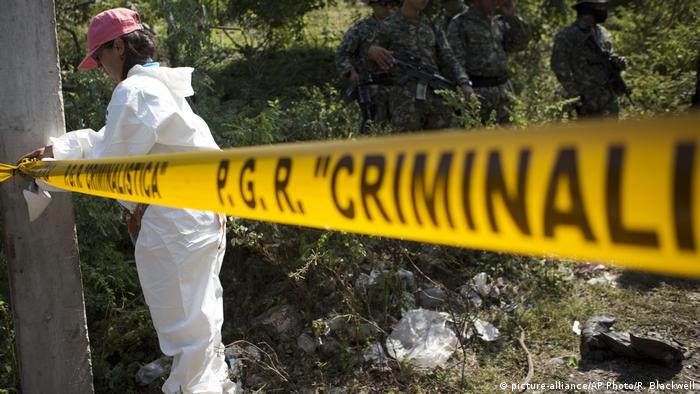 Mexico reported on Monday the highest annual figure of murders since records began more than 20 years ago.

Of all the months, June was the month with the highest number of victims, totaling 2,993, detailed the report released by the Executive Secretariat of the National Public Security System.

Nevertheless, there was a slight drop in the figure in December 2019 compared with the previous month.

The overall increase will come as a blow to President Andres Manuel Lopez Obrador, who assumed office with a pledge to pacify the country with a softer approach to security. However, an expert on crime issues at the National Autonomous University of Mexico (UNAM) said the statistics were "practically identical" over the last two years, given the number of inhabitants.

The state with the highest homicide figure per 100,000 inhabitants was Colima, located on the central Pacific coast, and the least was Yucatan, the tourist spot famed for its Mayan ruins.

Crime in Mexico is often intertwined with the United States. Drug traffic-related murders in the Latin American nation are often committed with weapons smuggled in from the US. Meanwhile, American overdose deaths, from drugs that frequently originate in or travel through Mexico, surged to about 70,000 annually in recent years, according to the US Centers for Disease Control and Prevention.

Two high-profile episodes in recent months focused attention on Mexico's challenge to keep its citizens safe. In October, Lopez Obrador's security cabinet decided to release the captured son of drug lord Joaquin "El Chapo" Guzman to avoid bloodshed between authorities and criminals that the government worried would affect civilians. Secondly, in November, nine members of a Mormon family with dual American-Mexican citizenship were killed in an attack by cartel gunmen.

Crop diversity is crucial for sustainable agriculture. In Mexico, an NGO is raising awareness of the issue by encouraging traditional farming methods and reviving neglected local recipes through a new cookbook. (24.12.2019)

Many dead and wounded in Mexico prison riot

Prisoners fought each other with firearms and knives. Authorities believe the weapons were brought to the prison during New Year's Eve visitations. (02.01.2020)

The Mexican government has defended releasing the son of Joaquin "El Chapo" Guzman after cartel gunmen launched an assault on the raid. Some worry the move will embolden cartels to resist future arrests more violently. (22.10.2019)