Mexico′s military to take control of ports in the war against cartels | Business| Economy and finance news from a German perspective | DW | 07.10.2020 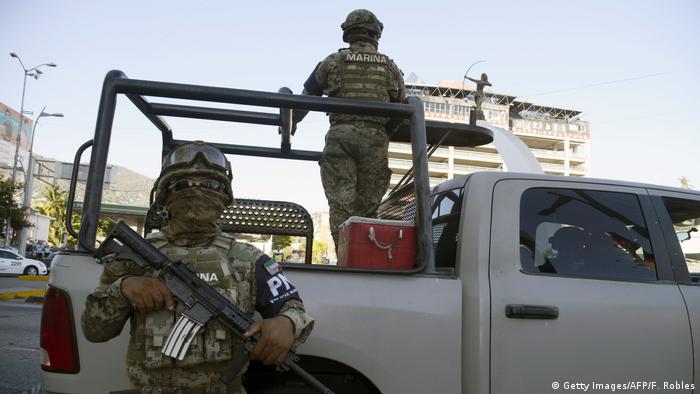 Since taking office at the beginning of 2018, Mexico's President Andres Manuel Lopez Obrador — often referred to as AMLO by his supporters — has been making the fight against arms and drug trafficking, as well as stopping the thriving trade in illegal timber and minerals, a top priority of his government.

Civil government institutions, however, are losing the war against the criminal networks that appear to have infiltrated much of Mexico's crucial maritime infrastructure, including ports and customs services.

Amid rampant corruption, Mexico's organized crime cartels have "mutated over the past 15 to 20 years," said Falko Ernst, a senior analyst at the International Crisis Group (ICG) think tank. The Mexico City-based analyst told DW their business was no longer only focused on smuggling drugs but has shifted to gaining "strong territorial control."

The Mexican drug cartels have diversified their business model, which was formerly rooted in murder, kidnapping and drug trafficking. Now they are targeting sectors such as mining, logging and real estate, he says.

Raul Benitez Manaut, a political scientist and security expert at the Centro de Investigaciones sobre America de Norte (CISAN) think tank, told DW that "it's been known for many years that corruption was rife within port administrations and the customs service." President Lopez Obrador believes that the armed forces are "less corrupt and can fight organized crime more effectively." 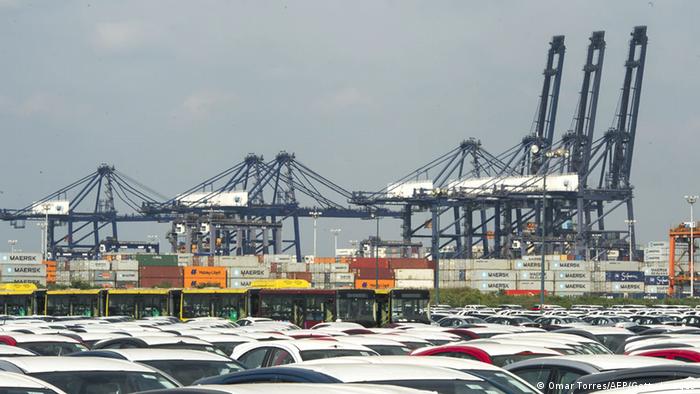 The port of Lazaro Cardenas is the largest Mexican seaport, with an annual capacity of around 2.2 million containers

Under AMLO's latest plan, customs and port operations would be taken away from the civil servants in the Transportation Ministry and placed into the hands of army personnel. Respective legislation has already cleared a first hurdle in parliament last week and is expected to get final approval from lawmakers.

Attempts to give Mexico's military leaders greater powers in the fight against corruption aren't new to the country's politics. The previous government placed one of Mexico's most important ports, Lazaro Cardenas, under military control in November 2013, as local law enforcement officials had been suspected of collaborating with the drug cartels operating in the port city.

ICG's Falko Ernst notes that securing military control over ports such as Lazaro Cardenas and Veracruz is a crucial step because the maritime infrastructure through which drugs and illegal goods are channeled "is making huge profits" for the cartels.

"Taking control over that [infrastructure] brings the government one step closer to controlling the problem," he said.

However, it would be an illusion to believe that the illegal trade could be stopped, he adds, due to the vast volumes of containers shipped daily to and from those ports. Even stronger administrations in more advanced countries are unable to achieve this, he argued.

But Mexico's president has vowed to crack down on the rampant graft problem: "We will clean up and remodel the entire customs and port administration systems in the country," Lopez Obrador said in mid-July — an all-out call to arms that invited criticism even from within his own government, and prompting Transportation Minister Javier Jimenez Espriu to step down.

Opposition leaders and other critics are also alarmed by what they describe as a "militarization of Mexican ports" that they say is threatening to have negative economic consequences.

"There is a real danger of slowing Mexico's foreign trade because they [the military] have neither the capacities nor the experience and know-how of running the customs and port operations," Marcelino Tuero, head of an advisory panel to Mexico's commercial shippers, told El Sol de Mexico newspaper recently.

The military would become a player in business, he warned, as the legislation was also giving it a "monopoly on procurement for maritime infrastructure."

Benitez Manaut from CISAN shares the criticism, stressing that military leaders shouldn't be allowed to launch tenders for civil infrastructure projects. At the same time, he admits that contractors would actually prefer military over civil procurement because they are saying: "There you have clearer rules, and they are monitoring port operations more efficiently."

AMLO's legacy on the line

During his election campaign some two years ago, Lopez Obrador pledged to curb the rising influence of the military under the previous governments and confine them to their barracks. Ernst says that the president has done exactly the opposite.

"The military budget is growing, and the army is taking over more and more state functions," he told DW. 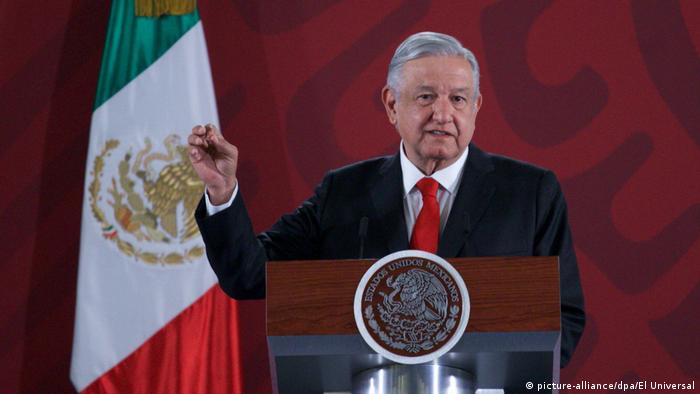 Often described as an economic nationalist, Lopez Obrador has been a politician for more than three decades

Under a government directive adopted in May, Mexico's armed forces have been given a role in ensuring law enforcement in the country. Moreover, the Defense Ministry has been charged with completing the Santa Lucia international airport, one of the signature projects of the current government.

"It's a bad sign that the armed forces are taking on responsibilities that a normal, democratic government would place into the hands of civil forces," said Benitez Manaut, adding this would weaken civil institutions.

Ernst adds that Lopez Obrador's policies would concentrate both more political and economic power in the hands of the military. "Apart from running the ports and securing the border, the Mexican defense ministry, meanwhile, has come to be the de facto biggest construction company in Mexico, a trend that appears to continue."

The ICG analyst describes the president's claim the military is less corrupt as a myth and sees a rising danger of more corruption in Mexico if the generals are given a stronger role in running civil life. "There has always been corruption within the armed forces, there have been illegal killings and people just disappeared," he said, and notes that transparency and control within the military is even weaker than in general society.

He believes Lopez Obrador's pro-military policies are deeply rooted in his ambition to go down in history as Mexico's "great reformer, who has changed the country."

"There is the narrative that he aims to give the military, as a stringent and hierarchically structured force, more powers and resources to improve his chances of introducing change as quickly as possible, while at the same time avoiding a possible backlash from the armed forces," Ernst argued.

Benitez Manaut hopes the military leaders themselves are sufficiently aware of the prominent and crucial role they are playing, and that they restrain themselves by accepting their new tasks only temporarily. But even more important, he says, is that civil society in Mexico maintains the pressure on the military leaders by demanding accountability on all of their actions.

Adapted from German by Uwe Hessler

Mexican authorities have pulled at least 23 bodies from a mass grave close to a police station near Guadalajara. Over 73,000 people have gone missing since the government started cracking down on drug cartels in 2006.